BY LOURDES CHARLES and ANDREW SAGAYAM

KUALA LUMPUR: Gold, luxury cars, bungalows and property worth RM9mil amassed by the M16 gang using money laundered from their robberies have been seized by police under the Anti-Money Laundering Act 2001(Amla).

It is learnt that a federal police task force is investigating the money-laundering activities of the trigger-happy gang following the successful operation which ended its three-year reign last December.

Sources said the team had seized at least six luxury cars, several bags of gold, houses and other valuables allegedly bought by the gang members.

“This is the first case my men are investigating under Amla since it became law January last year.

“We hope to seize more property and other valuables as the gang is said to have amassed a fortune of about RM21mil.

“My officers will trace the whereabouts of the valuables and cash and return them to the rightful owners in accordance with the law,” he told The Star yesterday.

Sources said the gang members had ventured into various legitimate businesses to cover up their activities.

It is learnt that police officers are checking with the Registrar of Companies on several businesses allegedly owned by one of the gang leaders identified as Sum Wing Chang @ Sunny Chai @ Fei Chai, who was one of those involved in the Bank of Tokyo robbery in 1985.

The officers are also investigating the businesses of Elvis Keh Jiang Long, a Singaporean, said to be the mastermind of the robbery.

The sources said both Keh and Sunny had laundered their money and opened up legitimate businesses including goldsmith shops, car accessories shops, a seafood restaurant, a snooker centre, a hair salon, an air-conditioning and electrical services shop besides running an illegal money-lending operation here and overseas.

A deputy minister even attended the opening of the air-conditioning and electrical services shop in Sri Petaling here last year.

They said the gang members had also bought several houses, shop lots and luxury cars to project themselves as wealthy businessmen.

The gang members were said to have mingled with high profile businessmen, politicians, community leaders and even police officers.

CID director Comm Datuk Salleh Mat Som and his deputy, Senior Asst Comm (1) Datuk Mokhtar Hassan, led a police operation on Dec 28 where two members of the gang were killed in a shootout.

The third gang member was killed in another shootout in Johor on Dec 29. 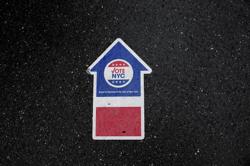