Maid charged with murder of employer

BALIK PULAU: An Indonesian maid was charged in a magistrate's court here yesterday with the murder of her 66-year-old employer last month.

Aida Sukardi, 19, from Belawan, East Jawa, was alleged to have murdered Mok Lan in a house at Solok Kampung Jawa 3, Bayan Baru, Bayan Lepas, at 10am on Dec 30 last year.

No plea was taken after the charge was read and explained to Aida before magistrate Helmi Ghani, who fixed Feb 19 for mention.

Aida, represented by V.M. Ravindran who was engaged by the Indonesian Consulate, was charged under Section 302 of the Penal Code, which carries the mandatory death sentence upon conviction.

Mok was admitted to a private hospital here after sustaining serious head injuries and died on Jan 5 after being in coma for six days.

The maid allegedly strangled and then repeatedly banged Mok's head on the floor after tricking her into going into the bedroom on the pretext of asking about some housework.

Aida, who was missing from the house after the incident, was on the run for eight days and survived on handouts before she was detained.

A member of the public spotted her based on her mugshot published in major newspapers.

The maid was believed to have worked for Mok for only 10 days before the alleged incident. 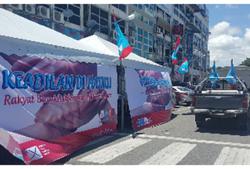 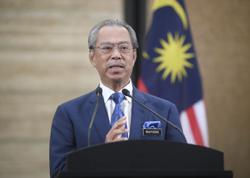