KUALA LUMPUR: Celcom (M) Bhd has obtained an interim injunction stopping a service provider from proceeding to wind it up over an alleged debt of RM17.7mil pending an appeal.

The judge also fixed March 7 to decide whether to grant Celcom an Erinford injunction to stop the winding-up proceedings initiated by Inmiss Communication Sdn Bhd from going any further pending the disposal of an appeal to the Court of Appeal.

Celcom is appealing against a decision by Justice Zulkefli on Nov 15 dismissing its application for an injunction to restrain Inmiss from filing the winding-up petition.

Inmiss filed the petition on Dec 10 claiming that it had provided Celcom with “value added services” pursuant to an agreement dated May 30, 1997.

The company, which was formerly known as 600 Information Services Sdn Bhd, said Celcom had never disputed the services provided at all material times.

It said it had issued letters of demand, debit notes, invoices and statements of account to Celcom with regard to the services rendered.

It said that it had also asked for payments from Celcom by issuing and serving on it a statutory notice under Section 218 of the Companies Act 1965 in June.

Apart from seeking to wind-up Celcom, Inmiss also asked that an official receiver be appointed as the provisional liquidator of the company and the costs of the petition be paid out of Celcom’s assets.

In the Erinford injunction application filed on Christmas Eve, Celcom said the petition had a devastating effect on its business operation in that there was a possibility of its shares listed in the Kuala Lumpur Stocks Exchange, being suspended and credit facilities being stopped or withdrawn by banks.

It said it had already received a letter from the KLSE on Dec 20 asking it to explain the petition.

It added that all of its corporate exercises, especially the merger with TM Cellular Sdn Bhd, would be affected by the petition. 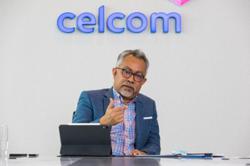