KUALA LUMPUR: Hambali, Asia’s most wanted terror suspect with links to Osama bin Laden’s al-Qaeda movement, had at least RM2mil cash in hand to run his campaign of terror while he was operating in the region, according to intelligence reports.

The 38-year-old Indonesian preacher who is now on the run was al-Qaeda’s regional director and the mastermind of the Jemaah Islamiah, a radical movement said to be responsible for the Bali bomb blasts that killed over 190 people.

Hambali, whose real name is Riduan Isamuddin, collected over RM800,000 from many unsuspecting Malaysians and those from neighbouring countries who thought the money was to help needy Muslims – the non-governmental organisation which collected the funds was actually a front to finance his extremist plans.

Malaysian police, who have painstakingly tracked Hambali’s movements and traced his financial backing, found that up till December 2001 the RM800,000 was used to buy arms and send JI members for training in Afghanistan.

“The money was also used to blow up a train station in Manila and to stage bombings in churches in Indonesia,” said an intelligence source, adding that part of the money was used to buy four tonnes of ammonium nitrate, an ingredient essential for making explosives.

In 1998, Hambali directed JI members, comprising mainly Indonesians working in Malaysia, to set up an NGO as a front to enable donations to be collected on the pretext of helping needy Muslims.

The NGO – Pertubuhan al-Ehasan (PAE) – functioned openly at a shoplot in Teluk Panglima Garang in Selangor, according to police sources.

“It was easy for the association to collect money from generous Malaysians, as in 1999 alone, police found that RM37,000 was collected.

The money was channelled to militia groups in Ambon who were battling Christians..

“In 2000, the donations increased to RM77,000 and the money was again sent to Ambon through Hambali and Abubakar Ba’syir,” the source said.

Inspector-General of Police Tan Sri Norian Mai said Indonesia had suggested setting up a special team of police officers from various countries to track down Hambali.

“He collected money from unsuspecting people, not only in Malaysia but all over the world,” he told The Star.

Abubakar Ba’syir, an Indonesian preacher, is the head of JI but he has denied involvement in the matter.

The 63-year-old cleric, who is being detained by Indon-esian authorities, has blamed the United States for the allegations.

The JI, set up by Abdullah Sungkar, another Indonesian preacher, was formed in Ma-laysia in 1995.

After Abdullah’s death, the leadership was taken over by Abubakar Ba’syir, with Hambali being the mastermind.

It was formally listed by the United Nations as a terrorist organisation on Oct 23, last year.

The JI, which has ties with other terrorist groups in the region, wants to set up a pan-Islamic state – comprising Indonesia, Malaysia, Sing-apore, Brunei, the Philippines, Thailand and Cambodia – called Daulah Islamiah Raya, through arms uprising against the governments of these countries.

Police said the PAE carried out welfare projects to conceal its motive but it was generally a front to co-ordinate activities of JI members who were sent for arms training in southern Philippines for jihad (holy war) in Ambon and Afghanistan.

In the name of humanitarian missions, the PAE was also linked with another international NGO, with 70 affiliates worldwide, to help war refu-gees in Afghanistan.

Malaysian police said the money collected was also used to host Zacarias Moussaoui – who is linked to one of the aircraft hijackers in the Sept 11 attacks in New York and is currently in a Virginia jail – as well as to rent a safe house for terrorists in Karachi.

Norian said the fresh leads were important to Malaysian police in their continuing fight against terrorism and extremist groups in the country.

“It has also enabled us to put together how the JI operates, particularly from the funding aspect.

“The Malaysian police, with the co-operation of our counterparts in the region, will not tolerate groups which advocate the use of violence to achieve their objectives,” he said. 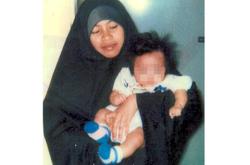