Reezal Merican: Pak Lah is doing well, just like before 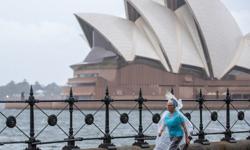