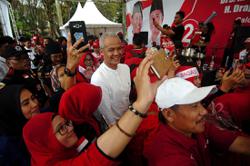 LEADER of Indonesia’s Gerindra Party (Gerindra) Prabowo Subianto fought to the bitter end in the last two elections, in which he was beaten, twice, by President Joko “Jokowi” Widodo, the former Surakarta, Central Java, mayor, who Subianto brought to Jakarta only for Jokowi to dash his presidential dream. But the rivalry between the two political figures, which once divided the nation into groups of cebong (tadpoles, the pejorative term used to describe Jokowi’s supporters) and kampret (bats, the one used to describe Prabowo’s), was over as soon as Prabowo chose to join the Jokowi administration and became defense minister.

Today, as the nation prepares for a post-Jokowi future, the former military general has gone so far as to portray himself as a successor to Jokowi, who some construe to have given a tacit endorsement to Prabowo’s third presidential bid. Speaking during an event marking the anniversary of the United Indonesia Party (Perindo) recently, Jokowi seems to have suggested that Prabowo may win the presidential election in 2024, when his second and final term ends. 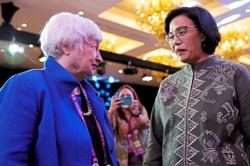 Realising the Malaysian dream: A tale of rulers, revival and reformasi
Defanged Mahathir will not be easily forgotten
Endemic or not, keep practising measures against Covid-19, urge experts
Will life expectancy in Malaysia keep shrinking?
Weight loss treatments are not a permanent fix – that doesn’t mean they ‘don’t work’
It’s been a good time for democracy
Pandas for World Cup boost China-Qatar ties
Jokowi’s ‘Charlie’s Angels’
‘Unity in diversity’ led Indonesia to G20 success
The climate and the Cup