My father the forager 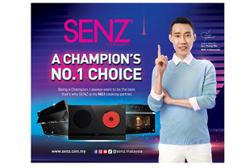 Gathering spring herbs and greens is an ancient custom in Japan. – Agencies

WHEN I was growing up, there were unpaved roads and vacant lots around my house. Whoever owned them didn’t do any maintenance, so they were muddy in the rainy season, weedy in summer, littered with fallen leaves in fall, and dusty during the dry spell in winter. We complained about them all the time, until subsequent economic development eliminated them all from the neighbourhood.

My father was something of a forager, really into gathering naturally growing food, which he could collect for free. These dirt roads and vacant lots didn’t bother him, as they offered convenient foraging opportunities close to home.

In early spring, when all kinds of edible herbs and greens began to sprout, he would rush there, and drag me and my sister with him, to harvest spring “delicacies.” Tender leaves of water dropwort and shepherd’s purse were abundant along the rainwater drainage; butterbur was around most of the year, but the edible flowers came out only in the early spring; look out for dandelion leaves and wild onions a little later in the spring before they grow tough under the hot sun.

Gathering spring herbs and greens is an ancient custom, but our version, on the side of the road and corner of the vacant lot, was not exactly quaint. Still, I didn’t mind. It was fun for the most part to be outside on a bright spring afternoon and work alongside my father.

He would tell us about different plants and bugs as we worked, showed us how to make a whistle out of a blade of grass or how to catch small spiders and make them fight in a matchbox.

It was a tedious and messy task, however, to sort and clean the greens afterward. By the time we got home, the sun was quickly lowering in the sky and the water out of the hose bib, under which we washed the greens, was so cold that it made our hands numb in no time.

Then the fruits of our afternoon’s labour would grace our dinner table in a surprisingly modest form, a small bowl of steamed greens, just enough for each of us to have a mouthful. It also tasted disappointingly bitter to a child’s palate, and my sister and I would forfeit our share to my father’s delight.

“These are the best greens ever,” he would quip every time. “Taste even better when we know they’re free!”

His foraging did not stop with spring greens. In fact, he invested even more energy into catches from the sea.

He went out to the seashore near our home every weekend to dig clams in spring, catch crabs in summer, and harvest seaweed in winter. He also fished year-round and on good days brought buckets of fish to be cleaned, cooked and consumed.

My poor mother did everything – grilled them, fried them, stewed them, salted and dried them in the sun. He ate them with relish, with his usual remarks about them being “free.”

But it was just too much for our small family. From time to time, she would quietly put them in the trash, knowing my father would go berserk if he found out that his free food went to waste.

I didn’t think much about these foraging activities; they were just something we did whenever my father decided to, until I realised that not every family spent that much time gathering food.

In my teenage years, I began to think that, with all the effort that had to go into gathering and preparing them, these foraged foods were hardly “free,” but I was smart enough to keep the thought to myself.

I didn’t miss them much after I left home to go to the United States, until one evening last December. If you’re superstitious, you might say it was a premonition of a sort, because a week later I received the news of my father’s passing.

Looking back as an anthropologist, I see another painful layer to my father’s passion – I dare say “obsession” – over foraging for food. He was nine years old when World War II ended, and in the war’s aftermath, his widowed mother found herself incapable of putting enough food on the table for her three children.

She couldn’t even afford the nominal fee for the school lunch programme, intended to secure at least one nutritious meal a day for impoverished children. Embarrassed to tell his teacher, my father would sneak out of the school and go looking for something to eat.

He used to tell us how hungry he was during those days and how it was the most important thing in his life to figure out where his next meal was coming from. He picked up whatever was edible that didn’t cost him money.

On some days, he would go into the woods and catch a frog, or even a snake, make a fire and roast it. When the tide was good, he would go to the seashore instead, where crabs and shellfish were plentiful.

My father worked hard and achieved financial stability in his adulthood, just as the whole nation did during the period of miraculous postwar economic recovery.

I wonder what was in his mind as he foraged around the neighbourhood with me and my sister in tow. Was he reminiscing about his distant past? Trying to show us something of his own childhood? Teaching us some survival skills? I will never know. – The Japan News/ANN 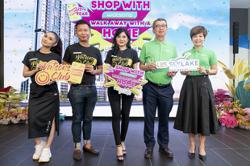 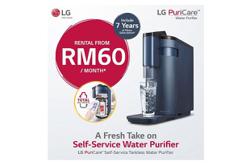