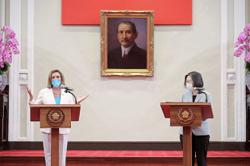 Abortion rights activists protest in Portland, Oregon, after the US Supreme Court struck down Roe Vs. Wade, overturning the right to abortion. – AFP

Americans need to brace themselves for the end of many hard-fought rights, says the writer.

Goodbye, separation of church and state.

With a fundamentalist, conservative Supreme Court majority in charge, brace yourselves for the possibility of the end of so many civil rights we take for granted: privacy, contraception, in vitro fertilisation, gay marriage, interracial marriage.

This is not hyperbole.

On Friday, June 24, the court released its devastating ruling in Dobbs vs Jackson Women’s Health, not just upholding the Mississippi law that banned abortion after 15 weeks but also overturning Roe vs Wade and Planned Parenthood vs Casey, the two major court decisions of the last 50 years affirming the right to legal abortion.

ALSO READ: US Supreme Court strikes down right to abortion

Here’s how radical the majority is: The court was not even asked to overturn Roe vs Wade; it simply could have upheld Mississippi’s law. That five justices were willing to go so much further tells you this court has absolutely no qualms about tossing Americans’ hard-fought rights back to the states, where many Christian-conservative dominated legislatures will simply erase them.

Proof? In his separate concurring opinion in the Dobbs case, Justice Clarence Thomas said the court should reconsider all of its “due process precedents, including Griswold, Lawrence and Obergefell.”

What else is at stake at this fraught moment in American history? Everything. With a fundamentalist, conservative Supreme Court majority in charge, American should brave themselves for the possibility of the end of so many other decade-old civil rights they take for granted, says the writer. – AFP

If Republicans can figure out how to undo the results of elections that don’t go their way by installing elections officials and state attorneys general willing to do their dirty work, prepare to bid farewell to our very democracy.

This is not hyperbole, either.

As we saw on Thursday, June 23, during the fifth public hearing of the Jan 6 House select committee, former President Trump came very close to blowing up the Department of Justice, and not incidentally the Constitution, in his monomaniacal quest to steal a second term.

In riveting testimony, then-acting Attorney General Jeffrey Rosen said Trump was about to fire him for refusing the meddle in the results of the 2020 presidential election and install a sycophant who would. But when Trump grasped that the entire leadership of the department, led by Rosen, would quit in protest, he backed off. A mass exodus, Trump apparently decided, would make him look weak.

On Friday, President Biden described the overturning of legal abortion as “a tragic error” and called for protests against the ruling to be peaceful.

Sadly, as he acknowledged, there is not a lot he can do to reverse such a terrible mistake, but he vowed to protect those seeking abortions in any way he can, including directing federal agencies to step up. 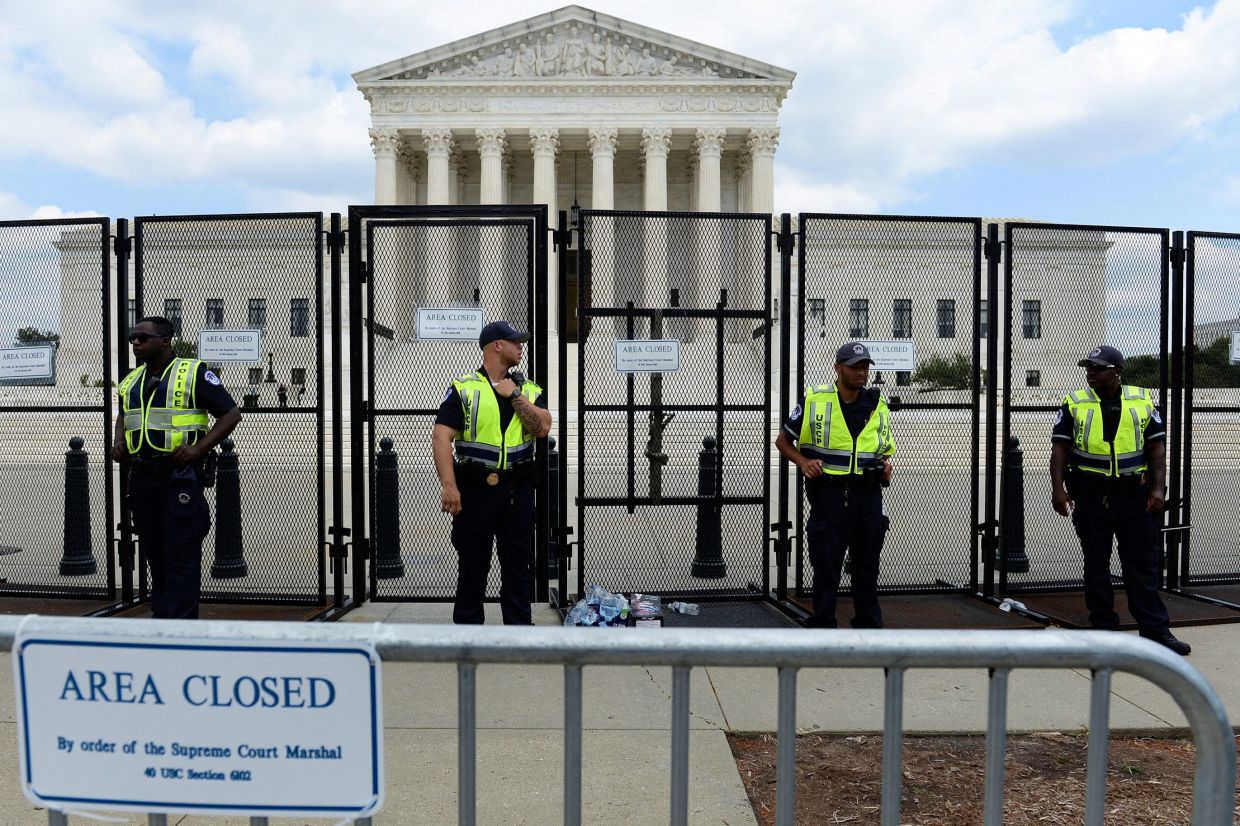 Supreme Court Police line up outside the United States Supreme Court as the court rules in the Dobbs v Women's Health Organization abortion case. While describing the overturning of legal abortion as 'a tragic error', President Biden had called for protests against the ruling to be peaceful. – Reuters

The Department of Justice, for example, will defend women who cross state lines to obtain abortions in defiance of their own states’ laws.

“Few rights are more central to individual freedom than the right to control one’s own body,” Attorney General Merrick Garland said Friday in a statement. Abortion bans will inevitably and disproportionately hurt women of color and the poor, he said.

Garland also said that states may not ban Food and Drug Administration-approved abortion drugs like mifepristone, which are used in more than half of all abortions today.

In December, the FDA said the pill could be prescribed over the phone and distributed by mail. But with at least half a dozen states already trying to ban the drug entirely, this clash is surely headed to court.

“There is no point in saying good morning because it certainly is not one,” she began, before castigating the court for achieving its “dark, extreme goal of ripping away a woman’s right to make her own reproductive health decisions.”

The speaker was brutal and pointed: “How about those justices coming before the senators and saying they respected stare decisis, the precedent of the court, that they respected the right of privacy in the Constitution of the United States? Did you hear that? Were they not telling the truth then?”

The three nominees must have been crossing their fingers behind their backs when they gulled senators like Susan Collins, the willfully naive Maine Republican, with vows of loyalty to court precedent.

We can only hope that the Supreme Court’s devastating recent rulings will energise the electorate this fall. The solution to this wholesale revocation of rights will have to come at the ballot box.

Americans by an overwhelming majority support the right to abortion and always have. If this issue doesn’t energise the suburban women voters who have proved decisive in so many recent elections, what will? How can we allow the court’s anti-feminist cabal to take away the rights from our children and grandchildren that so many of us have benefited from?

On Friday, the New York Times reported that Trump has been telling people privately he thinks overturning Roe will be “bad” for Republicans, who will suffer a backlash this November. 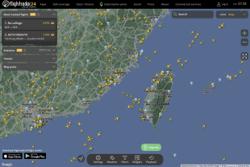 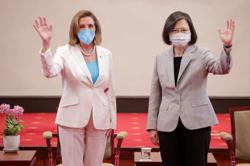