The puff adder is a highly venomous snake native to the African continent. – Agencies

SNAKE bites in Malaysia aren’t unheard of, but the case of a man who died after being bitten by the highly venomous puff adder received a lot of attention because the snake is a foreign species.

Either way, the case has highlighted the importance of pet owners being more accountable for the animals under their care.

Chan was commenting on news reports of a man from Selangor who was killed after helping his friend, an exotic pet keeper on May 5.

The man was bitten while handling the puff adder, a highly venomous snake native to the African continent.

He says snake keepers must be very experienced with what they are dealing with, and accept the possibility of any consequences.

“If you are really passionate about keeping snakes, you’d do your best to protect your own safety and the reputation of these animals,” he says.

Chan says there are a plethora of long-term effects resulting from snake envenomation, ranging from amputation, permanent scarring, limited mobility of joints and muscles to bodily deformity, depending on the type of venom.

Other than snakes, venomous pets such as tarantulas, centipedes, and scorpions, are very commonly kept as pets, Chan notes.

“Some inexperienced people keep them for the novelty of it or they believe it makes them look cool.

“Whether or not you should put them in your hands is the key question.

“That brings us back to the question: Are you ready for the consequences? Have you thought them through?” he highlights.

Chan says foreign venomous species should not be allowed in Malaysia as we would not have the necessary medical expertise to deal with the event of an envenomation.

“However, for local species of venomous snakes, the government should streamline the process of licensing and registration so each keeper can be tracked and monitored in case of medical emergencies,” he adds.

These registrations should also come with the necessary training before approving and allowing the keepers to obtain their venomous snakes.

“For example, in Australia, the leisure keeping of venomous snakes is legal but requires an extensive and thorough application process, including an assessment of the keeper’s ability to adhere to safe handling techniques,” Chan illustrates.

Ultimately, he says pet owners must understand the behavior of the species that they intend to keep.

MNS special interest group (Selangor) coordinator Steven Wong says snake bites are usually survivable as long as we have a good understanding of their venom.

While Malaysia is well stocked with antivenom, he points out that our country may not have supplies for foreign snake species.

“Aside from puff adders, some people are interested in exotic, venomous snakes like the black mamba and rhinoceros pit viper,” he says of the two snakes which are also native to Africa.

Personally, Wong says people should not keep snakes as pets at all.

“I like snakes but I prefer that they be in their natural habitat like the forest, as it is better for them.

“If you go on hikes and look for them in the wild, it is more rewarding to see them there,” he says.

However, Wong says he does know a number of responsible snake keepers and believes they should be legally allowed to keep them, even if they are venomous.

“There should be more regulations to guide snake keepers on this,” he says.

For those who come across snakes in their homes, Chan advises them to call the Malaysia Civil Defence Force or the Fire and Rescue Department while keeping an eye on the snake.

Describing snakes as generally shy in nature, Chan says such reptiles would avoid confrontation with humans whenever possible.

“They are more defensive than aggressive.

“Therefore, it is always the victim’s fault when they get bit as the snake is merely defending themselves.

“The victims have the responsibility to understand the danger that they are working with and practice the necessary safety precautions whenever they approach a dangerous snake,” he says. 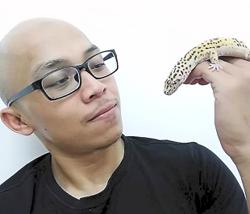