Paying the price for winning the Prize 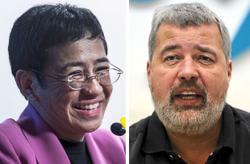 THE two journalists who won this year’s Nobel Peace Prize have become international celebrities overnight. Maria Ressa and Dmitry Muratov will no doubt benefit from their increased prominence and status. At the same time, the celebrity that comes with the prize will bring a host of other challenges the winners will have to navigate.

I have researched the impact the Nobel Peace Prize has had on winners in recent decades, both in terms of the unexpected challenges they face in their work and the newfound attention it brings.

Both Ressa and Muratov will likely face similar pressures, especially considering they have worked to combat authoritarianism in two countries (the Philip-pines and Russia) where the government has actively tried to silence them.

How the award immediately changes lives

Ressa has been lauded for challenging Filipino President Rodrigo Duterte’s deadly anti-drug campaign. Muratov, a Russian journalist, has been honoured for speaking truth to power as one of the founders of a prominent independent newspaper.

Excitement surrounded the winners after the announcement. Ressa, looking visibly shocked in a Zoom panel discussion, shared her gratitude with supporters. Muratov was greeted with flowers and champagne by colleagues.

During Nobel Week in December, the laureates will receive their medals and the money that accompanies the prize. Each will be awarded 5mil Swedish kronor (RM2.4mil). The funds will be a welcome boost in their fight for freedom of expression.

Like many Peace Prize laureates before them, Ressa and Muratov will undoubtedly use their acceptance speeches (and other appearances) as an opportunity to advance their causes and condemn repression by authoritarian governments.

‘The remarkable powers of an Open Sesame’

Both journalists have now attained what one scholar has called “achieved celebrity” on an international level, or fame gained through accomplishments or successes in a particular field.

In the short term, both Ressa and Muratov will benefit from the enormous international exposure they have received. Their messages will be relayed by media outlets around the world. The journalism profession is also benefiting, given the stature of the prize.

Previous winners were able to reap the benefits of their skyrocketing fame in various ways. For example, Adolfo Pérez Esquivel, an Argentine artist and human rights activist who won the Peace Prize in 1980, suddenly found he had access to senior US lawmakers and European government officials.

According to one analysis, it helped him and the NGO he cofounded strengthen the human rights movement in Latin America and contributed to democratisation in the region.

South African anti-apartheid activist Anglican Archbishop Emeritus Desmond Tutu, the 1984 winner, once said the prize had “the remarkable powers of an Open Sesame”.

He remarked: “... things you said before you got the Nobel Peace Prize and not too many people paid attention. You say the same things [afterwards], and people think it’s pearls from Heaven.”

Increased scrutiny and tensions with colleagues

However, celebrity comes with increased levels of scrutiny. The world keeps a close eye on Nobel Peace Prize winners, and outcries are common after even the smallest missteps, especially in the age of social media.

Recently, for example, women’s education activist Malala Yousaf-zai, who became the world’s youngest Nobel Prize laureate in 2014, questioned the institution of marriage in a British Vogue interview, provoking fury in her native Pakistan.

How the prize winnings are spent is always a major focus of attention too. This extends to the humanitarian organisations created by the winners – and the way others use donated funds.

For example, former US Presi-dent Barack Obama, the 2009 laureate, donated his winnings to 10 different charities; the head of one of these charities admitted in 2014 to mismanaging and personally profiting from the money.

The awarding of the Peace Prize also sometimes creates tension between the winners and their colleagues. This is partly because of the Nobel Foundation rules, which state that a Nobel Prize can’t be given to more than three people in a given year.

So while some winners become overnight celebrities, their former colleagues are sometimes sidelined. Perhaps most sensationally, the 1997 awarding of the prize to Jody Williams and the Inter-national Campaign to Ban Landmines led to bitter in-fighting within the organisation.

One of the biggest, immediate threats facing both Ressa and Muratov is potential harsh repression from the authorities in their home countries.

Over the years, many Peace Prize winners – and their supporters – have faced severe repercussions after winning the award.

For example, Chinese dissident Liu Xiaobo – who won the prize in 2010 – spent years in detention for “inciting subversion of state power” until his death in 2017. The Chinese government depicted him as a stooge of the West and blocked information about him online. His wife spent nearly eight years under house arrest despite never having been charged with a crime.

Other winners, such as Myanmar pro-democracy leader Aung San Suu Kyi (winner in 1991)and Iranian political activist Shirin Ebadi (2003), also had to weather political backlashes. For this reason, one commentator has pointed out the Peace Prize sometimes brings little peace.

Tensions may already be appearing in Russia following Muratov’s win. Even though the Kremlin congratulated Muratov – calling him “talented” and “brave” – authorities have begun to label other journalists and media organisations “foreign agents”.

Supporters of the imprisoned Russian Opposition leader Alexei Navalny have also expressed disappointment over the choice of winner, as well as Muratov’s approach of trying to engage with Russia’s leaders.

Ressa, meanwhile, has faced a torrent of online trolling and threats throughout her career, which have continued with ferocity after her win.

For all the glamour and worldwide attention it brings, Nobel Peace Prize celebrity has a darker side, which all winners have to handle. As Ressa has said, there is only one way to deal with it: “When we came under attack, there wasn’t really any other choice, the phrase we used is ‘hold the line’.” -- The Conversation

Lukasz Swiatek is a lecturer at the University of New South Wales. This article is republished from The Conversation (theconversation.com) under a Creative Commons license. 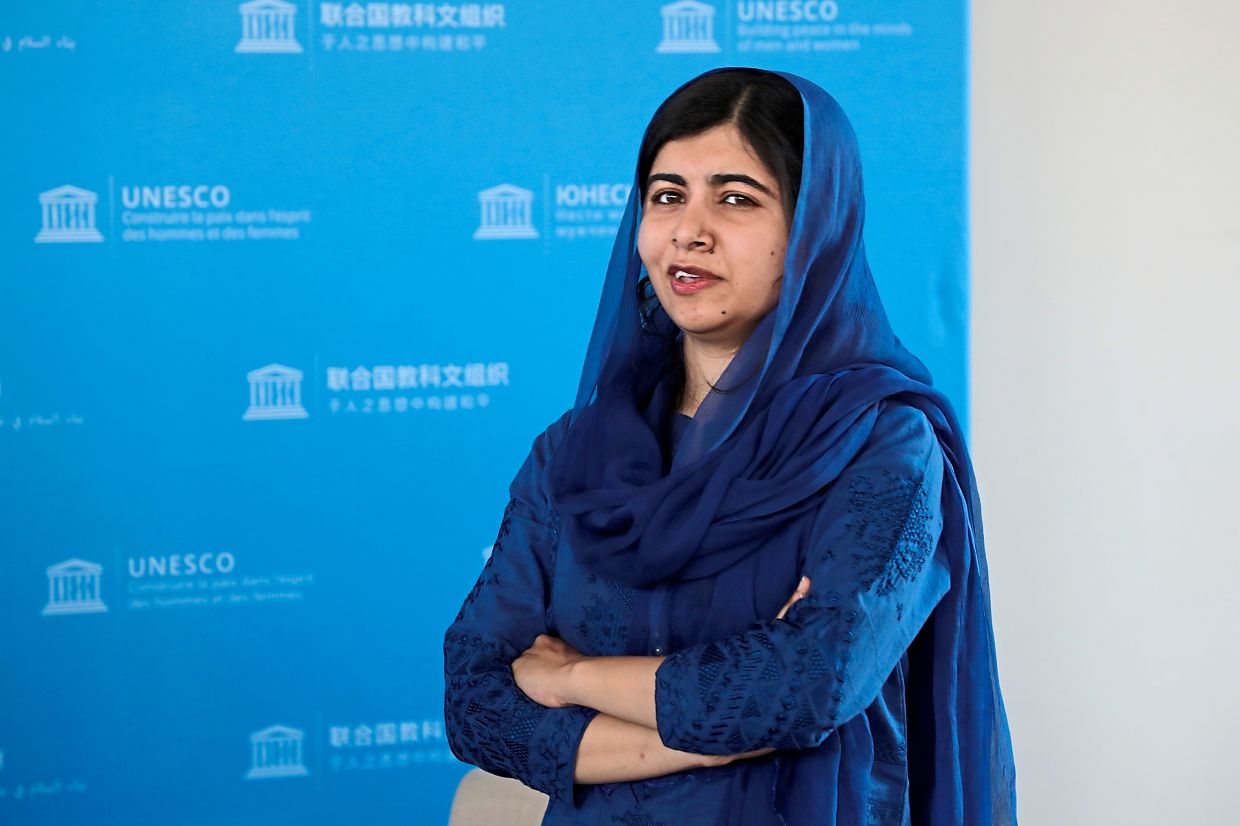 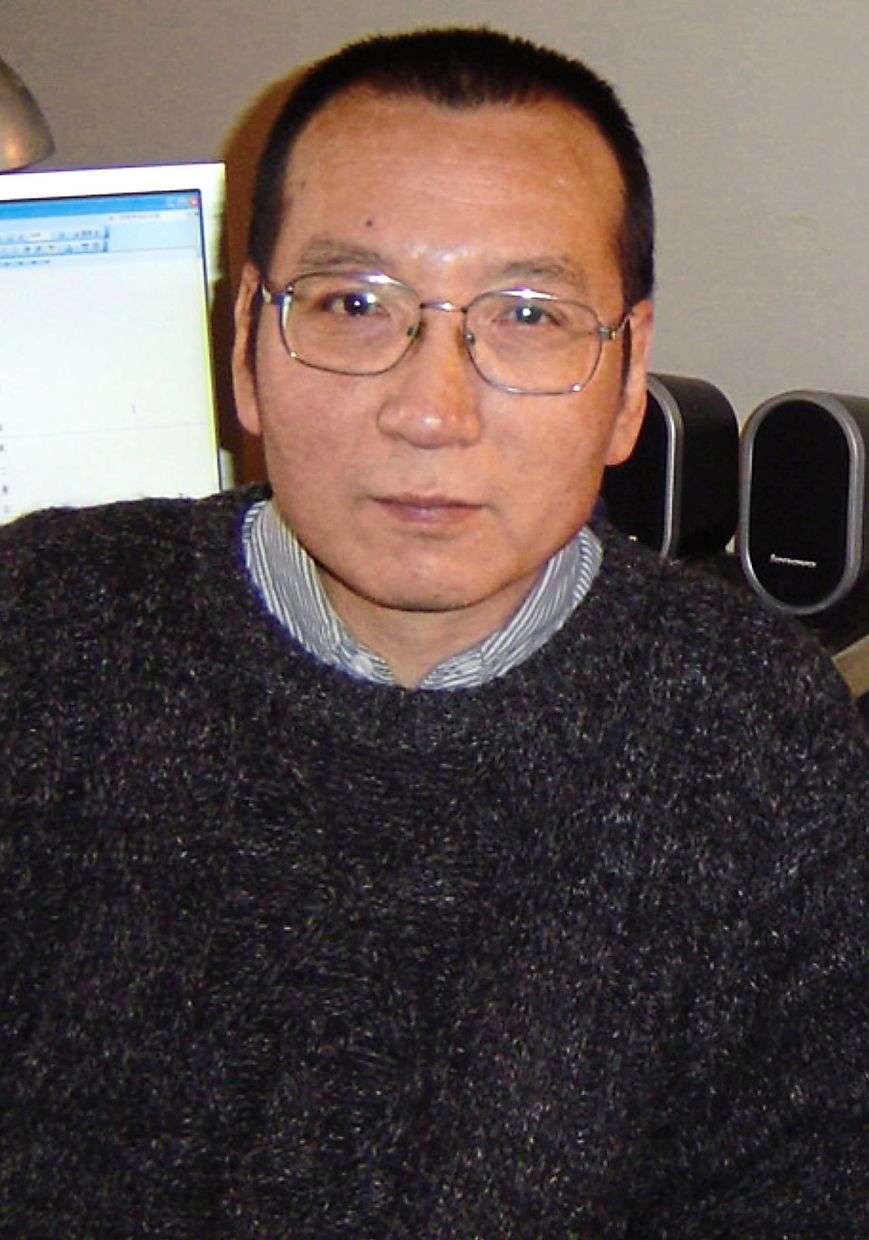 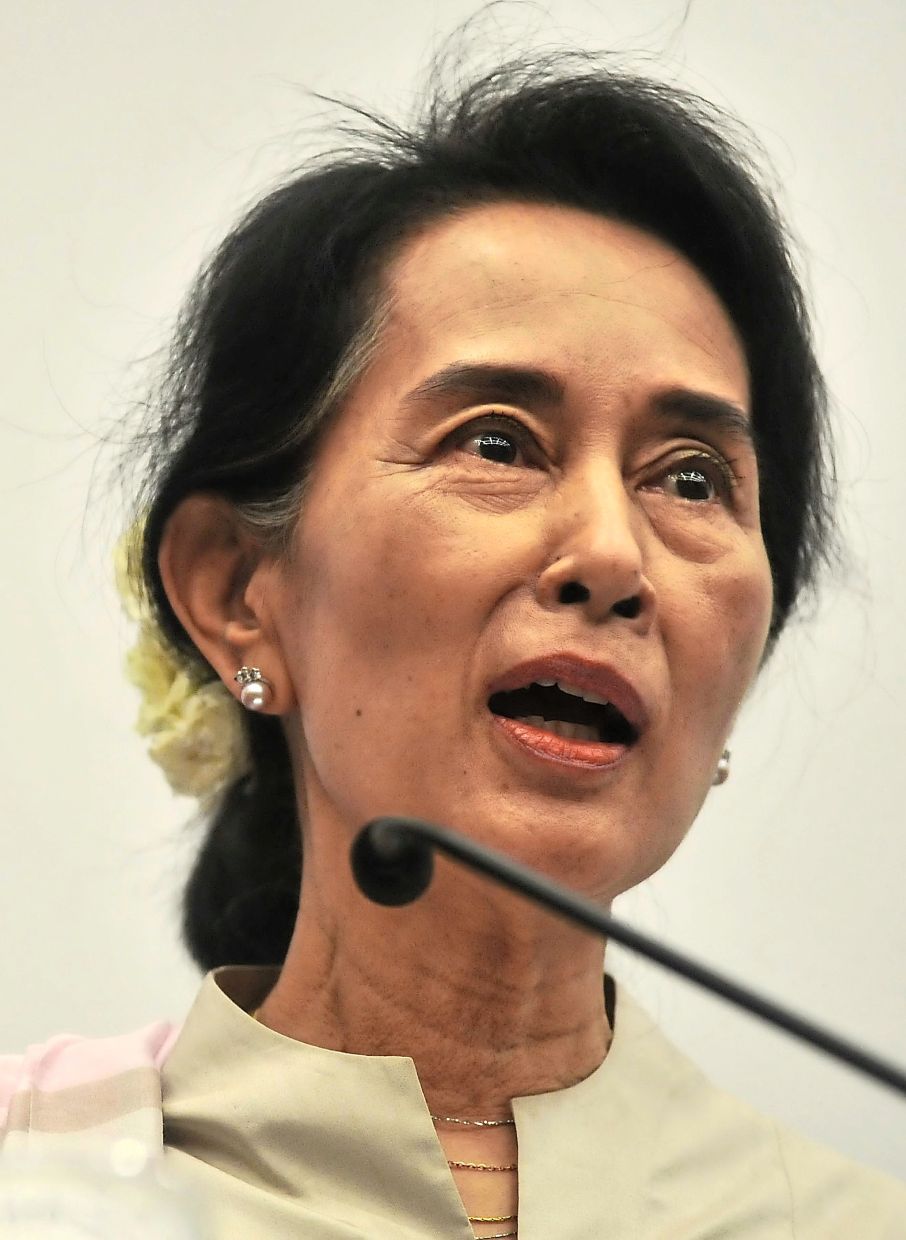 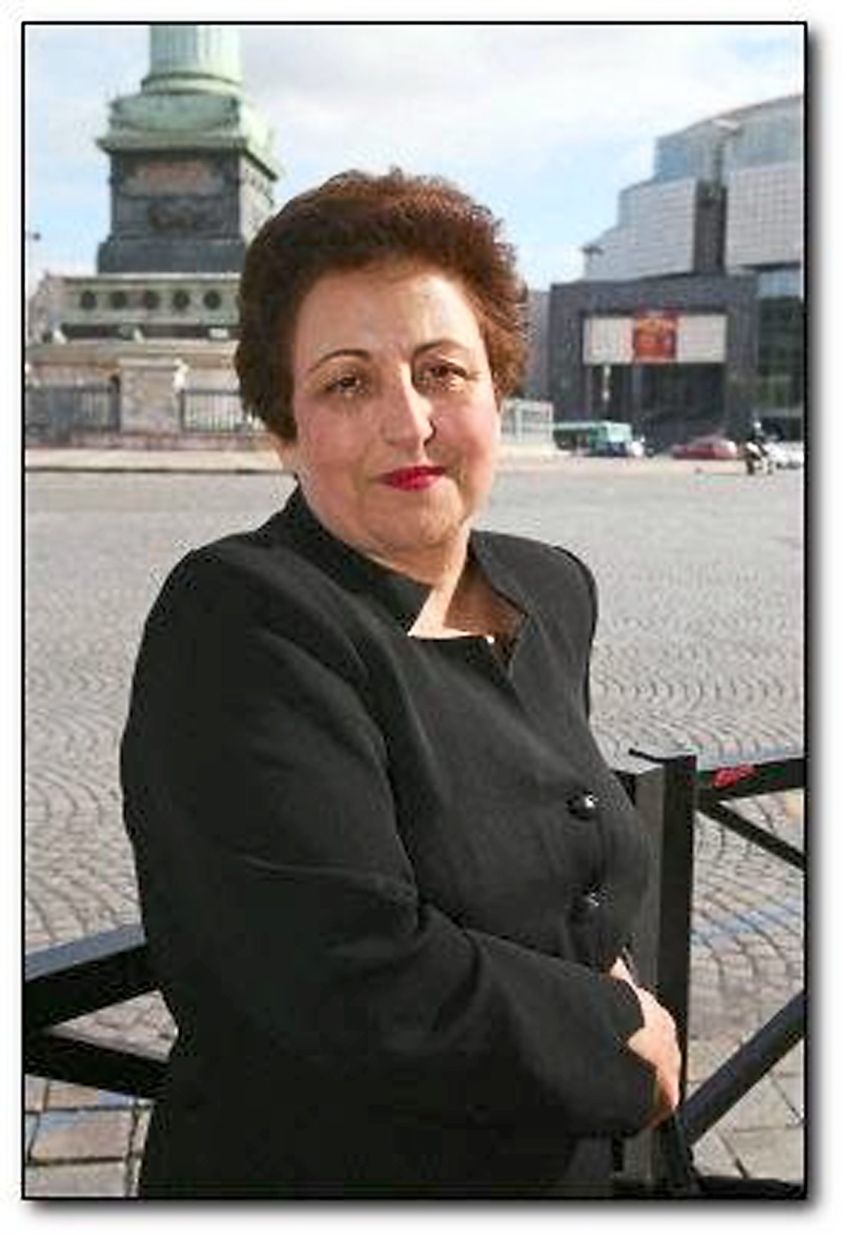 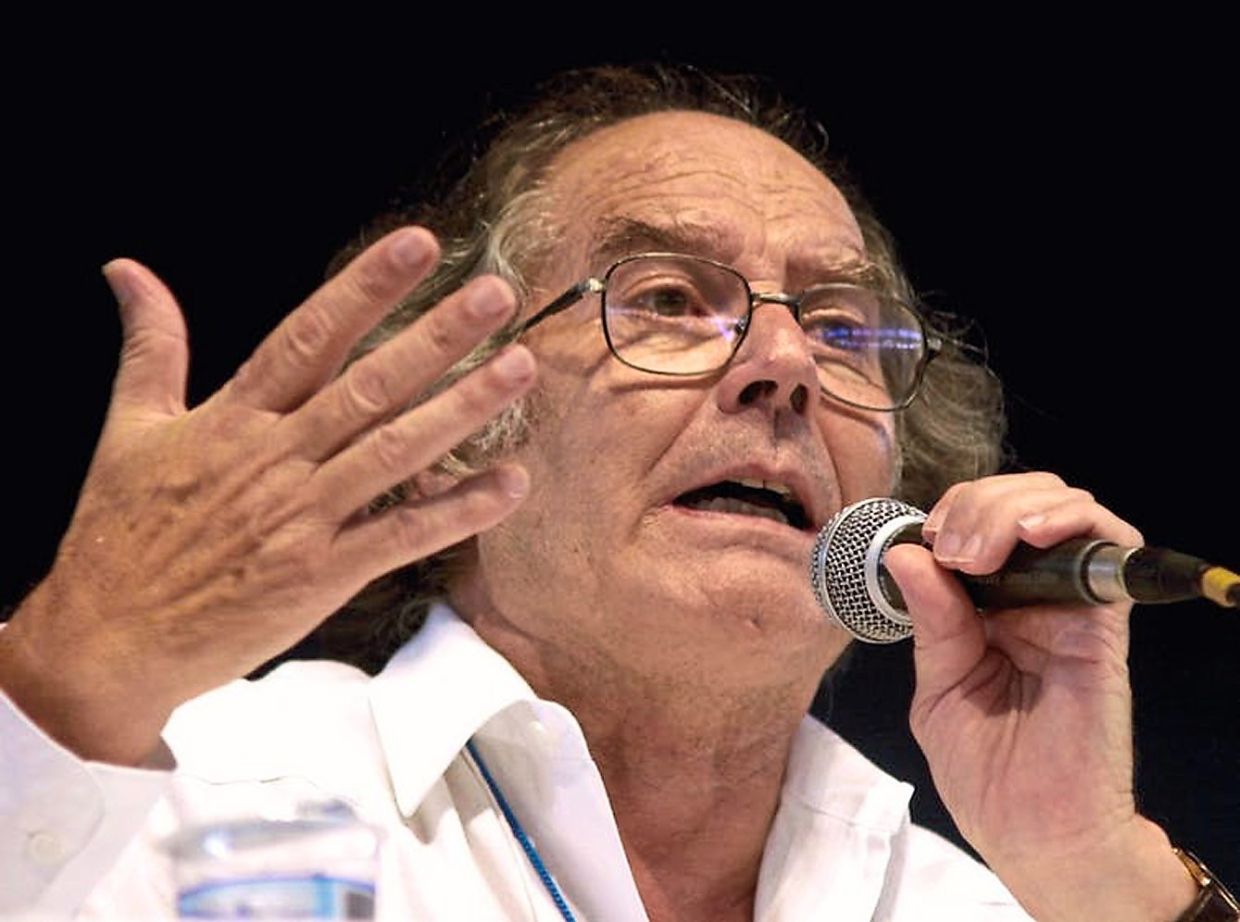 Ressa reacting during an interview about her win earlier this month. — AP

Malala, who became the youngest winner of the prize in 2014, questioned marriage in an interview and faced fury in Pakistan. She’s pictured here in a 2019 file photo. — Reuters

Liu, the 2010 prize winner, faced repercussions and spent years in detention until his death in 2017. — AFP

Obama speaking after being awarded the 2009 prize. He donated his prize money to charities and the head of one of them admitted to mismanaging and personally profiting from the money. — Bloomberg

Muratov talking to the media after his win — he has downplayed the buzz around his name, saying the award is for all of the staff at his newspaper, Novaya Gazeta. — AP

Tutu photographed on Oct 7. After winning the prize in 1984, he remarked that it had ‘the remarkable powers of an Open Sesame’. — Reuters

Ebadi, an Iranian who became the first woman prize winner from the Islamic world when she won in 2003, has also had to weather political backlashes since then. — Wikimedia Commons

Esquivel, the 1980 winner, suddenly found he had access to senior US lawmakers and European government officials. — Wikimedia Commons 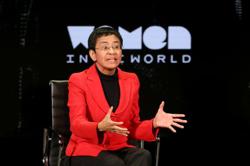 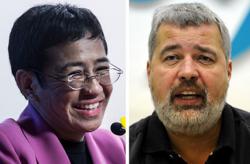