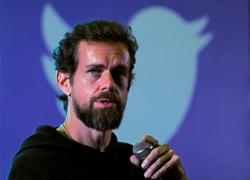 Elated: Shatner speaking to the press on Wednesday after returning to Earth — he called his brief foray into outer space the most profound experience of his life. (Inset) Shatner’s turn as Capt James T. Kirk on TV’s Star Trek made him one of the biggest sci-fi stars. — AFP/Paramount Pictures

WILLIAM Shatner was at a loss for words.

It was an uncharacteristic state of affairs for the loquacious 90-year-old American actor, recording artist and TV pitchman – although, you have to cut him some slack. He had just been rocketed more than 100km into the sky and then, with his three Blue Origin spacecraft companions, touched down gently in Texas. It took his breath away. For a little while.

And then they just couldn’t shut him up. You could almost sympathise with Jeff Bezos, the billionaire founder of the spaceflight company, whose ear Shatner bent with his impressions of the short flight Wednesday morning.

“Was that death?” he asked about the blackness of space he saw before him. “Is that the way death is? Whoop and it’s gone. Jesus. It was so moving to me.”

Amid violence, political unrest and a continuing pandemic, 2021 has been the year of space tourism for the rich and famous. Most passengers have paid for their rides on suborbital capsules launched by companies led by Bezos and fellow American billionaires Richard Branson and Elon Musk. But in a savvy publicity move, Bezos invited TV’s Capt James T. Kirk to ride as a guest.

It was a sort of closing of the circle for baby boomers all over the globe, who grew up reading (and believing!) books like You Will Go to the Moon, watching sci-fi movies in which rockets not only blasted off but touched back down on Earth, and following the adventures of Kirk, Spock, Uhura and all the others in deep, imaginary outer space.

As we grew up, space was different, if still exciting. Rockets didn’t land, but fell into the ocean as expensive waste. The promise that we, ourselves, would go to the moon was broken. But a handful of Americans did go, and they described their voyages for us not like breathless travellers but like the military men and engineers they were.

But the very brief moon age ended with Apollo 17 just before Christmas in the United States in 1972. 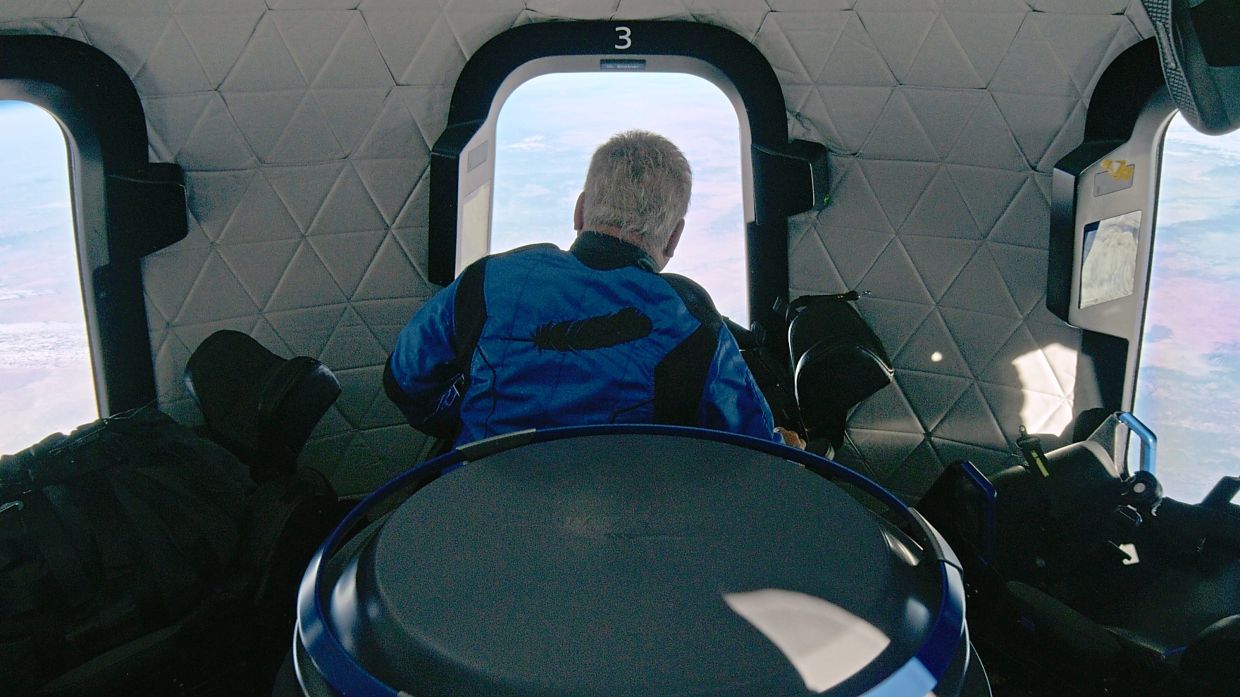 In this photo provided by Blue Origin, Shatner is caught looking out of the ‘tourist-friendly’ window in the capsule on Wednesday. — AP

We grew older, and just as the vast majority of us came to terms with the realisation that we would never be professional football players, rock stars or presidents and prime ministers, we let go of our space traveller dreams.

Oh, sure, some older folks might get a shot. John Glenn, the first American to orbit the planet, hero of our childhood, got a second ride into space at 77 in 1998. But then, he really was a US senator by then, as well as an astronaut.

As people of my generation grew older we came to realise two things: We would not go to space; and there is, instead, a very different final frontier we’d prefer not to think about.

Yet here is this 90-year-old man, from the pre-boomer generation, standing next to a capsule fitted with large, tourist-oriented picture windows.

So despite all the legitimate questions about a handful of billionaires using all these resources to send rich, famous or lucky tourists into space, this one ageing boomer and cancer survivor salutes Capt Kirk. And all the other space tourists too, including Hayley Arceneaux, the cancer survivor who a month earlier became at 29 the youngest American in space.

In 1936, five years after Shatner’s birth, the movie Things to Come appeared in US cinemas. Based on the work of British science fiction writer HG Wells, it depicted a struggle between the human desires for exploration and comfort. Will there never be any rest, one of the characters asks, after a rocket sends his child into space?

Rest enough for the individual man, his companion responded. “But too much, and too soon, and we call it death.”

The line comes to mind after hearing Shatner’s words upon landing – words unmatched by any of those military men launched into space by Nasa decades ago.

“Blue down there, and the black up there,” he said. “Here is mother and Earth and comfort and there is – is there death?

Is there death? Not for now, there isn’t. Not today. Not for dreams, or the drive to make them come true. – Los Angeles Times/Tribune News Service 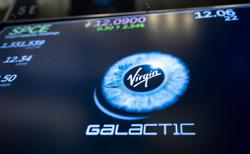