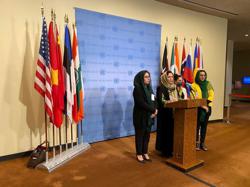 On knife's edge: Children play in a camp for internally displaced people in Kabul. — AP

THE guns have at last fallen silent in Afghanistan, but spiralling poverty and hunger are giving rise to a humanitarian crisis. Soon after the fall of the Ashraf Ghani government, the US froze US$9.5bil in assets belonging to the Afghan central bank on its soil to prevent a Taliban-led regime from accessing it. At a United Nations conference in Geneva on Monday, called to raise US$606mil to help meet the country’s most immediate needs, donors pledged more than US$1.1bil.

Speaking at the event, UN Secretary General António Guterres warned that food supplies could run out by the end of the month, and cited the World Food Programme’s estimate that 14 million people are on the brink of starvation. Several speakers mentioned a “moral obligation” not to turn their backs on the shattered country after a 20-year engagement. At the same time the UN human rights chief voiced Western suspicions that the Taliban were not honouring their promises to respect human rights.

Afghanistan is poised on a knife edge, and the international community will need to exercise patience and prioritise correctly if it does not want the war-torn country to descend into chaos. The Taliban know well that governance is not possible without financial resources, and that malign actors are ready to capitalise on recruitment opportunities offered by a devastated economy.

On Tuesday, Amir Khan Muttaqi, the regime’s acting foreign minister thanked the world for pledging hundreds of millions of dollars in emergency aid to Afghanistan and vowed to use the money wisely and in a “completely transparent manner”. He also called upon the US to show some “heart”, and appreciate the manner in which the Taliban had last month allowed the American troops’ withdrawal and evacuation of over 120,000 people.

For over two decades, even while being embroiled in conflict, Afghanistan was the recipient of a multilateral aid effort to mitigate the suffering of its people, assist refugees and internally displaced persons. While there is a critical difference now – the war is over and the country no longer being run by a US-backed government – the Afghan people must not be abandoned. They should not have to pay the cost of the world’s antipathy towards the Taliban, however justifiable it may be. Humanitarian aid can resume even if the world decides to hold back on formal recognition of the regime for now.

Moreover, despite outward appearances, the Taliban are not a monolith. There are hardliners and (comparative) moderates among them. With the benefit of hindsight, the global powers should not repeat the mistakes of the past. In 2000, the first Taliban regime had banned poppy growing in a bid to gain international legitimacy. When the world refused to take notice, the hardliners within them gained the upper hand. That had a profound effect on how events played out after 9/11 and rewrote the course of history. — Dawn/ANN 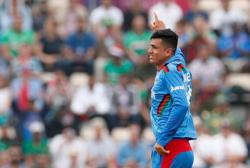 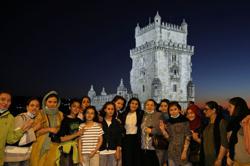