How we can have crowded live events again Living out loud: Six people out of 5,000 who attended an indoor trial concert last month in Barcelona reported testing positive for Covid-19 afterwards, said organisers, giving hope for the revival of the live music industry. — AFP

WHEN Spanish indie pop band Love of Lesbian started playing, “everybody, artists, organisers and the public, we were all crying, because it was so emotional to be together again, ” Gemma Recoder, one of the organisers of a mass concert in Barcelona in March, recalled the moment live music entered the Covid-19 era.

The government-approved concert in Barcelona served as a test for whether live events and the like will be able to start up again. The band Love of Lesbian performing at Sant Jordi stadium in Barcelona in March. — Bloomberg

On Tuesday, organisers of the trial concert proclaimed that the test event had prompted no major coronavirus outbreaks. This showed that mid-sized cultural events could be held safely despite the pandemic, they concluded.

Live concerts, exhibitions and sporting occasions have either been cancelled or held without live audience since the pandemic took hold in Europe some 14 months ago.

However, some 5,000 people did attend an indoor trial concert in the Catalan capital more than a month ago. Before the event, they were screened and tested for coronavirus using antigen tests. The crowd was also instructed to wear FFP2 masks, with the organisers limiting bathroom capacity.

Only six people reported testing positive 15 days later. However, a member of a medical team overseeing the event said he and his colleagues were “certain that in four of these six cases, transmission did not take place during the concert.”

“There is no sign that suggests transmission took place during the event, ” Josep Maria Llibre, an infectious diseases specialist from the Germans Trias i Pujol hospital told a news conference.

And concert organizer Jordi Herreruela said: “There is light at the end of the tunnel.”

According to Llibre, the six infections are fewer than the average contagion spread for Barcelona at the time. He said the six cases would extrapolate to an incidence rate of 131 per 100,000 people, when the city-wide tally was almost double that.

Boris Revollo, the virologist involved in the design of the safety procedures at the Palau Sant Jordi arena, said he could not “categorically” rule out that the other two people were infected during the concert but there was a “very high probability” the transmissions had occurred elsewhere.

“The measures which we implemented were very safe, ” he added.

The deputy mayor of Barcelona, Jaume Collboni, said the results of the study show “it is possible to relax” virus health restrictions and “restart cultural activities.”

The Palau venue can host up to 17,000 people, but the 5,000 in attendance at the concert were not allowed into the stands and instead were restricted to the dance floor.

Not just for fun

The Netherlands is also trialing club nights in Amsterdam and a small number of music festivals, and it is allowing the Eurovision Song Contest to go ahead with a live audience later this month.

These experiments bring some hope for an industry that has cratered during the pandemic. In the United Kingdom alone, live events, including festivals, sports games and conferences, generated £42.3bil (RM242.0bil) of direct spending in 2018, according to ticket platform Eventbrite.

Globally, the market was worth more than US$1.1 trillion (RM4.5 trillion) in 2019, according to data provider Allied Market Research, and the industry is set to expand to US$1.6 trillion (RM6.6 trillion) by 2028, despite the effects of the past year, which has seen live music cancelled and conferences move online.

But experiences like the Barcelona concert will be difficult to replicate, and even impractical for all but a handful of large gatherings. The event took months of organising with health authorities, doctors and epidemiologists at a nearby hospital. It cost €250,000 (RM1.2mil) and was only viable with support from local authorities. It relied on testing to create “health bubbles.”

Ticket holders could only gain entry if they downloaded an app, input their contact details and booked a rapid Covid test (available at three locations in the city) on the day of the concert. Those who tested negative could attend; they were given masks and assigned to one of three areas where they could mingle. Each of these sections contained about 1,600 people and had separate facilities. Those who tested positive for the virus were refunded and required to isolate.

Although this model could help stage similar large-scale events – such as festivals or sports games, where people buy tickets in advance and large venues offer ample space for testing centers – there would be a question mark over who pays for testing and monitoring. Public health departments could explore this as a way to detect infections in young, asymptomatic people who wouldn’t otherwise be tested.

For most other activities that bring groups of people together, the logistical challenge of the Barcelona concert approach would be prohibitive. It simply wouldn’t work for entertainment that relies on impulse and spontaneity, such as dropping by a bar or a nightclub or even going to the cinema. In these cases, vaccine passports, although controversial, could be a lifeline. While the hospitality industry has railed against such certifications, due to the cost of policing them and the risk of discriminating against customers who have not had the jab, there is a case for using them for large in-person events, as well as for leisure activities (think, that late-night decision to stop by the club) that are not often planned in advance. Little wonder, then, that Boris Johnson’s government is thinking along these lines.

As her colleague Therese Raphael has noted, vaccination passports is a shorthand, adds Felsted. People could also show a very recent negative Covid test or proof of natural immunity from a previous infection to gain access to events like concerts and games. There may also be more acceptance for this approach among sports and music promoters, who have lost income from the total shutdown of mass gatherings, than from pubs and restaurants, which have found other ways to keep operating.

A series of trials are scheduled to take place from this weekend in the United Kingdom as part of its government’s Events Research Programme to restart its event and creative economy. The events bringing people together include the World Snooker Championship in Sheffield, football matches like the 2021 FA Cup final on May 15, comedy nights, club nights like the rave at a nightclub in Liverpool on Friday, cinema screenings and other events. Like the concerts in Europe, these could provide valuable clues for how to proceed with events amidst Covid-19. 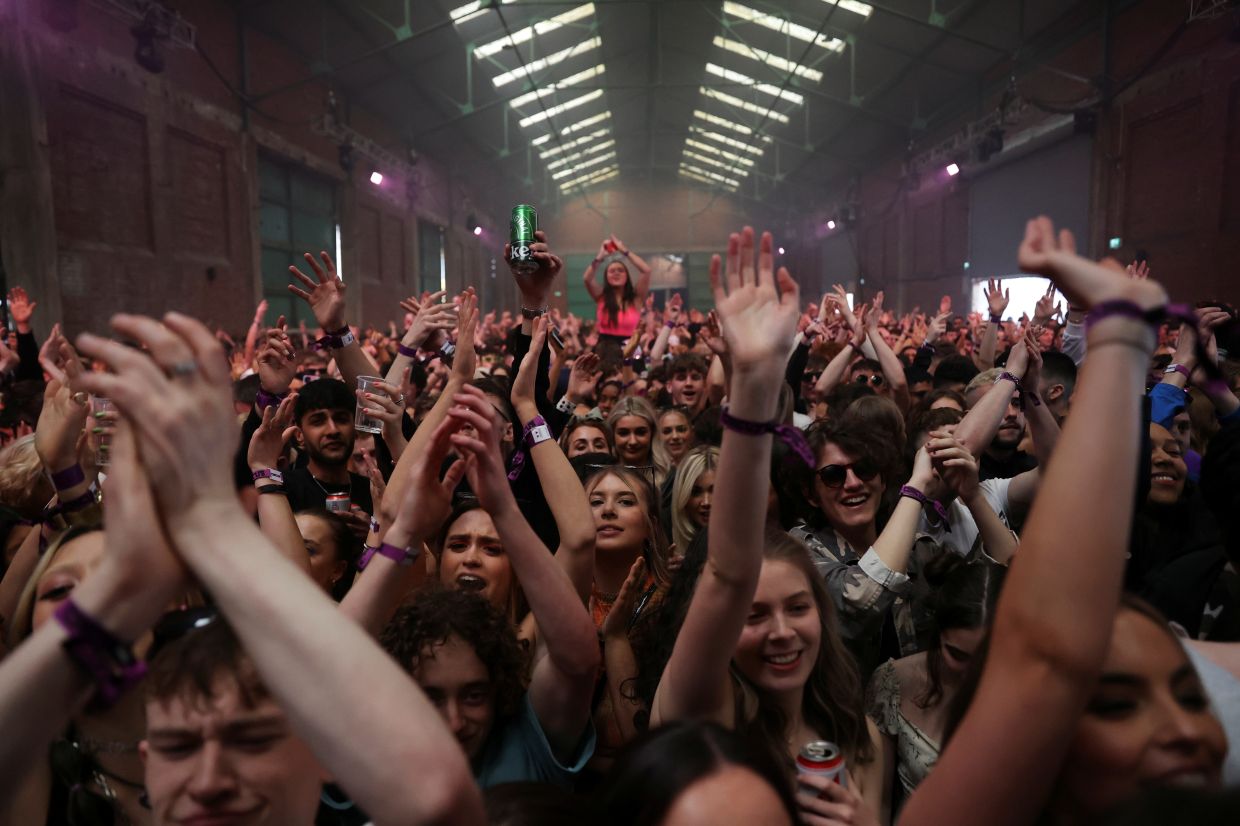 People enjoy their time at a nightclub, as part of a national research programme assessing the risk of Covid-19 in Liverpool on April 30. — Reuters

After the last year, we could all use that euphoric moment when the lights go down and band starts up. Having to show some proof of being virus free, no matter how unpalatable, may be the key to regaining that feeling again. — Bloomberg/Agencies 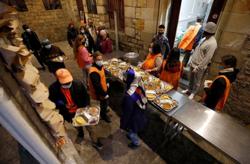