Back and forth: Sometimes Trumper Haley’s strategy on Trump appears to be set with an eye on a 2024 presidential nomination bid. — Bloomberg

The overwhelming GOP vote on Feb 13 against impeaching and convicting former US President Donald Trump shows the Always Trumpers remain dominant. The Never Trumpers have found the going tough. Now, Sometimes Trumpers are beginning to emerge.

The power struggle among these three factions is already proving to be bitter – epitomised by Senate Minority Leader Mitch McConnell’s sharp post-impeachment criticism of Trump and the former president’s heated response – and will affect whether Republicans can regain the House and Senate next year and the presidency in 2024.

In the pre-Trump era, a coherent conservative philosophy defined the GOP: smaller government, fiscal responsibility and a robust Ameri-can presence abroad. Trump demolished those verities, so Republicans now define themselves almost exclusively by their relationship to a single person, Donald Trump.

Most Never Trumpers started spurning him in 2016. Though often key figures within their states, they remain on the outside nationally. Many are governors from Democratic states like Maryland’s Larry Hogan and Massachusetts’ Charlie Baker or outspoken former operatives and pundits like Bill Kristol and ex-John McCain strategist Steve Schmidt. Their most prominent voice is Utah Senator Mitt Romney, the 2012 Republican nominee.

Sometime Trumpers have generally backed Trump publicly, often with private reservations. Now, they want to steer the party’s image away from him, and a crucial factor will be how many prominent Republicans join them. Two people, with different goals, epitomise this group: McConnell and former South Carolina governor and UN ambassador Nikki Haley. McConnell, after backing Trump until the final days of his term and voting for acquittal, called him “practically and morally responsible” for the Jan 6 attack on the US Capitol building. Haley has swung back and forth, expressing disdain for Trump in 2016 before backing him, joining his administration before departing early, and supporting him in 2020 before belatedly denouncing his efforts to steal the election and encourage the insurrection that prompted his impeachment.

“I don’t think he’s going to be in the picture, ” Haley said in an interview with the Politico newspaper published last week. “We need to acknowledge he let us down.”

Haley’s strategy – setting a more independent course with an eye on a 2024 presidential nomination – is risky, since Republicans overwhelmingly still back Trump.

Her fellow South Carolinian, Senator Lindsey Graham, occasionally poses as a Sometimes Trumper. On the night of Jan 6, he proclaimed “enough is enough”, but quickly reverted to form. After the impeachment vote, he called “Trump-plus” the way back for Republicans.

They calculate the 2024 GOP will still be Trump-dominated and looking for a Trump 2.0. In almost the same category are Senators Tom Cotton of Arkansas and Marco Rubio of Florida, outspoken Trump advocates who opposed rejecting any electoral votes.

Overshadowing everyone is the former president, who appears vindicated and determined to settle scores with his political enemies. Sitting on the massive war chest he accumulated in the name of fighting the 2020 presidential election results, he vowed to campaign in GOP primaries against those who opposed him – senators like Alaska’s Lisa Murkowski and governors like Georgia’s Brian Kemp – and has not ruled out running in 2024.

Trump remains formidable. It’s hardly surprising that, of the seven GOP senators who voted for conviction, three just won re-election and two are retiring. The exceptions are Romney and Murkowski, who survived a multi-candidate race in Alaska before.

There are two big uncertainties. One is how Trump himself survives an array of legal threats that could yet sideline him politically. As McConnell noted, “President Trump is still liable for everything he did when he was in office.”

His fate could determine the futures of loyalists like former Vice-President Mike Pence and former Secretary of State Mike Pompeo.

The second is whether Biden can end the Covid-19 pandemic, restore economic growth and reestablish American global leadership. Successful presidents generally win reelection or, like Ronald Reagan, can help elect their chosen successor.

But while the president deals with the mundane task of governing, the GOP world will continue to be fixated and fascinated by the battle among its three factions. – The Dallas Morning News/Tribune News Service 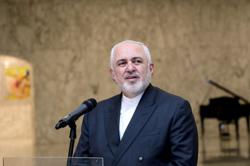