Bleak future: File photo of a lower income household. This younger generation may not be able to escape from the vicious cycle of poverty that their parents are stuck in. — The Star

FOR many of the lower income earners in Malaysian cities, the Covid-19 pandemic has not only hit them hard economically but it has also robbed them of being able to stand up once again.

In fact, the latest United Nations Children’s Fund (Unicef) Families on the Edge report released on Friday found that low-income households, especially in the cities, are in a weak position to weather further economic and social shocks and are at risk of backsliding.

Labourer Chen (not his real name) used to be a hotel janitor until a month ago. He not only had to switch industries but was forced to take on a job he once thought was done only by foreign migrant workers.

“I have to put food on the table. My children have to eat. I started to work here at the SS15 wet market (in Petaling Jaya) after being retrenched as a hotel janitor a month ago.

“It isn’t an easy job. I have to carry loads of vegetables and poultry from lorries to the stalls of traders for six hours a day. After that, I wash dishes at a restaurant nearby for a few more hours, ” said Chen, who said not everyone in his family knows he is doing this to eke out a living.

Chen is among the millions in the B40 lower income group that the Unicef report refers to. Many lost their jobs and were forced to look into different industries and sectors for alternate sources of income during the various stages of the movement control order (MCO).

The Unicef report puts it bluntly: If nothing is done right now, the B40 group might not only be unable to earn the low income they were earning before the pandemic struck but may also be faced with socioeconomic problems which will result in unhealthy and depressed generations that will have the country reeling in years to come.

“As Malaysia continues to battle Covid-19, it is critical that we take the opportunities created by Budget 2021 and the 12th Malaysia Plan to rethink social protection in Malaysia, to ensure that no family, and no child, is left behind, ” said Unicef Malaysian representative Dr Rashed Mustafa Sarwar.

This was Unicef’s second Families on the Edge report, led by Dr Muhammed Abdul Khalid and conducted with the United Nations Population Fund (UNFPA) and in partnership with DM Analytics, a Kuala Lumpur-based policy research and consulting firm. The report polled a group of 500 families with children in low-cost flats in KL.

According to the report, about four in 10 of those who are currently working do not have an Employees Provident Fund (EPF) or Social Security Organisation (Socso) account.

It also pointed out that the poverty rate remains high with one in two families living in absolute poverty and 97% of the households it polled living in relative poverty.

The report also found that many low-income households are worse off than before the Covid-19 pandemic began, as seven in 10 households reported that Covid-19 had affected their ability to cover basic living expenses.

The report also highlighted the toll that the pandemic is having on mental health and family relationships.

“With such a programme in place, it will provide vital interventions to protect communities, the informal sector, the elderly, the disabled and children, ” said Najib.

In the report, Unicef also noted that children from low income families are at risk of dropping out of school due to the combined financial and psychological impacts of the Covid-19 pandemic.

The report covered a period of six months and comprised a socioeconomic study, wellbeing interviews, as well as photography and videography.

“Future reports are expected to monitor the extent to which these families recover and offer critical insights for the general public and policymakers as Malaysia aims to ‘build-back-better’.” 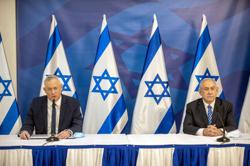