‘Why would they retire in the Philippines at 35?’ 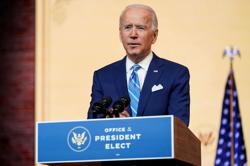 Attractive prospects: The Philippine Offshore Gaming Operator business is a growing sector in the country.

WHY are Chinese nationals as young as 35 retiring in droves and choosing the Philippines as their retirement home? What would make them give up gainful work in the prime of their lives, and prematurely decamp to a country that is worlds away from the might and sophistication of their superpower nation, now the second biggest economy in the world and poised to overtake the United States?

Those questions are being asked in light of a disturbing revelation by Philippine Retirement Authority (PRA) general manager Bienvenido Chy in a Senate budget hearing last Monday: that almost 28,000 young Chinese tourists have settled in the country as retirees, taking advantage of a PRA policy that approves the entry of foreign retirees as young as 35 as long as they have at least US$50,000 (P2.5mil/RM208,000) cash on hand. Although the policy applies to other foreign nationals, PRA data show that about 40% of all foreign retirees are Chinese, at 27,678, followed by Koreans, at 14,200.

Retirees under the PRA’s Special Resident Retiree’s Visa enjoy a lot of perks and privileges, among them an indefinite stay with multiple-entry/exit privileges; exemption from customs duties and taxes for the one-time importation of household goods and personal effects worth up to US$7,000 (RM29,109); tax exemption for pensions and annuities; exemption from travel tax under certain conditions; and PhilHealth coverage.

But such benefits aside, the influx of able-bodied “pensioners” into the country is, for Senator Richard Gordon, a “national concern.” Their number, he said, “is equal to 27 (Army) regiments; why would they retire here at 35... which is a soldier’s age?”

At that age, they could also be taking jobs away from the locals, Senator Nancy Binay pointed out: The PRA might not have sufficient funds to monitor “that the so-called retirees are not actually working as Pogos (Philippine offshore gaming operators), because if their demographics is 35 years, the probability of them working is high.” In fact, added Senator Joel Villanueva, the labour department in 2019 apprehended 6,678 illegal workers who had come in as tourists, only to wind up working in the Pogo sector.These developments seem perfectly acceptable to the government, whose mandate includes job creation for the country’s citizens. Public Works Undersecretary Emil Sadain revealed in a budget hearing that Chinese workers comprise a hefty percentage of the workforce in two infrastructure projects under grant packages from China: 31% in the Estrella-Pantaleon Bridge, and 45% in the Binondo-Intramuros Bridge construction.

Presidential spokesperson Harry Roque shrugged off the issue, saying that China should have “some flexibility in the personnel that (it) hire(s)” since it “donated the two bridge projects.”

That foreign nationals have had it easy breezing into the Philippines, whether as documented workers, undocumented ones, or “retirees, ” is clear from government figures. Per the Department of Labor and Employment’s records, they got almost 80% of the 143,000 Pogo-related work permits given by the department in 2019. And, according to Senator Risa Hontiveros, a “staggering” four million Chinese nationals have streamed into the country since 2017, “comparable to more than the entire population of Quezon City.”

Hontiveros’ Senate committee on Tuesday resumed its investigation into the “pastillas” scheme at the Bureau of Immigration (BI) that facilitated the illegal entry of scores of foreign nationals into Philippine borders for an unrecorded P10,000 “service fee.”

Since 2017, as much as P30bil in kickbacks from 3.8 million Chinese arrivals has allegedly been shared among BI officers under the scheme, while some P2bil in bribes from Chinese tourists has been generated under the visa-upon-arrival (VUA) racket. A BI employee last year blew the whistle on the scam, resulting in graft complaints being filed by the National Bureau of Investigation (NBI) against 19 BI employees and officers, and the VUA being strictly limited to a month.

The latest wrinkle in the case is the arrest of two brothers, NBI legal assistance chief Joshua Capiral and BI officer Christopher John Capiral, who both underwent inquest in September for extortion and graft. The two reportedly approached the implicated BI officers, offering to drop their cases in exchange for P100,000 each.

In his latest TV address, President Duterte once again vowed to be “unforgiving” toward corruption. Corruption can take many forms, and, clearly, throwing open the country’s doors to state-owned companies and millions of nationals subject to a foreign government has not only corrupted swaths of the government bureaucracy up and down the line, but, worse, may be placing the country’s national security at very real risk. – Philippine Daily Inquirer/ANN