Comment: Why Modi may be the most popular populist

INDIA'S Covid-19 cases continue to climb, even as the economy tanks. China is pressing forward on the two countries' disputed Himalayan border, where dozens of Indian soldiers have been killed. Tax revenues have plummeted, state governments are unhappy and 21 million of India's rare salaried jobs vanished in the past few months.

And yet Prime Minister Narendra Modi – who on Sept 17 celebrated his 70th birthday – remains as popular as ever. How does he do it?

While they have responded to the coronavirus in different ways, many of his fellow populists are struggling. Mexico's President Andres Manuel Lopez Obrador (Amlo), faced with crashing poll numbers, flatly refuses to believe they are true. Multiple missteps have brought Prime Minister Boris Johnson's Tories practically level with Labour in some recent British polls. President Vladimir Putin's United Russia party is facing a tough set of local elections.

And, of course, there's US President Donald Trump, whose re-election campaign seems to be based largely on pretending the pandemic doesn't exist.

Modi seems to understand something that the others do not about the relationship between a populist leader and voters.

In a crisis, you can, like Brazil's President Jair Bolsonaro, push your numbers up temporarily through cash transfers. Or you can, like Turkey's President Recep Tayyip Erdogan, use identity politics to distract people from your bungles; that's being tried in India as well.

But there's another factor that Modi exploits to the hilt. The most adept populist leaders do not only detach the electorate's perception from inconvenient facts, providing an alternative narrative in which they, and they alone, are the stars.

To repeat that trick in the face of disasters like a recession or a pandemic, they also need to act. They have to make the sort of big decisions around which their supporters can construct a convincing narrative: a decision that comes across as brave, or stern, or wise, or fatherly or, ideally, all of those things.

When Modi, with just a few hours' notice, withdrew 86% of India's currency in November 2016, it was unquestionably a disaster. People lost jobs and livelihoods, economic growth was mortally injured and, given that all the money eventually returned to circulation, none of the exercise's goals were actually met.

What Modi learnt from the experience, however, is that it does not matter whether the decision you make pans out or not. All that matters is that people believe that you did something big, something that only you would dare to do, and that you did it for the best reasons.

That's what many Indian voters thought about "demonetisation": If the gambit did not work, it was everybody else's fault. At least he tried to stamp out corruption, his supporters said, doing something no other prime minister in India's history, no other world leader had done. (For good reason.)

Political scientists Rikhil Bhavnani and Mark Copelovitch discovered that, in fact, Modi's party did relatively better in those areas where people were hurt the most by demonetisation. Apparently, the worse the medicine tastes, the more the doctor must care about the disease and want to cure it. A 70-foot-long cake for 'birthday boy' Modi from his supporters. — AFP

When Modi shut down the Indian economy in March in response to Covid-19's arrival on its shores, he did so relatively early. India's was also perhaps the most draconian such shutdown globally.

While people suffered, every voter in every part of the country knew that Modi alone had shut the economy down in response to the threat. By taking action early and on the grandest possible scale, he essentially inoculated his popularity against the pandemic's political effects.

No rival can now accuse him of not doing enough and be believed by voters. The chances are that the decision to go big will work out far better for leaders such as Modi and the Philippines' Rodrigo Duterte, who also shut down hard, than denying the pandemic will for others, from Amlo to Trump.

Denial and delay was, in any case, the wrong course. Now the effects of not acting are entirely on them. In India, they're on everyone else. If Covid-19 spreads, that's because bureaucrats, or state governments, or the people themselves failed to live up to the leader's vision.

Some have hoped that the pandemic will cause voters around the world to once again demand "competence" from their leaders. That's just wishful thinking.

India’s total coronavirus cases passed five million on Wednesday Sept 16 as the pandemic extended its grip on the vast country at an ever-faster rate.

With its latest one million cases recorded in just 11 days, a world record, India now has 5.02 million infections. Only the US has more, with 6.59 million.

Still, Modi remains immune from criticism. The evidence from India is that nothing has changed. The populist playbook is still effective, as long as it's in hands as skilled as Modi's. — Bloomberg

Mihir Sharma is a Bloomberg Opinion columnist. He was a columnist for the 'Indian Express' and the 'Business Standard', and is the author of 'Restart: The Last Chance For The Indian Economy.' 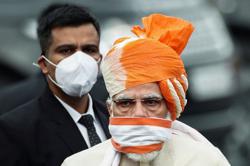 India's Modi says committed to COVID-19 vaccine for all citizens 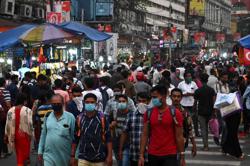 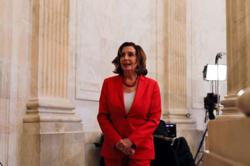