Traces of the coronavirus were discovered on a chopping board for imported salmon at Xinfadi market. — Reuters

AFTER an outbreak of the coronavirus at Xinfadi food market in Beijing last week, health workers collected thousands of samples and found that the most contaminated sections in the 112ha wholesale market were those selling seafood and meat such as beef and mutton.Experts believe the low temperature and high humidity environment there could be the reason for the latest outbreak, which infected more than 100 people.

“Why do these places become the centre of transmission? The temperature is low, which is suitable for virus survival, and the humidity is high. But further investigation is needed, ” said Dr Wu Zunyou, chief epidemiologist at the Centre for Disease Control and Prevention, at a daily briefing on Thursday, June 18.

The outbreak last December in the central city of Wuhan also started in a market that sold seafood and wildlife, among other things.

The findings from Xinfadi and Wuhan’s Huanan market provide “a new direction for solving this mystery”, said Dr Wu, who added that infected seafood vendors in Xinfadi had developed symptoms earlier than the rest.

Traces of the virus were discovered on a chopping board for imported salmon at the market, leading the authorities to suspend incoming salmon from Europe this week.

But health officials also said there is no evidence that salmon could be a virus carrier, and the outbreak was likely caused by human transmission and contaminated surfaces or goods.

Chinese Customs said on Thursday that it has tested more than 32,000 samples of imported seafood, meat, vegetables, fruit and other foods, and found them safe.

Top epidemiologist Zhong Nanshan on Thursday also said the outbreak at Xinfadi was more closely related to the food sold there than in Wuhan’s Huanan market.

“Virus in a wet and cold environment can be a problem, we should be more aware of that, ” he said at a talk organised by the University of Sydney’s China Studies Centre. — The Straits Times/Asia News Network 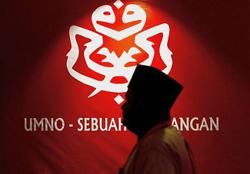