REVEREND Al Sharpton, who made an impassioned plea for racial justice at a memorial service for George Floyd on Thursday, is a flamboyant but polarising long-time black civil rights activist who once dreamed of occupying the White House.

Admirers laud the sharply dressed, 65-year-old Baptist minister and talk show host for the half-century he has spent campaigning to right wrongs against the US' African-American community.

But critics have accused Sharpton, who placed himself at the center of some of the most racially explosive issues of the 1980s in his native New York, of being a divisive racial provocateur.

Never shy of the spotlight, he has mellowed over the years and adopted a more considered persona, swapping the trademark tracksuit of his early activist days with pin-striped suits.

The big hair has also gone, and Sharpton doesn't quite cut the same imposing figure physically as he used to, but his fire still burns brightly.

"America, this is the time for dealing with accountability in the criminal justice system," he told the memorial for Floyd, who died on May 27 after a white police officer knelt on his neck for nearly nine minutes.

"We're going to keep going until we change the whole system of justice." Born in Brooklyn, in October 1954, Sharpton gave notice of his oratorical skills by preaching in a church service when he was just four years old.

Aged nine, he was ordained a Pentecostal minister. Martin Luther King was assassinated when he was 13 years old.

Sharpton, while still in his teens, was chosen by the Reverend Jesse Jackson as the New York youth director of a national initiative aimed at tackling poverty in black neighborhoods.

His life underwent a radical shift in 1973 when he met the soul singer James Brown backstage at a concert, and he ended up spending the next several years on the road as part of Brown's entourage.

There, he met his future wife, Kathy Jordan, who was one of Brown's backup singers.

Sharpton's political activism came to the fore in the early 1980s, when racial tensions climbed sharply in New York City.

In 1985, he made the national news leading protests against Bernard Goetz, a white man who shot four black teenagers trying to mug him on a subway and was acquitted for acting in self-defense.

The success of the demonstrations set a pattern, as Sharpton went on to rally supporters over similar incidents, including protests over the accidental running down of a young black boy by a Hasidic rabbi's motorcade – an event that triggered violent clashes between black and Jewish communities.

Critics saw his tactics as divisive, opportunistic and inflammatory, pointing especially to the 1987 case of 15-year-old Tawana Brawley, a black girl who claimed to have been raped by six white men, some of whom were police officers.

Sharpton became Brawley's most vocal supporter and famously accused an assistant district attorney of involvement in the rape.

A grand jury later determined that Brawley made up the incident, and Sharpton was compelled to pay the attorney US$65,000 for defamation. However, to the fury of his detractors, he is not known to have apologised.

"For some, that case defines my career and is the sole reason I should not be supported by anyone in this country," he wrote in his 2002 book, Al On America.

"For me, it defines my career because I refused to bend or bow – no matter the pressures. I took the word of a young girl, and if I had to do it over, I would do it again." 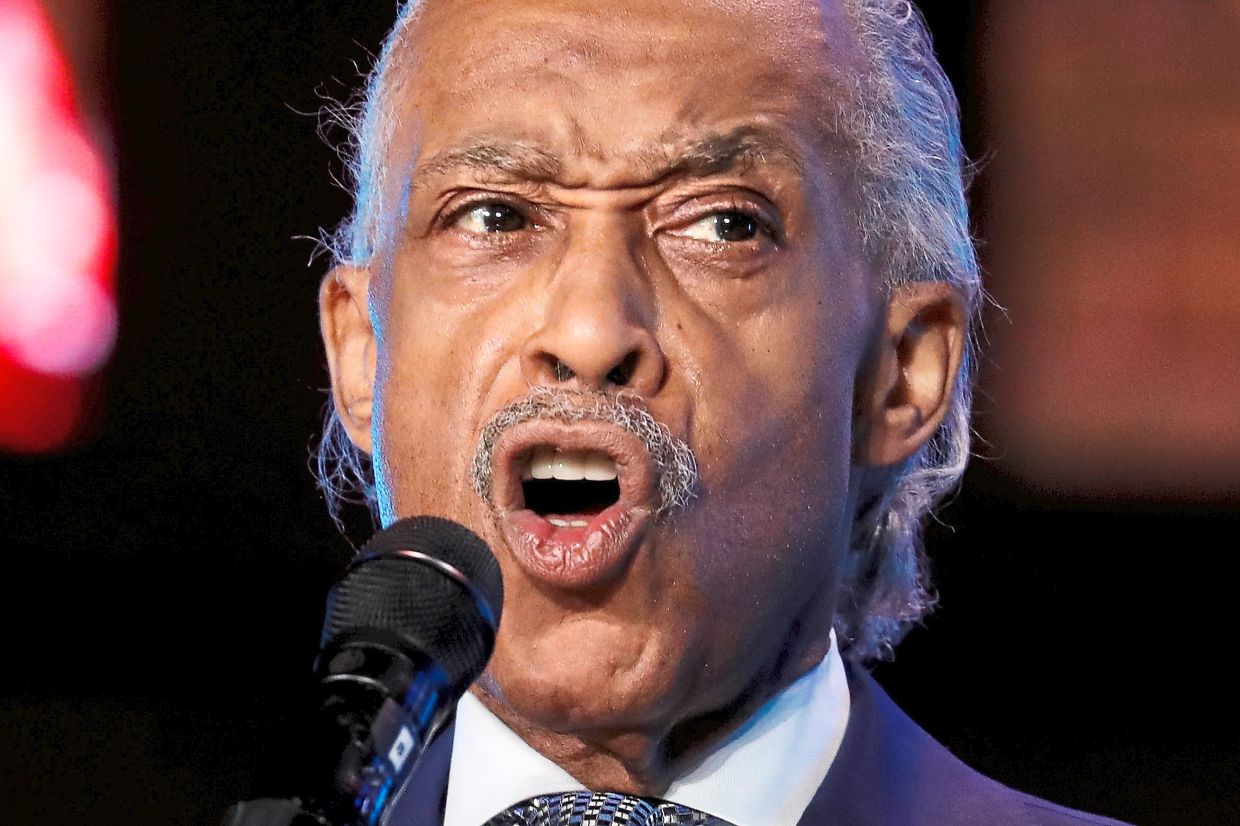 As his stature grew, he found himself accused of misusing funds and ran into tax trouble.

Sharpton ran for the Senate from New York in 1992 and 1994, as well as for New York City mayor in 1997. He failed in all three attempts but got enough votes to be taken seriously by his rivals.

He says a near-fatal stabbing in 1991 that occurred as he was readying to lead a protest march led him to be "less flippant, and more sober" in style.

"I couldn't shoot from the hip so much," he said.

In 2004, he ran for the Democratic presidential nomination but lost every race.

While Sharpton has tempered his approach, he remains outspoken, riling President Donald Trump last year in a dispute over Baltimore, which is majority black.

Trump, who has known Sharpton for years, branded him a "con man, a troublemaker."

"I make trouble for bigots," Sharpton fired back. – AFP