Campaigners have managed to keep the Congo national park free from drilling just as protected sites elsewhere are being cravenly redrawn.

It seems incredible anyone could contemplate drilling for oil in Virunga. Not only is this sprawling national park the oldest in Africa, almost the only commendable Belgian colonial legacy in the brutalised Democratic Republic of Congo, but it is also a place of unique biodiversity.

The spectacular habitats include tropical forests, marshes, savannahs, active volcanoes, lava lakes, even glaciers – and they are home to half the species in Africa, including a high proportion of the world’s few surviving mountain gorillas.

Little wonder it was designated a world heritage site by the United Nations. Yet four years ago Soco, an energy exploration company listed in London, was given permission to hunt for oil across the straggly southern half of this supposedly protected park.

Opposition has grown in recent months, with Archbishop Desmond Tutu leading protests against this proposed act of environmental savagery.

Now Soco appears to have seen sense, pulling out from the park under pressure from the British Government. The company has also agreed not to explore other world heritage sites. This is a significant victory for the cause of conservation, with the World Wide Fund for Nature (WWF) deserving great credit for skilled campaigning on an important issue.

Yet the struggle to protect the planet’s most special natural sites from rapacious extractive industries and their rent-seeking allies in government is far from over.

Last month the Tanzanian Government agreed to allow a Russian-owned company to carry out uranium mining inside the Selous game reserve. This famous park, named after a British game hunter, was also designated a world heritage site, as befits another of Africa’s great wildlife zones, although poachers have caused its celebrated elephant population to crash to a fraction of the vast numbers roaming there just a few years ago.

The authorities simply changed the park boundaries, with the craven agreement of Unesco, and there are suggestions a similar move might be seen now in Virunga. 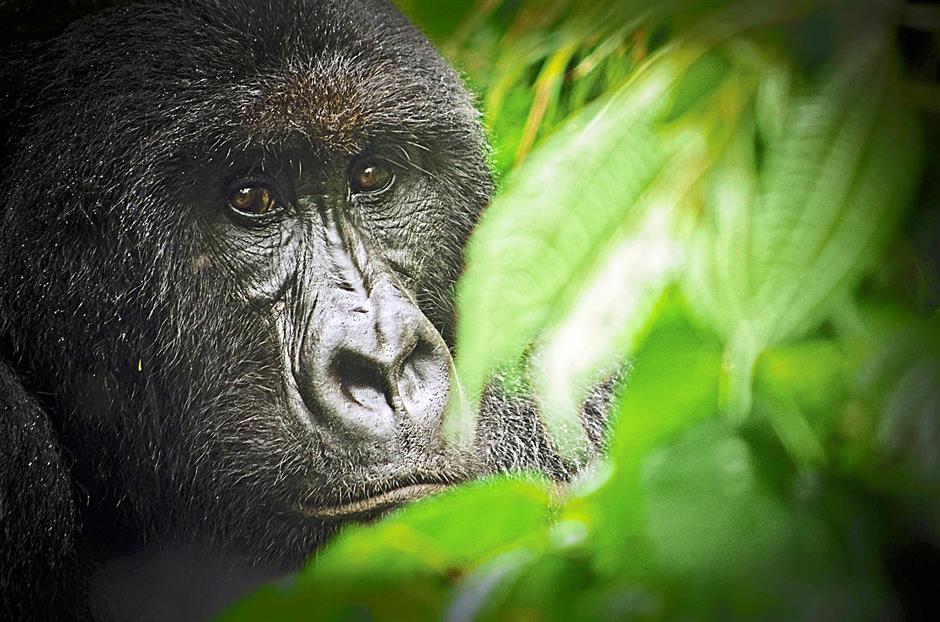 Saved from mining: The Virunga National Park in the Democratic Republic of Congo was where primatologist Dian Fossey conducted her groundbreaking research on mountain gorillas. Oil exploration firm Soco International has stopped its hunt for oil in a part of the park, Africa’s oldest. – LUANNE CADD/AFP

Supporters of the Selous decision argue that it shaves less than 1% off a park twice the size of Switzerland. But opponents rightly point to the mountains of toxic waste produced and the dangers of despoliation. For in this way – sliver by sliver, bullet by bullet – Africa’s wildlife is slowly encircled, endangered and eradicated.

Last year I was in Gabon which, due to its size, jungle cover and low population, has become the forest elephant’s last redoubt; even here, with a government fighting hard to protect these fabulous beasts, it is hard to be optimistic for their future, such is the scale of the threat.

Africa’s great parks and amazing wildlife face challenges on several fronts. Having killed hideous numbers of elephants and taken rhinos to the edge of extinction, poachers armed with automatic weapons are turning to lions to feed Asian demand for traditional medicines and trinkets.

The continent’s human population has doubled in less than three decades to more than one billion. As these people and their nations get richer, pressures grow on the environment, driven by demand for food, fuel, housing and transport. All too often, the problems are inflamed by conflict, corruption, poor governance and greedy outsiders.

The Soco campaign was successful because it targeted a British firm becoming ensnared in a public relations disaster and susceptible to pressure. But we in the West should be wary of lecturing African countries constantly on these issues, given the intense economic and population pressures facing the continent, not least since there is a whiff of hypocrisy when we wiped out so much of our native wildlife and altered our natural landscapes as our own nations developed.

Instead we should intensify pressure on international institutions to adhere to protective status. Perhaps we could push to bring in world heritage species to provide an additional layer of protection, an idea mentioned to me by veteran wildlife campaigner Will Travers.

It would also help if we cracked down properly on the dodgier players and their pinstripe city pals, since bribing state officials and smuggling assets offshore fuels the corruption that so often curses and corrodes countries with natural resources. This is increasingly important as new oil and gas discoveries are made across the continent.

Ultimately, however, there must be domestic solutions to safeguard Africa’s environmental heritage amid its much-needed economic growth. These will come from the stuttering spread of civil society, improved governance, greater transparency, new technologies and the emergence of a vocal middle class.

Congo’s mineral wealth has, after all, clearly short-changed its long-suffering people with shady deals and bloodstained incursions. But, as WWF sought to show, its parks can drive growth.

For all the slaughtered creatures, decimated forests and over-fished seas there are glimmers of good news. In Kenya, for instance, the global ban on ivory combined with local anti-poaching measures and innovative efforts to balance the needs of nature with a fast-expanding nation has led to rising elephant populations.

In Malawi, a private-public partnership revived and restocked an important national park. Namibia and South Africa can also point to success stories. Now we can add to this list those great apes lumbering around the lush rainforests of Virunga, safe from destructive humans a little longer. – Guardian News & Media