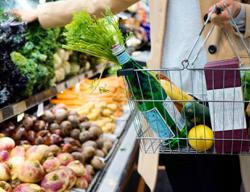 REGARDLESS of age, Malaysians are feeling the effects of inflation with youths tightening their belts to stretch the ringgit.

Over 85% of youths surveyed by the Tun Tan Cheng Lock Centre for Social and Policy Studies (TCLC) of Universiti Tunku Abdul Rahman (UTAR) said they were aware of inflation issues and almost 85% of them felt pressured due to the rising cost of living in the country.

Over 80% of the 260 respondents were aged between 16 and 25, while 16.9% were aged between 25 and 30.“Only less than 3% of the respondents disagreed that they felt pressured. This indicates that the impact of inflation has taken a toll not just on the financial state of the Malaysian youths, but also on their mental health,” the two-week online survey, conducted between August and September this year, found.

Headline inflation, according to the Statistics Department, has slowed down year-on-year (y-o-y) to 4.5% for September 2022, while core inflation rose slightly to 4% y-o-y as compared to 3.8% in the month before. The highest consumer price index (CPI) this year was recorded in August, at 4.7%.

To cope with rising costs, the TCLC survey also found that 40% of the respondents were seeking or taking on more part-time work, while 80% started doing more to save.

It is understandable that responses to these challenges appeared to be passive, rather than active, because the majority of those surveyed were full-time students or workers.

Realistically, they would not have much time or energy left to take on extra jobs no matter how keen they were to do so, the TCLC explained.

“Undeniably, spending habits are the most important factor since people can’t avoid spending. Given the results of the study, the pressure on the youths in Malaysia due to the rising cost of living needs to be addressed,” the TCLC press release read.

Youths are becoming more prudent with their money and are taking on extra jobs to make ends meet but are these measures enough to see them rise above inflation?

Rational, he said, is a word that best describes their current financial attitude.

Tan, who led the study, said most youths would prefer to stay home and spend less on entertainment nowadays.

This change in behaviour is likely to be a reaction to the weakening economy, he offered, as youngsters are also feeling the strain.

“It is wise of them to be more careful with their spending but this is the result of a sad and unhealthy phenomenon.

“The youths should be the group of people who are passionate, sociable, active and aggressive in pursuing a happier life.

“However, the rising cost of living has limited their capacity to do so,” he explained.

Tan called on policymakers to develop measures to improve the economy.

“It is important to find ways to assist our youths as most of them are still pursuing their tertiary education or are just about to enter the workforce.” 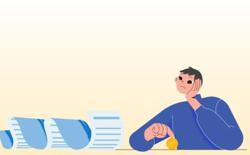 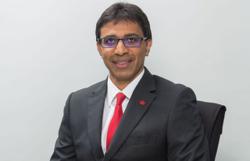 Be part of a university ranked top 50 in the world
Groups hope ministers will improve education
Group hopes PM will help sort out Tamil schools' woes
Woman inspired by dad’s last words
Sabah eyeing ‘wealth-based’ higher learning to boost economic growth
PTPTN repayment incentive taken up by over 11,000 S'wak graduates since 2019
Doctor, doctor: Identical twins graduate together with medical degrees
Why some Malaysian youths are going bankrupt - Insolvency Dept: Over 20% of bankrupts are youths
How young Malaysians can avoid being poor
‘Teach us how to manage money wisely’