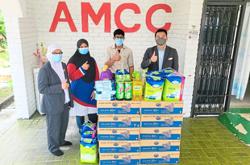 The appointment was a homecoming for Mohd Hassan for it was during his tenure as Petronas president and chief executive officer that the idea for UTP was mooted, conceptualised and eventually realised.

It was exactly 25 years ago on Jan 10, 1997, that he received the invitation letter from the government to establish UTP.

He was the varsity’s first board of directors chairman and was very much involved in the establishment and development of the campus. He was also the pro-chancellor from 2003 to 2010, the varsity said in a press release.

In his speech, Mohd Hassan reminded the graduates not to forget the less fortunate and contribute to societal upliftment in whatever form regardless of race or religion.

He also stressed the importance of being rational and responsible when dealing with issues in the post-pandemic world such as climate change.

“Governments may speak of their climate plans and goals, with targets and deadlines, but the how-to is where the challenge lies. I urge the graduates to think about the how.

“Consider the ways in which you can be involved in the how-to, while always keeping in mind that the solution and the approach have to be carried out in a responsible way,” he said before launching UTP’s 25th anniversary celebration.

To commemorate the varsity’s silver jubilee, UTP will organise various events and activities throughout the year for staff, students and the community.

UTP vice chancellor Prof Dr Mohamed Ibrahim Abdul Mutalib, in his speech, emphasised the importance of the graduates upholding the amanah (trust) placed on them.

“It is an amanah for you to always do the right thing in honouring the trust and hope of your loved ones, UTP and the nation,” he said.

The varsity’s convocation ceremony was held over 10 sessions, from Jan 10 to 14.

The convocation ceremony was held in strict adherence to the standard operating procedure – prioritising safety and health precautions, as well as physical distancing. 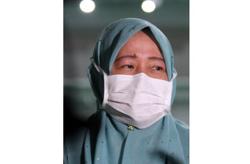