GROWING up, Lim Zi Mo couldn’t afford to buy helicopter toys as they were seen as luxury items in his family.

Using that as his inspiration, the Universiti Tunku Abdul Rahman (UTAR) mechanical engineering student worked on his project titled “Helicopter”.

His effort, spanning over two weeks, reaped rewards as he won the Solidworks Design Challenge, defeating 15 contestants locally and from Australia.

The contest, organised by 3D design solutions provider Dassault Systèmes SolidWorks, was open to SolidWorks users and students within Malaysia and Australia, UTAR said in a press release.

“I am surprised. It’s unbelievable to think that I’m the winner of this contest.

“It was challenging for me to prepare the project with over 60 components in only two weeks, ” he said.

His biggest challenge was time constraint.

“Besides that, my computer wasn’t in the best condition either.

“I had to spend a lot more time on the design element of each component of the helicopter because my computer would suddenly shut down or freeze.”

Time constraint aside, Lim did not have a mentor to guide him.

Persistence, patience and the ability to think out of the box, he said, were some of the most valuable lessons he learnt throughout the competition.

“I am now looking for more competitions to participate in the future, ” he added.

The submissions were evaluated by judges (70%) and through public votes (30%).

The judges, UTAR said, evaluated the participants’ ability to

build an assembly using SolidWorks software, and their originality and creativity in conveying the theme of the contest, which was “The Toys We Never Had”.

The aesthetic qualities they demonstrated in their entries, too, played an important role in the evaluation process. 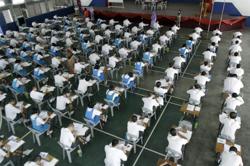