IN Mary Shelley’s classic novel Frankenstein, Dr Victor Frankenstein creates a living creature in a bizarre experiment simply by using body parts taken from different corpses. Despite his good intentions, the finished creature is hideous and Dr Frankenstein is repulsed by his own creation.

The image of this monstrous creature recently came to mind as I was reading a student’s written assignment that had been submitted for grading.

There was a complete lack of cohesion and coherence in the writing. The sentence structures, too, were disjointed. Strange words which were remotely related caused much confusion in terms of diction. Ideas lacked continuity from one paragraph to the next. In certain places, it seemed like the writer had juggled a number of words up in the air, and randomly landed them as sentences on the page.

I agonised over this particular assignment. The more I read this term paper, the more likeness I could see between Frankenstein’s monster and this piece. It was only after a discussion with a colleague that I realised the piece was very likely the result of botched paraphrasing.

The student had most probably sourced for materials from different authors, patched the sentences into paragraphs without much thought or synthesis, and then used a paraphrasing tool to churn out the finished product.

It then dawned on me that I was behind the times in the ever-widening use of paraphrasing tools that are available online.

Based on what I heard from teachers and academicians in local institutes of higher learning, many students who lacked confidence or the competence needed for academic writing were using online paraphrasing tools as a quick fix to pass plagiarism checks.

The formula is straightforward. First, duplicate someone else’s written idea. Next, clone possible copies from different sources and finally, use paraphrasing tools to “rewrite” the whole piece. Then, submit it as your own original work.

As unethical as it may sound, there are those – academicians included – who see nothing wrong with such submissions so long as the original sources are acknowledged. After all, they reckon that the piece passed the plagiarism check test.

Academic work requires reviews of literature and the incorporation of findings from other published texts to reinforce one’s own ideas.

In doing so, such literature serves to strengthen the hypothesis. There will, undoubtedly, be times when paraphrasing is required with original sources duly acknowledged.

This, however, comes from actual comprehension, analysis and evaluation within the synthesis of original thought, not mindless patchwork of other people’s text. What is becoming rather alarming are the shortcuts resulting in the actual thinking process being sidestepped and compromised.

In the end, what is produced is a misshapen, distorted piece of writing which, at its worst, is completely incomprehensible – in short, a literary Frankenstein’s monster.

Perhaps what is even more alarming is how the process is condoned, or even encouraged by those who set these writing assignments. In a world where meanings, definitions and designations are rapidly changing, I can’t help but wonder if the meaning and rules of writing have changed.

Mindless replicating of others’ hard work that is passed off as one’s own has already become the accepted norm in education institutions.

With the dawn of Industrial Revolution 4.0, publishers are using artificial intelligence to produce content. We need to ponder if the writing tasks we give our students will be completely taken over by robots in time to come. The use of algorithms and prompts is able to generate impressive text.

Will there come a time when students or academicians no longer need to write assignments or work on dissertations? They may become mere curators or enablers of the writing, providing the right prompts and instructions to the machines which are doing the writing for them.

Will there come a time when the act of writing itself becomes redefined as being able to produce written work no matter what procedures are used?

Will there come a time when the teaching of grammar is no longer necessary and students need not master the rules of language and sentence structures?

Those of us who went to school before calculators were introduced in the subject of Mathematics will remember how we used to do long division and multiplication problems manually. More complicated calculations such as those involving trigonometric functions and decimal square roots were done with the aid of the table of common logarithms.

When we became teachers ourselves, calculators were allowed in the classroom and we found a sharp decline in our students’ competence in basic mathematical operations as their dependence on the calculators increased.

Students, even at secondary school levels, would often whip out their calculators for basic one-digit multiplication. Why bother to master multiplication tables when all you need to do is tap the right numbers on the calculator?

Will there come a day when students will not be able to express their thoughts independently in a simple paragraph, let alone an essay? There are already emerging trends where everything is done for you – the calculation, the writing and perhaps even the thinking.

What are the roles of teachers in the midst of all this? In some contexts, the word “teacher” has been replaced with the term “facilitator” to point towards someone who enables the process of learning to happen. But what does “learning” itself mean in the present era?

The overarching question would be whether technology and machine intelligence – while having the potential to revolutionise the education scene – will replace the need for students to master basic skills.

Would that really be so terrible after all? Why would we need to know how to string a sentence together sensibly if the job can be done by a machine? Some may liken it to making a cup of coffee. We just put the ingredients we want together in the right measure. We don’t actually grind the coffee beans anymore.

But someone else did. Someone else before us had to supervise the processing of all the raw ingredients before the final cup of coffee was savoured.

So perhaps we may reach the point eventually when students don’t actually have to write to produce essays, reports or theses. When we do reach this tipping point, who claims the authorship of the writing or rather, the facilitation of the writing? What is really yours and what belongs to machine intelligence?

We have yet to contend with this scenario fully. Hopefully in the future, no matter where writing takes us, we will still be able to partake in the author’s freedom of expression, and soak in the essence that is unmistakably the hallmark of being human.

Dr G. Mallika Vasugi, who currently teaches in a local university, provides insights into the teaching profession. The views expressed in this article do not necessarily reflect the views of The Star. 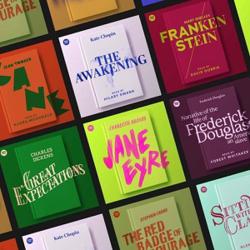 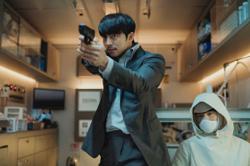