M’sian gets on UK quiz show 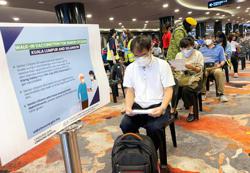 IT was second time lucky for a Malaysian Masters student who got onto an established university quiz show in the United Kingdom (UK).

Imran Iskandar Abdul Rahman (pic) made it onto University Challenge (UC) last year, after not making it past the written round held by his university, Imperial College London, UK, in 2018.

“It’s generally not easy to be selected at the first attempt and I wasn’t better prepared the second time around.

“The concept of systematic studying for a quiz was unknown to me at the time, ” the 21-year-old from Petaling Jaya, Selangor, told StarEdu in an email interview.

UC, he explained, is a televised quiz show comprising teams representing different universities in the UK.

“The questions are on general knowledge although it’s mainly high-brow stuff, so no questions about Twilight, chart-topping singles of the 90s or anything like that. Most of the questions are within the categories of literature, history, geography, science and art.

“I was surprised at being called back for the buzzer round considering I wasn’t the previous year, so it was an even bigger surprise that I was selected for the actual team.”

The others on the Imperial College London team, led by captain Michael Kohn, are Justin Wong, Katie Marrow and reserve Matteo di Venti.

So far, the team has completed four rounds of the show, which can be found on YouTube.

Their first quarterfinal match, in fact, had just been completed on Feb 1.

Only 28 teams made the cut to be on the show in last year’s series.

Imran Iskandar said the college chose the team based not only on who performed well, but also on their individual strengths, to make sure that they covered as many bases of knowledge as possible.

“When I was still in Malaysia before coming to Haileybury and occasionally watching UC episodes on YouTube, I never thought I’d get into a team, let alone one with such strong teammates who had a good shot at winning the whole thing.”

Amid the lockdown in the UK, they went to the studio to film the show, with strict physical distancing measures in place.

“Unlike the first round, we couldn’t socialise with the other teams.”

There were weekly trainings and lots of self-study to prepare for the quiz.

“Since she studied politics (at the London School of Economics and Political Science) and I was put in charge of the social science questions, I asked her about various aspects of political science. “She also offered to give me pointers about popular music since UC has a music round, which is either classical or popular, ” he said, adding that he politely declined her offer as the team felt it was too much effort for too little gain.

Unfortunately, it was a decision they came to regret as popular music was the music round for their first round match.

Imran Iskandar is not the

first Malaysian to make it onto

“After our first round match aired, I got a nice message from another Malaysian who appeared on UC during the 2011-12 series.

“I tried out for UC because I was getting decent scores when watching episodes by myself. I also thought that being on the show would be a cool experience, ” he said, adding that he first caught the show when he was on holiday in the UK with his family at the age of 14.

He forgot about it until he started watching it again during his A-Level days in the UK.

“It seemed way harder and more fast-paced than any other quiz show I’d seen.”

He is currently in his fourth-year pursuing his Masters in Theoretical Physics at the college.

He hopes to pursue his PhD in the same field after completing his Masters with a dream of entering academia after that. 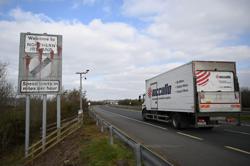