While he officially retired on Jan 10, the former Higher Education Ministry director-general hopes to continue offering his knowledge and services to the sector.

He currently serves as the chief executive officer and vice-chancellor of City University.

“I have spent 35 years in education, doing research and teaching.

“These are things I cannot stop abruptly and just sit back to enjoy my retirement.“With the kind of experience I have as an academic, and as long as I can still think productively and produce ideas, I want to contribute to the higher education sector, ” he told StarEdu.

Speaking of his new role in City University, he said he plans to build on its research capabilities as he believes it’s an area many private universities are lacking in due to the lack of government funding.

“Research is typically looked at as an area that is not profitable.

“Of course, universities eventually publish journals and commercialise their innovation but it takes years before they begin to see their return of investment.

“It’s an area that cannot be ignored, so we must continue to build manpower and produce good research proposals which could in turn, assist universities in landing research grants, ” he said, adding that the higher education sector has plenty of room for improvement.To begin with, Prof Mohamed Mustafa said the curriculum should be reviewed yearly, if not every three years, for improvement and upgrading.

“The current practice is to review the higher education curriculum every five years, which is too long of a period. “It must be more competitive and comprehensive to suit current needs which are changing rapidly due to disruptions brought by technology and the Covid-19 pandemic.

“Additionally, universities must look more seriously into digitising their education. We must do away with the old ways, ” he added.

Elements of entrepreneurship, too, must be embedded into the curriculum to produce job creators. With these skills, he pointed out, graduates can create their own opportunities instead of relying on companies to hire them.

“This isn’t something new. In fact, the ministry will be releasing a guide called the MoHE Guide to Entrepreneurship Integrated Education.”Moving forward, the educationist hopes to see more students who graduate as people with integrity and ethics as he believes it is not enough to have excellent knowledge and grades alone.

A balance between these elements is necessary, he added.

Thanking him for his service, Higher Education Minister Datuk Seri Dr Noraini Ahmad said Prof Mohamed Mustafa held various levels of administrative positions, which include Universiti Utara Malaysia (UUM) deputy vice-chancellor (Academic and International) in 2009 before being appointed as the varsity’s vice-chancellor in 2010. “Despite only leading the ministry’s top management for eight months, various programmes have been successfully implemented including the Higher Education Ministry-Career Advancement Programme (KPT-CAP).

“This programme, which focuses on graduates’ reskilling and upskilling, is an effort to help improve their skills as well as produce skilled graduates to meet the appropriate job market.

“He is also the architect behind the planning and implementation of the KPT-PACE programme, for which the government has allocated RM150mil. “Through this programme, new graduates will be offered a voucher of RM3,000 per person to follow a professional certificate course, ” she said in a Facebook post.

On UUM’s Facebook, the varsity said Prof Mohamed Mustafa brought various transformations and changes at the varsity, leading it towards achieving an international university status and making it known for its various prestigious international accreditations.

“The third phase (2021-2025) is now led by the university’s latest leadership and staff to ensure its agenda towards becoming a leading management university is achieved, ” the university added.

Through his leadership, the university did well in several ratings, such as achieving five stars in the Rating System for Malaysian Higher Education Institutions (Setara) and Malaysia Research Assessment (MyRA).

Prof Mohamed Mustafa was also the first Malaysian to be appointed as a Chartered Management Institute Companion, the most senior grade of membership, for his tenacity in transforming UUM into the best management university in the country.

In 2013, he attended the Advanced Management Programme at Harvard Business School, Harvard University in Boston, the United States. – By SANDHYA MENON 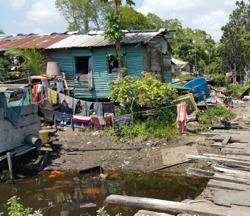