Counting on the girls 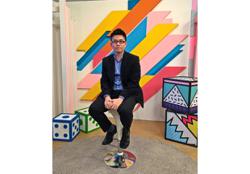 THE future is STEM; this is a saying that has been hackneyed time and again.

The government has continuously invested in Science, Technology, Engineering and Mathematics (STEM), as seen in the recent tabling of Budget 2021 where RM400mil was allocated for research and development efforts under various ministries and agencies to support the development of science and technology.

The question, however, is whether the country’s youth have an interest in the areas of STEM.

In a recent study titled ‘Gender Differences in the Interest in Mathematics Schoolwork Across 50 Countries’, Sweden’s Mälardalen University professor of mathematics and Stockholm University researcher Prof Kimmo Eriksson observed that in countries where academic performance in Mathematics is high, students tend to have lower levels of interest in the subject.

His study was based on the data of more than 500,000 eighth grade students in 50 countries from the 2011 and 2015 waves of Trends in International Mathematics and Science Study (TIMSS).

The study, published over a month ago on Nov 25, also looked into the influence of gender differences in one’s interest toward the subject.

Speaking to StarEdu, he said he found a “remarkably strong” negative relation between students’ TIMSS performance and their interest in Mathematics schoolwork while conducting the study.

“I then tried to understand why this relation would emerge and found previous literature suggesting that high standards may have a negative effect on interest.

“Of course, individual students are different from each other so this direct negative effect would only affect some students. I then connected this to my other research interest which happens to be in social influence and conformity.

Variation in gender differences in interest, he added, are driven by a complex process, with the effect being amplified among girls due to their higher conformity to peer influence.

“That high-achievement culture may be killing students’ interest is arguably a serious problem. Comparisons between high-achieving countries indicate that the problem might, however, be solvable.”

The variation among female and male students’ interest in Mathematics homework across countries is substantial, he said, adding that in countries like Japan, Hong Kong, Sweden, and New Zealand, the interest level of the average girl was about 0.2 standard deviations lower than the interest of the average boy.

The roles were surprisingly reversed in countries like Oman, Malaysia, Palestine and Kazakhstan, where girls were far more engaged in the subject.

Commenting on Malaysia, Prof Eriksson said this could be the case as “standards are not so high in Malaysia”, causing no negative effect in students’ interest.

“But there could also be other factors that are difficult to measure.

“This study points to the challenge of finding ways to maintain high standards without having students lose interest in the schoolwork.

“This, I believe, is a question that many stakeholders must recognise and grapple with, ” he pointed out. — By SANDHYA MENON

When gender matters not