The design was accepted on Sept 25 last year for publication in the Biomedical Journal – a Scopus Q1 journal with an impact factor of 3.697, which makes it a top-level journal in its subject field.

Sunway University and the University of Cambridge have initiated the first step in their quest for a novel approach for Covid-19 vaccine delivery which could result in a vaccine that can be more quickly distributed around the world.

Typically, most vaccines are administered through hypodermic injections, said Sunway University in a press release.

The challenge with this form of delivery is that when a vaccine is finally approved for manufacture and delivery, there needs to be large support from manufacturers of vaccine ancillaries such as chemical additives, hypodermics, glass vials, rubber, stoppers and other parts of an injection kit and storage equipment such as deep freezers.

These requirements can potentially delay vaccine delivery or even make it entirely inaccessible for some parts of the world. Hypodermic injections also require highly trained personnel for administration.

Sunway University Centre for Virus and Vaccine Research head Prof Poh Chit Laa explained: “With a peptide-based vaccine being encapsulated in nanoparticles which can be swallowed as a pill or delivered intranasally, vaccine delivery can happen at a much faster speed to more parts of the world as they do not require ancillaries, cold storage at -70 or -20 degrees Celsius during transportation or trained personnel for injections.”

She has successfully completed the first step of her design of the SARS-CoV-2 vaccine – the identification of B-cell epitopes (specific parts of antigen to which an antibody binds) and T-cell epitopes (for long term memory and protection) for her multi-epitope peptide-based vaccine – which started in June last year.

“The analysis of which epitopes would induce strong antibody and T-cell responses has been published in the Biomedical Journal. “The next stage consists of evaluating the immunogenicity of the peptides representing the B-and T-cell epitopes for their ability to elicit potent immune responses and safety of the peptide-based vaccines in mice.”

If peptides representing highly conserved B- and T-cell epitopes can be incorporated in the vaccine, cross protection against newly evolved SARS-CoV-2 strains should be possible.

This multi-epitope-based peptide vaccine may assume the role of a universal SARS-CoV-2 vaccine. It may end up replacing the current forerunner vaccines that may not protect humans against newly evolved SARS-CoV-2 strains.

“The peptide-based vaccines will need to be tested against a non-live virus – a pseudo typed SARS-CoV-2 which will be provided by Cambridge University collaborator – for us to determine the neutralising antibodies that the vaccine can elicit in mice.

“When we have confirmed that the antibodies are neutralising, we will then pass the peptides (both naked and encapsulated in

nanoparticles) to the Cambridge University collaborator to perform immunisation experiments followed by a live virus challenge at the Jeffrey Cheah Biomedical Institute (JCBMI) in the University of Cambridge UK, before proceeding to clinical trials in the future.”

Advisor to the Sunway Education Group Chairman and Chancellor Prof Sibrandes Poppema said: “Prof Poh’s work is one of the two collaborations which were undertaken by Sunway University, Sunway Medical Centre and researchers at the Jeffrey Cheah Biomedical Institute (JCBMI) at the University of Cambridge.

“The other collaborative effort is on the sequencing of SARS-CoV-2 genomes of cases diagnosed between March and June at Sunway Medical Centre. The research is now completed and a joint manuscript will be submitted for publication.”

PLGA is an US Food and Drug Administration (FDA) approved elastomeric copolymers for drug delivery owing to its biodegradability, biocompatibility, mechanical properties and ease of processing.

To achieve global access, novel technologies such as the encapsulation of peptide vaccines in nano-or micro-particles using microfluidics approach that will produce highly uniform monodispersed “microcapsules“ suitable for oral and intranasal delivery are worth pursuing.

This should yield a more efficient vaccine with high patient compliance, the press release read. 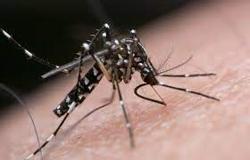