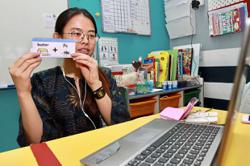 Wider reach: Educators from East Malaysia say TV Okey is helpful to students living in the outskirts of the cities who can’t get Internet access.

With the realisation that Internet access and smart devices are a luxury for many households, the government launched TV Okey – an important learning tool particularly for those in rural areas.

A teacher herself, the mother of seven year-old Irfynna Marcia Egai, said she is delighted whenever she sees her ‘angel’ get excited about education.

“She sings along happily with the Bahasa Melayu (BM) education programme teacher and puppet on TV Okey.

“I enjoy watching it with her because she’s having so much fun, ” she said with a chuckle.

Irfynna, a Year One pupil in SK Tatau, Bintulu, Sarawak, has been tuning in to the BM lessons on RTM’s special channel dedicated to educational programmes since the movement control order (MCO) was announced last month.

Florence found out about the channel through the Education Ministry’s Facebook page, which she constantly monitors for updates.

“Not all the content on TV Okey are suitable for Irfynna as she is only in Year One but she loves the BM programme as it’s engaging and captures her attention.”

Describing the programmes as a form of edutainment, Florence said airing educational shows help children in their studies.

“Doing quizzes and homework sent by teachers through online links make up for the ‘classroom time’ they’re missing at school while these shows are like extra classes.”

Noting that the Internet is not stable in the outskirts of East Malaysia, she said television programmes are a good way to reach out to students there.

“Even children staying in longhouses can watch these shows unlike Google Classroom which depends on a strong Internet connection, ” she pointed out. Nur Fariza said teachers, through the parent-teacher WhatsApp group, instruct students to tune in to a particular programme as a refresher to what they’ve learnt in the syllabus.

“Since the instructions are from his teachers, my son tunes in and actually concentrates. He even managed to use some of the information he’s learnt from the shows when doing quizzes that teachers assign on Google Classroom.

“He is a little weak in his studies but over the past few weeks, he’s been more engaged in learning, ” she said, adding that he has stopped dawdling when being asked to revise or do his homework because he likes learning virtually.

“Also, which child doesn’t like watching television?” she quipped.

“But sometimes I do catch him trying to watch other channels, especially sports when a football match is on, ” she said, laughing.

Glad that the government has not neglected the children’s learning needs, she said educational television programmes paired with online learning has been effective in helping children keep up with studies during the MCO.

Muhammad Al Ieqbal Nur Haqiemi Abd Khalid, 17, said he started tuning in to TV Okey after he was told by teachers that RTM was airing educational programmes.

“I would always wait for the Mathematics programme to come on. The explanations provided help me work on equations that are confusing, ” said the student who also watches History programmes on the channel.

The pace of the lessons is just nice, he said, adding that he had no trouble keeping up with the teacher.

“To me, the programmes are a summary of the lessons we’ve learnt in class. Current and older lessons in the syllabus are taught so the programmes are like a refresher course. I don’t have to spend time flipping through my books to look for a particular chapter.

“My parents don’t nag me to study when I watch TV Okey because they know the shows I’m watching can help me improve, ” said Ieqbal who hopes to score an A for Mathematics in the SPM next year.His friends also watch the programmes as part of their daily revision.

Sherralynn Leeanne M. Suleiman, 14, from SM St Michael, Penampang, Sabah, said she makes it a point to do so.

Learning from television educational programmes can be fun, she said.

“I get the programme schedules online. It’s quite a leisurely way to learn, ” said the student who likes the Science and History programmes.

Television programmes benefit students like herself, said Sherralynn, adding that not every student has access to electronic gadgets.“The network in rural areas – especially villages that are deep in the jungle – is unstable. Students find it difficult to learn online.

“With TV Okey, we can watch the programmes during our free time when we are not so stressed.

“This way, our brain is able to absorb the information better as we are not forcing ourselves to memorise lessons, ” she said.

Besides educational programmes on TV Okey, she also enjoys watching Oh My English and Misi Study PT3 on another channel.

“I have been watching Oh My English since 2013. It improved my English grades, ” she said, adding that Misi Study PT3 helped her keep up with daily lessons in school.

Describing the ministry’s initiative as an “excellent move”, Sarawak Teachers’ Union (STU) vice-president Adam Prakash Abdullah finds the content of the programmes to be well thought through.

“Outstanding teachers were sought to host the programmes which have been tailored to the national school syllabus. Subjects are prepared by experts and presented by those experienced in the field.

“We cannot expect an exact replica of classroom-style teaching and learning, but I would say that it is not difficult for students to follow the lessons on television.

“These lessons, however, are meant to cater for a mass learner audience, not to all types of learners. Slow learners may have problems learning by themselves so the role of the adult here is very important.”

Adam, who is also a teacher trainer at the Rajang Teacher Training Institute, Bintangor, encouraged parents to play a role in their child’s education during the MCO.

“Children should watch the programmes under the supervision of adults who can assist in their learning and clarify matters that the student does not understand. I am sure this is not a problem as most parents – even those from the rural areas – are educated to a certain extent.

“Parents should be responsible for their children’s learning and at the same time get a feel of what a teachers’ life is all about.

“Do not look for faults in these programmes but try to add value to the lessons and do something to fill in the gaps if you find any, ” he said.

Chung, who has watched a few programmes herself, said they are informative but can never replace the face-to-face classroom interaction.

The programmes, she said, are effective as a learning tool, but only to a certain extent.

Children at home must themselves want to learn. They must be motivated to complete their tasks.

“Students in rural areas with electricity supply and a television will be able to continue learning from home.

“But we cannot deny that there are some households that live without television, while others do not even have electricity.

“Nonetheless, the educational programmes are helpful. Based on the schedule, those that are aired during the MCO vary in levels and subjects.”

She, however, said the programmes should be planned in a more systematic manner and aired more frequently.

For example, the same subjects but for different levels, could be aired on the same day, she suggested.

Students who want to learn via the television must take notes when the programme is ongoing, she advised.

“Entertainment shows are definitely more interesting to a child so perhaps parents should spend some time to guide their children while they attend classes in front of the television to make sure that they are not distracted or watching something else.”

While there is still room for improvement, he said students can understand and absorb information from programmes easily as there are explanations.

“They can always refer to their textbooks later, ” he said, adding that the ministry should look into building better facilities and Internet access for rural Malaysia.

“Many there do not have a television – much less Internet access, electronic gadgets or a decoder.”

SMK Marudi Science and Biology teacher Ngan Siew Lin said the programmes act as revision classes for students, particularly those who live in the far-flung corners of Sabah and Sarawak.

“Students may even pick up something new which was not taught in class, ” said Ngan who hails from Sibu.

Believing that television is one of the best mediums to give students access to education from home, she however, is concerned for students who will be facing major exams.

“Though not everyone will have access to the programmes, television is one of the most basic items in most households.

“There will definitely be a lot of constraints and it is not easy to satisfy everybody, but at least something is being done for the majority and for those who want to learn, ” he said.

He, however, said programmes should be more organised and attractive to students.

“The programmes can’t cover the full content of the syllabus at this point.

“But, this is better than nothing at all. Students still need to be motivated enough to sit in front of the television to learn, ” she said.

The programmes should be further developed to prepare for future eventualities such as the haze or to cater to students who can’t attend school, she suggested.

This would ensure that the syllabus is fully covered should such eventualities reoccur.

Scheduling improvements, Noor Azimah said, are needed as the television is becoming an important learning tool.“Programmes need to be properly scheduled in order for students to plan their day.” 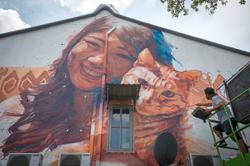 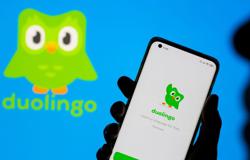