THE FOURTH Industrial Revolution (IR4.0) is causing tectonic shifts in the way we work.

IR 4.0, which involves advances in technologies like artificial intelligence (AI), augmented or virtual reality, big data and analytics, will permeate the working and everyday lives of people.

In January, Industry 4.0 Malaysia Association president VKK Rajasekaran said local universities and colleges are increasingly attuned to industry needs and are curating courses that teach Internet of Things (IoT) architecture, robotic engineering, data science and cloud computing architecture, but there is still a growing fear that the shift to IR 4.0 would cause a spike in unemployment.

There has been much talk about jobs going extinct as new ones emerge.

And, many career pathways will evolve, blending technological tools into their practices and resulting in a new set of problems that must be addressed.

These fears are not unwarranted as a 2017 study revealed that up to 800 million global workers will lose their jobs by 2030. The study by the McKinsey Global Institute on 800 occupations across 46 countries found that most jobs then would be replaced by AI and robotic automation.

It found, however, that jobs requiring human interaction and specialised lower-wage jobs would be least affected.

StarEdu speaks to experts in some popular, traditional career pathways, to find out how IR4.0 will affect these jobs. 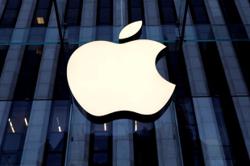