THE failure to teach students about the nation’s shared history, prosperity and spirituality, is a problem that must be addressed.

Unfortunately many teachers don’t even have a construct of this, said Prof Dr Mohd Tajuddin Mohd Rasdi, who was among the panellists for the crisis in education Malaysia forum.

Independence was won because of all the races, and every race has a role to play in the nation’s economic prosperity. It’s impossible for one race to succeed on its own, he said. 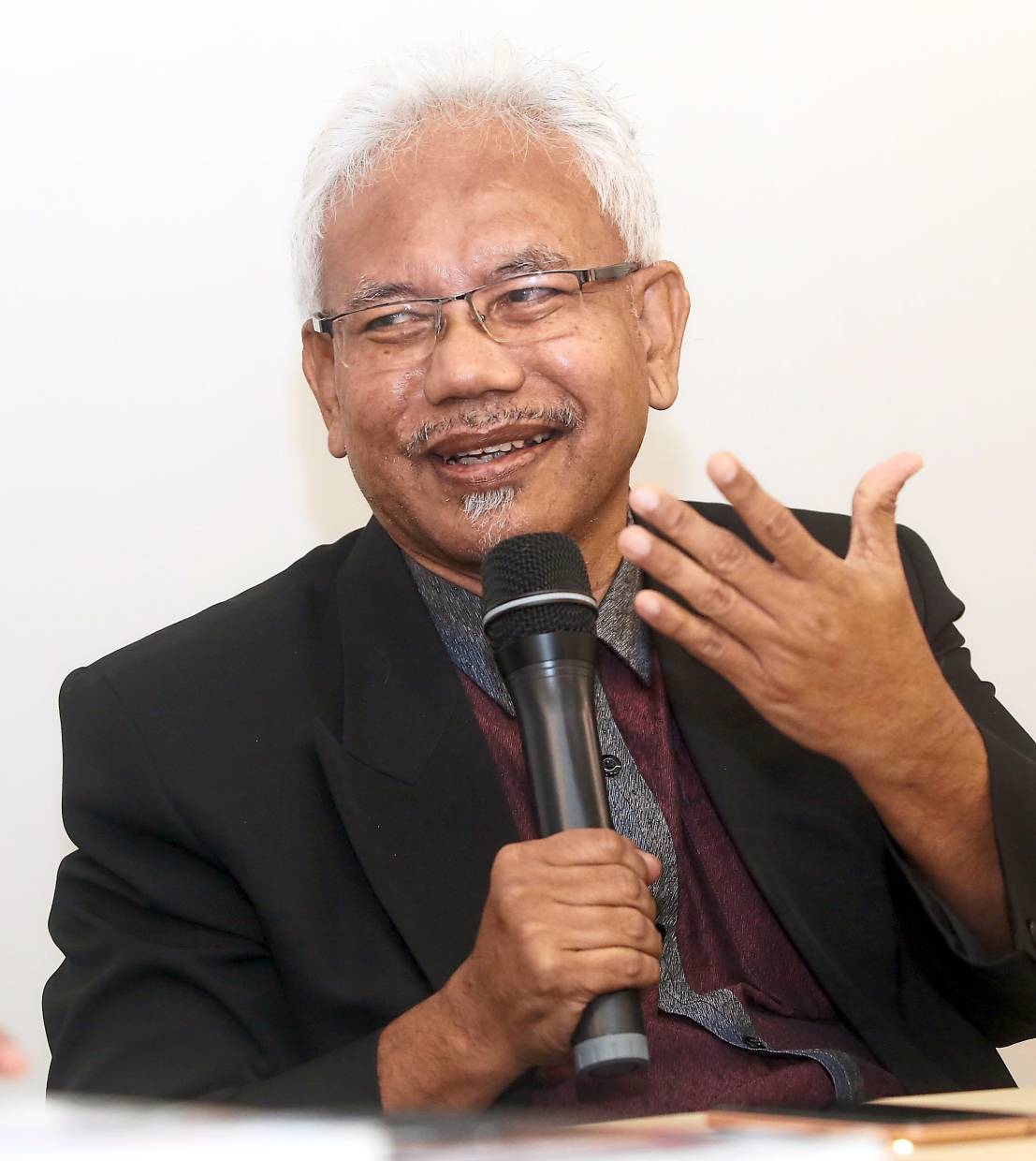 Mohd Tajuddin says the failure to teach students about the nation’s shared history, prosperity and spirituality, is a problem that must be addressed.

Such, he said, is the shared narrative we have to teach our students to move the country forward.

He said there are 39 ethnicities in the country yet we do not know about each other.

“Do you know the basic history of the Bajau, Murut, Kadazan and Dayak? I don’t.

“Why is it that we don’t share in the history of all our Malaysian brothers and sisters? Where is the integration?”

Our education system must create global citizens. Computers and STEM (science, technology, engineering and mathematics) are just tools to earn a living. What’s more vital is the make up of a person, he said.

“It’s devastating that our education system has produced a graduate who (last year) not only gave a Nazi salute at his convocation ceremony, but agreed with the killing of a group of people – including women and children – he has never even met.

“We have to redefine what is success and what is meaningful,” he said, during the forum organised by the Ipoh La Salle Centre and Lasallian Youth Network in Petaling Jaya on March 3.

The role of education for every student no matter what age, creed, or social status, is to prepare him or her for life lived well, said De Luke.

Education goes beyond subjects, and it must be inclusive, he said. Citing Moral Education as an example, he said students were expected to memorise and regurgitate during exams yet their behaviour did not reflect the values taught.

“Why is this subject even exam-orientated when it should be taught in a fun, activity-filled way?

“Our education system is facing a crisis because there is no more fun in learning and those who aren’t passionate about teaching are in the profession.

“And, they’re bogged down with paperwork,” he said. 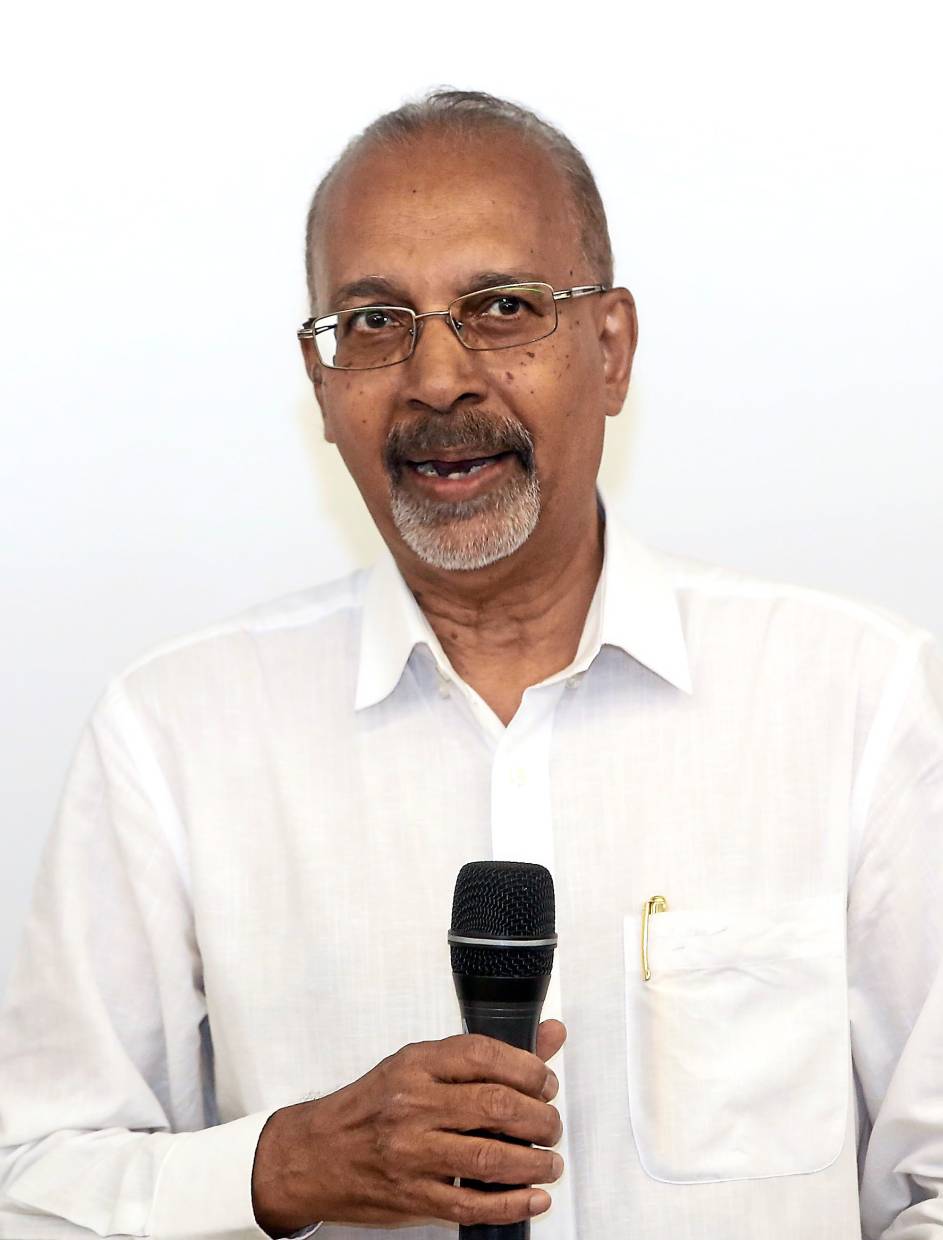 The role of education for every student no matter what age, creed, or social status, is to prepare him or her for life lived well, says De Luke.

Poor selection of principals and teachers is also worrying, he said. Some trainees even admit to wanting to teach because it’s a half-day job with holidays and a career with good marriage prospects.

“You need passion to be a teacher. You can’t just rely on Google and Powerpoint presentations. Teaching requires interaction. It’s not just about letting students copy from a slide.”

While there’s a lack of English teachers, he said, teachers should still be allowed to teach their majors instead of making them teach the language.

“If an oncologist is on leave, would you take a school leaver to replace him?

“Teaching is a vocation and a profession yet anyone can be a replacement teacher.”

Blueprints are pointless, he said, if we don’t have an educated person with the EQ and IQ to bring about a real paradigm shift in the system.

We don’t need a politician to be the Education Minister – we need the right person for the job, he said.

Lok, who was also the former secretary-general of the National Union of the Teaching Profession, said whoever is put in charge, must ensure quality education for every child.

The new minister, she said, must have permanent, long term policies.

“Don’t just come up with something new.

“Every five years we have a new minister and with it comes new policies. Teachers and students are made guinea pigs time and again. If this continues, we won’t achieve our targets.”

Teaching and Learning of Science and Maths in English (better known by its Malay abbreviation, PPSMI), she said, was an example of how the lack of planning impacts implementation. Some teachers were ill-equipped to teach certain subjects yet they were forced to do so.

Teacher-training is not like cooking instant noodles, she said. It needs money and time.

“Whenever they introduce something, they invite some 200 teachers and sit them down in a hall for a Powerpoint presentation and expect them to implement it in schools.

“Some teachers have served for 10 or 15 years yet they have not been sent for retraining.

“Maybe they get to go for a week-long course but there is no continuous professional development.”

She said the country’s 450,000-odd teachers may have been trained well in Institutes of Teacher Education (IPG) but over time, they will need refreshers especially after they’ve been serving in remote areas. Online training, she said, should be considered. Teacher-training is not like cooking instant noodles, says Lok, it needs money and time.

Poor infrastructure, corruption and the delay in funds are also issues that need urgent attention, she said, adding that all schools must be given the same budget allocation if we’re serious about inclusive, quality education.

The issue of undocumented children is a concern, said Joeman.

But there is a negative perception, she said, when the term stateless or undocumented is used.

“They’re dismissed as children from illegal immigrant families but in Sabah, especially in the far flung interiors, there are many Malaysian children without documents to go to school.”

Their parents are illiterate and because they live so far away from the city, it’s hard to register the child.

“Imagine having to hitch a ride from a fellow villager in a beat-up four-wheel drive to get to the river to take a sampan into town.

“Then you have to travel into the city by public transport only to be told that the person in charge is not around and you have to come back another day.”

The problem is made worse by the rigid education system. The issue of undocumented children is a concern, says Joeman.

“Ministry officials don’t care that the undergraduates behind these informal schools are passionate about teaching.

“Children are taught in community learning centres and by the villagers in their native tongue how to fish, collect medicinal herbs and plant padi.

“They don’t have the opportunity to go to school but at least they’re learning a skill.”