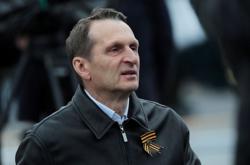 Hay (centre) together with the Malaysian Chevening scholars during the welcome back reception at his residence.

THE prestigious Chevening Scholarship has been the wind in the sails for a Malaysian navy commander, allowing him to set a course for Britain to pursue his Masters degree.

Commander Khairol Mansor made his way to the University of Chester to advance his career and prepare him for future projects with the Royal Malaysian Navy.

Now that he is back on Malaysian soil, he says his Master’s in engineering management has equipped him with the knowledge to carry out the Navy Transformation Programme called “15 to 5.”

“With this transformation plan, the navy can reduce logistic complexity and save on operational costs in maintaining the readiness.

“This complex transformation programme definitely needs an engineer who can spearhead and manage successfully,” he explains.

“Therefore, with my Engineering Management degree, I will be heavily involved in the programme and will use the knowledge and skills that I have learnt to develop the programme further and make it workable and achievable,” he explains.

Khairol was a professional engineer with a background in marine engineering and naval architecture.

“My role in the Royal Malaysian Navy before going to Britain is as the Head of Naval Architect and Marine Engineer Department’s Littoral Combat Ship (LCS) Project Team for the construction of six LCS in Malaysia.”

Part of his responsibilities were to study and evaluate design and to ensure it is following the navy’s operational requirements, specifications, standards and safety aspects.

He also says he never in his wildest dreams thought he would have the opportunity to study in Britain.

“I applied for the Chevening Scholarship because it offers a unique opportunity for future leaders, influencers and decision-makers from all over the world to develop professionally and academically, network and experience British culture,” he adds.

Khairol is also the first international student to receive the Kirsty Craig Associates Award from his university for his volunteer work.

The award, presented by the university, is given to a student who has demonstrated, through their voluntary work, outstanding skills and abilities of an enterprising nature.

He carried out a project, called Bricks Herbs Garden Project, to transform the unattended backyard of a local mosque into an aromatic and medicinal herbs garden.

The project started with two people but now has the support of the university’s students and the local community.

“As a Royal Malaysian Navy officer, I always loved to volunteer and I have been involved in many volunteer projects.”

Being part of the growing network of Chevening Scholarship alumni has opened more doors for these Malaysians.

Dr Serena Diane Santhana Dass says: “There are so many networking opportunities with people from many countries.”

The histopathologist based in Hospital Kuala Lumpur did her sub-specialty in molecular pathology at Imperial College London under the Chevening Scholarship.

“I wanted to apply for Chevening because it’s actually quite a different scholarship,” says Santhana Dass.

She also describes her time in Britain as “wonderful.” She went there with her husband and they took the opportunity to travel and explore Britain during their year there.

“Of course, I also finished my really incredible degree there,” she adds.

Santhana Dass spent four out of her 12 months in Britain working at Hammersmith Hospital for her thesis.

She says the majority of the other students in her class were younger and the British system is different from Malaysia.

“In the sense that you are not spoon fed as much and you are expected to speak up,” she adds.

Working with those almost a decade younger than her also gave her exposure to different viewpoints.

She also took an evening class in Western European Art.

The course ran for 20 weeks and was organised by the college.

Returning scholar Ennie Yong, said: “Studying in Britain through Chevening Scholarship has given me new and wider perspectives in supporting and advocating for individuals with autism.”

Yong, who obtained a Master’s in Autism from the University of Strathclyde, adds that she had opportunities to engage with the British National Autism Implementation Team, individuals with autism, advocacy organisations and city council as well as representatives from public spaces such as museums and cinemas.

“Thus, I hope to seek more avenues to collaborate with various parties in Malaysia so that we can create more sound policies and accepting communities in supporting and including the individuals with autism and their families.”

These Chevening scholars together with almost 40 others were part of the returning scholars at a welcome home reception at the British High Commissioner’s Residence held recently.

British High Commissioner to Malaysia Charles Hay told the returning batch that they are now equipped with the skills and knowledge, which will allow them to make a lasting, positive change in their chosen sectors and Malaysian community.

Hay assured Malaysian students that they are still welcomed, despite Brexit happening.

“My government has been saying very openly and candidly that we want to encourage more students to come to the UK.

As for the Chevening scholarship, Hay says it is a very powerful way to build networks globally and within countries itself.

To date, there are around 1,800 Chevening alumni, he adds.

“This year, we received more than 800 applications, which is fantastic,” he says, adding that the committee always has a tough time going through the numerous applications.

“We know that once again, we are going to have another stellar batch of Chevening students to send to Britain.”

At the reception, Hay also announced that Yayasan Khazanah has extended its partnership to sponsor five awards for an additional three years.

Yayasan Hasanah is under Khazanah Nasional and provides grants for initiatives and programmes to carry out social and community reforms for Malaysians.

“It is my hope that this partnership will continue to assist Yayasan Khazanah in its goal of nurturing talent and turning them into leaders for Malaysia,” she says.

The Chevening award is the British government’s global scholarship programme offered by the Foreign & Commonwealth Office.

Successful scholars pursue a wide range of Master’s programmes at top UK universities, with the aim of returning to make a significant contribution in a number of priority areas. 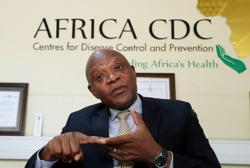 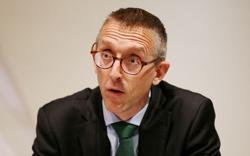 Radzi: Rotation system when schools reopen is to ease parents' fears of overcrowding
Covid-19: Too early to tell how many teenagers would refuse being vaccinated, says Education Ministry
Covid-19: Education Ministry to provide self-test kits for boarding schools nationwide
Options for teens to get jabs
Students happy, relieved to be vaccinated
DG targets 80% of kids jabbed by next March
‘Teen vaxxing needed to hit herd immunity’
Students at military camp schools to be jabbed too
New circular on teacher transfers out soon, says Radzi
Over 300 students at Putrajaya school among first teens to get vaccine jabs, says Radzi