Bringing an Australian education to your doorstep WHEN it comes to higher education, Australia is one of the foremost destinations that come to mind. Its reputation for academic excellence has firmly cemented it as a place for quality education that builds a strong foundation for a successful future.

Even better, students opting for an Australian education now needn’t go there to pursue tertiary studies. Leading Australian universities like Curtin University have foreign branch campuses or international campuses in various countries that offer identical world-class courses and degrees as their Australian parents at highly affordable fees in local currency. Other than location, they also enjoy an undifferentiated student experience and learning support systems. Curtin University Malaysia is one of those campuses, offering quality Australian education in a unique Malaysian setting at fees in ringgit – roughly a third of those in Australia. Over the years, Curtin’s university-wide student satisfaction surveys have continued to report extremely high levels of satisfaction from students at its Malaysian campus – its largest international campus and global hub in Asia, highlighting its consistency as a world-class education provider. 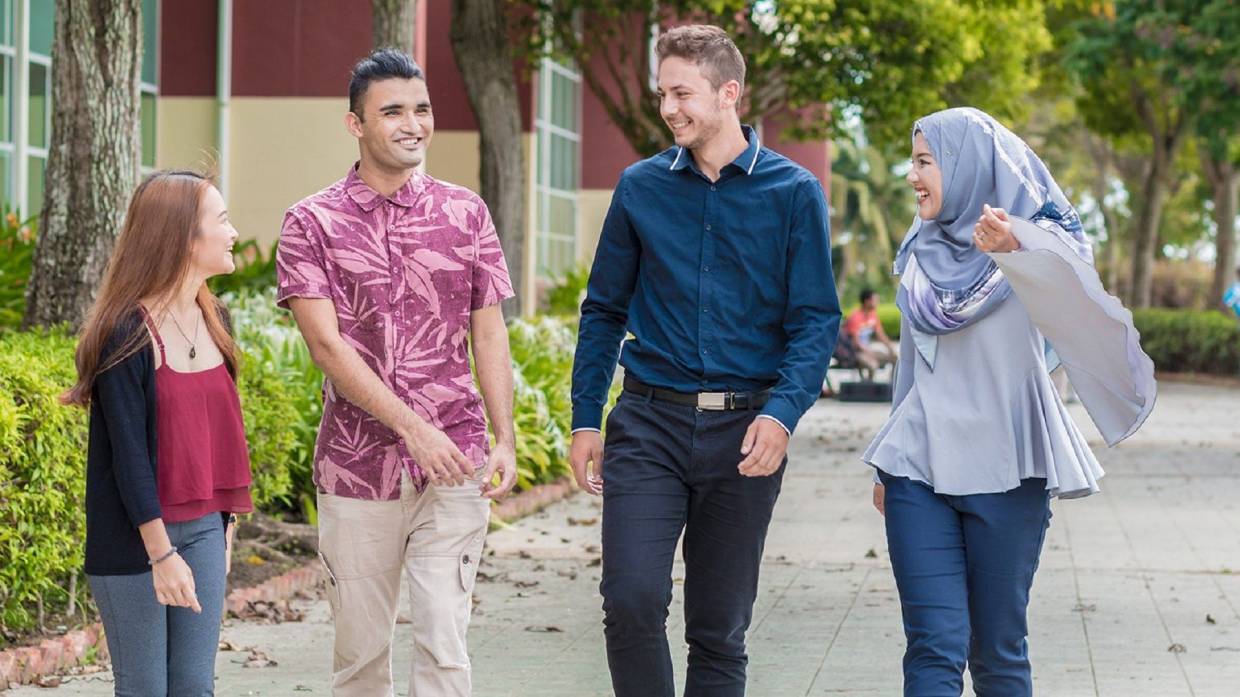 A majority of Curtin students reported that they are comfortable and happy with their experience.

A majority of the students reported that they are comfortable and happy with their experience living in Sarawak where Curtin Malaysia is located, as well as their academic endeavours. Many cited the reputation of its Australian qualifications, the quality of its education, personal safety, and the quality of teaching and research as their main motivations for choosing to study at Curtin Malaysia.

Sarawak is renowned for its stunning natural assets. Which self-respecting student could turn down the attraction of year-round sun, verdant rainforests and spectacular beaches and national parks? 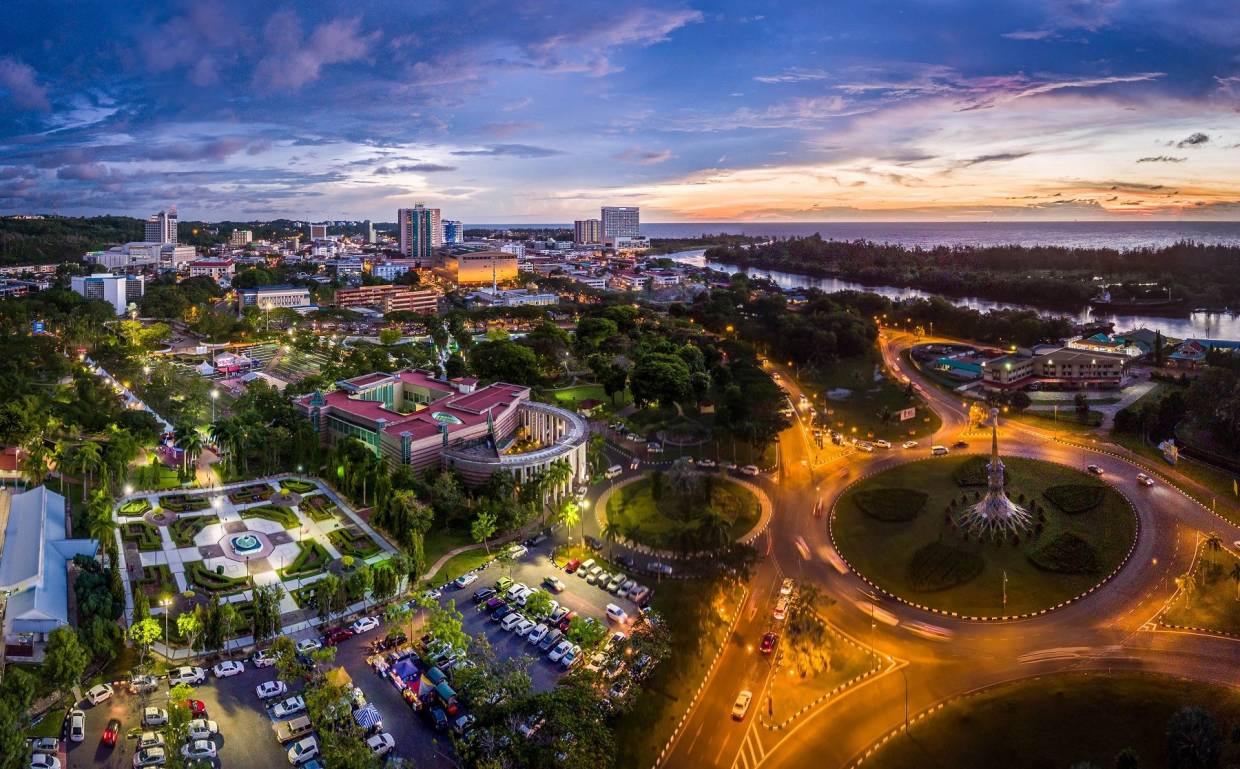 Miri is one of the country’s most liveable cities.

1. Miri is one of the country’s most liveable cities

The second-largest city in Sarawak, Miri is often regarded as Sarawak’s most cosmopolitan city with a population of more than 350,000 comprising almost the entire spectrum of the state’s over 20 ethnic groups, as well as a large expatriate community. It ranks highly with other regional cities in Malaysia in terms of stability, healthcare, culture and environment, education and infrastructure. Its relatively laid-back lifestyle makes it quite student friendly. Opportunity for adventure and outdoor recreation gives the city a real buzz, and there’s always something going on that doesn’t hurt your wallet. It also boasts affordable accommodation and boundless food choices.

2. You can live a quality lifestyle on a student budget

Given its unique location – literally sandwiched between the South China Sea and the lush interior of northern Sarawak – Miri offers a conducive environment for students looking to knuckle down and power through their studies, but it’s also ideal if you love chilling on the beach and partying without having to break the bank. Curtin Malaysia provides really decent on-campus housing, but there are also plenty of off-campus options that can be a real bargain. Eating out in Miri can be relatively cheap if you avoid the newer high-end spots, meaning even the most budget-conscious students can head out somewhere and snag some really good grub that’s great value for money.

Miri is a major tourism gateway and base to explore some of Sarawak’s most spectacular natural attractions including the famous Mulu Caves, a Unesco World Heritage Site. It is also a popular diving destination due to the abundance of spectacular patch reefs at the Miri-Sibuti Coral Reefs National Park. Leisure within the city includes a splendid waterfront, marina, shopping malls, 18-hole golf courses, at least four large public parks and also sports and recreation such as deep-sea fishing, sailing, hiking, bowling and archery. The city is home to two of Malaysia’s premier international music festivals: Borneo Jazz and the Miri Country Music Festival. Tusan Beach is a beautiful beach about an hour's drive time from the city, it is famous for its "horse drinking sea water" cliff and "blue tears" phenomenon.

4. Miri is one of the safest and friendliest cities in Malaysia

Besides offering a high quality of life and relatively safe streets, Miri has a welcoming population that values diversity and multiculturalism. With its extremely diverse population and history of accommodating large numbers of expatriates in its over 100-year existence and now hundreds of international students at Curtin Malaysia, the city’s inhabitants readily welcome new residents and visitors and English is widely spoken. These reasons are among many that make Miri one of the best-loved cities in the country.

5. Students are supported every step of the way

With its world-class education, strong multicultural community and extremely chilled out lifestyle, it shouldn’t come as a surprise that many domestic and overseas students are choosing to study at Curtin Malaysia. Besides having a vast campus spanning some 1,200 acres, Curtin Malaysia has one of the best possible systems for student support in place. Indeed, with so much to see, do and experience in Miri, student life can be most exhilarating, but to ensure it’s not daunting for new students, the campus offers a range of services and support programmes to make their time at university enjoyable, inclusive and productive.

6. And let’s not forget, Curtin provides students with an outstanding education

It isn’t all about bargains, beaches and fun; the academics are pretty crucial too, right? After all, if you’re willing to fork out for an international education, you may as well make sure it’s coming from the best.

Rest assured that’s exactly what you’ll get at Curtin Malaysia. Curtin’s innovative courses rank among the best in the world in the global subject rankings and the university on the whole (it has campuses in Australia, Malaysia, Dubai, Mauritius and Singapore) ranks in the top 1% of universities worldwide in the Academic Ranking of World Universities, 230th in the world in the QS World University Ranking and an estimated 258th position in the Times Higher Education World University Rankings. Those rankings alone say it all.

More information on Curtin Malaysia can be found on its website at www.curtin.edu.my or call 085-630 000.

Welcome back
There’s more to do
Green energy to power local varsities
Up to parents whether to send kids to kindy
Shattering stereotypes in STEM
Six-decade-old Sikh camp now online
Ready, reset, go
Return to normalcy
Ringing in the new year with gifts and cheer
Student defies odds to excel