Back to English for Science and Maths

Dr Mahathir says it is very important that we give time for English particularly in the learning of Science and Maths.

ENGLISH will again be used to teach Science and Maths.

Prime Minister Tun Dr Mahathir Mohamad, who is also the acting Education Minister, said the use of English and its mastery in our education system must be promoted.

“It is very important that we give time for English particularly in the learning of Science and Maths.

“Geography and History can come in any language but Maths and Science are not indigenous fields of knowledge (to us). It comes from abroad.

“And most of it comes to us in English therefore we are going to use English in the teaching of Science and Maths, ” he said, adding that those who studied Science in Bahasa Melayu later found it difficult to work where English was required.

He was speaking during a special meeting with Education Ministry management officials on Thursday. A video of his address was later uploaded on social media.

In 2003, under Dr Mahathir’s first tenure as prime minister, the Teaching and Learning of Science and Maths in English policy (or better known by its Malay acronym, PPSMI), was introduced in phases, beginning with Year One, Form One and Lower Six students.

The reversal of the PPSMI policy was made in 2009 “based on what’s best for the people and country as the ministry has enough data on its implementation, outcome and assessment”, the ministry said.

In 2011, it was announced that students who have started learning Science and Maths in English would continue to do so until they completed their studies in Form Five.

The PPSMI was completely abolished in 2013, only to be replaced by the Dual Language Programme (DLP), which was announced during Budget 2016.

The DLP allows selected schools to teach Mathematics and Science in English.

Dr Mahathir said the country and rakyat want to see reforms in the education system.

“I have ideas for the role of education in the country and towards this end, certain weaknesses have to be attended to.

“I wish to put my views on record so that we can work together to achieve it.

“Of course my views are not always popular or acceptable to many people but I feel we have to push certain things so that our children grow up and are able to tackle the problems of adult life - that is the purpose of education.”

He said being a multi-racial country posed some problems for us but it can also contribute to the nation’s development.

Much of Malaysia’s development is based on the good working relationship between the races, he said.

She said for Malaysians to have better quality of life and to be a model nation, we need scientists and engineers to move the economy forward.

The National Union of the Teaching Profession (NUTP) and Melaka Action Group for Parents in Education (Magpie) also welcomed the move.

However, parents and teachers are weary of another policy flip-flop. They want Dr Mahathir to ensure that all resources are in place so that the implementation of the language policy will be successful this time around.

The availability of teaching and learning materials, and teachers who are proficient in English, are crucial.

NUTP secretary-general Harry Tan said the ministry would have to “tread carefully” to ensure that the policy was truly for the betterment of society.

The PPSMI, he said, had been problematic for over a decade of its implementation.

From teachers who were neither proficient nor motivated to teach, to the difficulty in sourcing for textbooks, PPSMI was plagued with problems.

“Incentives were given to teachers but this gave rise to many who only wanted to teach for the sake of the incentives.

“A ‘soft landing’ approach was then introduced before PPSMI was finally abolished, ” he said, adding that the DLP, which replaced PPSMI, is a good policy as it gives parents an option whether to let their children learn Maths and Science in English or Bahasa Melayu.

“Unfortunately, like PPSMI, the DLP is also fraught with many similar problems.

“There are still not enough teachers who are proficient enough to teach these subjects in English. And, there aren’t enough DLP classes to cater to those who want to learn in English.”

He said these problems were made worse by the fact that those in charge are either powerless to address the issues, or they are just not interested in seeing the programme succeed as they themselves are not proficient in English.

“Hopefully the Prime Minister can look into this.”

Magpie chairman Mak Chee Kin said although the move may not be politically popular, it is for the best of our children.

He said the first step now should be to encourage more schools to adopt the DLP.

MIC Education Bureau Chairman and Central Working Committee member Datuk P Kamalanathan said a comprehensive study on why the policy was reversed must be carried out and can only be implemented when all shortcomings are overcome.

“Engagement with the stakeholders is vital to ensure they see the policy relevance and embrace the change as this would be key in making it a success, ” said the former deputy education minister. 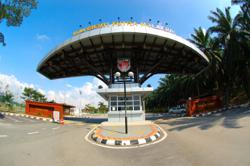 Preparing students for the digital economy
Universities have plans in place for semester delay
Education Minister: Home-based teaching, learning not restricted to online platforms
Nexus focuses on student wellbeing amidst online learning
Pandemic weighing on their minds
Teachers, students and parents facing PdPR challenges
Connectivity and cost of devices remain a concern
It’s time to rally behind our students
Educationists want organisations to help ensure that students’ learning is not disrupted
Students are staying strong...