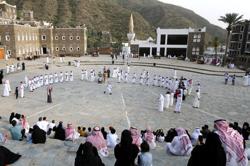 STUDIOUS was certainly not a term used to describe Tharik Jakir Hussain before he enrolled into Universiti Tenaga Nasional (Uniten).

Originally from Tamil Naidu, India, the 23-year-old graduate who moved to Saudi Arabia with family at a young age, did not do well in his studies, resulting in multiple rejections from higher learning institutions around the globe after he completed A-Levels.

Fortunately, he received an offer letter from Uniten in 2016.

“Getting rejected was a wake-up call for me. I knew I had to get my act together.

“I bucked up and scored a four flat in my first semester, while staying active in extra curricular activities. I couldn’t believe it!

“Now, I’ve graduated with a CGPA of 3.89, and have started my Master’s in Information Technology (Information Systems) in Uniten while simultaneously running a company based in Cyberjaya which provides software solutions and IT training using information I’ve gained from university, ” said the recipient of the Best International Student Award at Uniten’s 22nd convocation last weekend.

Tharik noted that the varsity’s reputation in Saudi Arabia was highly regarded.

“I got to mingle with international students and locals in an environment that is conducive and multicultural, ” he said.

The convocation was especially memorable for Mechanical Engineering graduate Nik Akmal Nik Mohd Roseli, 23, who enrolled in the institution because of his grandfather - Uniten chancellor Tun Abdul Rahman Abbas.

“My grandfather always urged me to do my best.

“I was not given special treatment and completed my work like other students.

“Only my close friends knew who I was related to, ” said Nik Akmal, who has received an offer to be a cadet pilot with Singapore Airlines.

“I used to be a lone wolf but I learned how to socialise and conduct programmes that have enabled me to pick up various skills, ” said the Accounting graduate who scored a CGPA of 4.0.

He is also the recipient of the Uniten Gold Chancellor Award for his outstanding academic and co-curricular activities, walking away with a RM5, 000 reward.

“Maintain a good relationship with lecturers as they help us transform information we obtained into knowledge that we can understand.

“We must also cherish our friends who become part of our network, ” he said.

“It is important for me to get moral support from friends, family and lecturers because it builds a positive aura which contributes to self-development, ” said the vice-chancellor’s award recipient who was rewarded with RM1, 000.

Soo said encouragement from her school teacher and sister - who graduated in Software Engineering from Uniten last year - led her to choose Uniten. She is currently a research assistant with the university.

Congratulating the graduates during his address, Abdul Rahman who is Yang di-Pertua Negri of Penang, advised them not to rest on their laurels.

“Continue to shine in whichever field you choose to be in as you are Uniten’s ambassadors.

“Never forget the sacrifices your parents have made for you, ” he said.

Noting that Uniten has come a long way since it was set up in 1997, Abdul Rahman shared the many milestones the institution has achieved.

“Uniten has recorded a consistent rate of graduate employability ranging between 95% and 97%, and has so far produced 33, 191 graduates.

“And 234th in Asia and eighth in Malaysia in the Times Higher Education World University Rankings. In the same rankings, Uniten is among the top three private universities in Malaysia, ” he elaborated.

He added that Uniten hosted the Graduate Industry Excellence Awards 2019 to honour its graduates’ outstanding achievements.

About 3, 000 guests including family members and VIPs attended the ceremony.