Forum on current issues kicks off

ALBERT Einstein once said: “Education is not the learning of facts, but the training of the mind to think”.

But what makes a good education system?

For moderation advocate Tawfik Tun Ismail, a good education system is one that is “secular”.

“A more secular education system (from what we have now) is needed, to put in place the thinking among the young that the world is a much wider place than what they are told by their parents or taught in schools.

“Youngsters also need to learn how to absorb new ideas, as well as interact with a variety of people from different races and religions,” said the former Umno MP during HELP University’s first Conversation on National Issues held on Monday.

Its theme was “Building a New Malaysia: Agendas and Aspirations” and featured a panel of prominent political and economic specialists from various industries.

It provided a platform to about 200 invited guests from the government, embassies and high commissions, non-governmental organisations, members of the public and students to share ideas about three critical issues.

These are what the Malaysian nation means to us; how we build an enterprising economy that has an equitable sharing of prosperity; and how we define our foreign diplomacy and security in the global and Asian context.

Dr Welsh shared her views on Malaysian politics and political scenarios ahead, elaborating on leadership and legacy,

She noted there is a power struggle between Prime Minister Tun Dr Mahathir Mohamad and Datuk Seri Anwar Ibrahim and added that Dr Mahathir has put too much focus on his legacy.

“His focus on the legacy has always been largely on the past as opposed to the future. One of his weakest points during his tenure was not grooming young people. GE14 was a result predominantly of young people embracing a different future.

“Now it is not to look at Dr Mahathir or to Anwar as the leadership of the future, but look to the second generation and the lessons they are going to have in government,” she noted.

It is vital, she added, for Malaysia to groom younger leaders with skills.

Dr Welsh also elaborated on reform and resistance, adding that for Malaysia to move forward, individuals in power from the previous administration need to be changed.

Tay touched on economy outlook, government priorities, and key challenges the Malaysian economy will face, while Redzuan gave a run down on the key points of foreign policy framework in the new Malaysia - which include direction of the policies, empowering the Foreign Affairs Ministry, enhancing inter-agency collaboration and increasing public participation.

Describing the current foreign policy framework as “a work in progress”, Redzuan noted that the Foreign Minister Datuk Saifuddin Abdullah intends to engage academicians on the formulation and discussions on foreign policies and its issues.

“The world has changed. It is now an emerging complex, multi polar world with multi hub and multi partnership structures in international relations. There is a clear power shift from the West to the East, and Southeast Asia will be the focal point of the rivalry between the United States and China,” he said.

Malaysia, said Redzuan, should have a more balanced position.

“Malaysia needs to keep on building and strengthening a cobweb of bilateral and regional relationships, and work with like minded countries such as Turkey, Indonesia, Morocco and more,” he said.

An interactive discussion was held after the Conversation on National Issues. This featured Prof Zakaria, Tawfik as well as Mohd Sheriff.

Prof Zakaria spoke more on foreign policies and pointed out that there is a great need to reassess Malaysia’s representation abroad and upgrade the English proficiency of diplomats.

“They do not dare to go out to meet people when they are abroad and often opt out of events when they hear that alcohol will be served,” he said.

Besides elaborating on some points the panelists made, Mohd Sheriff also noted that the new government needs to pay more attention to education and human resource development.

“If we build a strong highly-skilled workforce, we can do a lot in the high-technology industry.

“We do have many opportunities in Malaysia and we should capitalise on the potential to enter frontier industries, which will provide high paying jobs to youths in the future,” said Mohd Sheriff.

He noted that something must also be done to raise productivity levels of the labour force in the country.The audience also asked questions.

“Institutions like HELP University can play a meaningful role and contribute constructive ideas to help the government.

“This type of sharing between experts is a powerful education forum for the university’s students as they are part of the voting population. The government is considering lowering the voting age so students should be wise voters, be knowledgeable and can think critically to evaluate the capability of leaders and government policies,” he added. 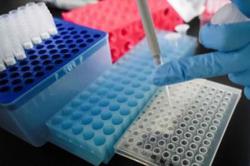 Asian universities call for solidarity in fight against Covid-19