Bonds that last a lifetime

The Taylor’s alumni dinner kicked off the 50th anniversary celebrations with great fanfare.

FOR Datuk Loy Teik Ngan, being a part of the Taylor’s journey has also been an inspiring process of self-discovery.

“One of the things I’ve noticed is how inclusive the community at Taylor’s is. With students and staff from more than 60 countries and the different communities that make up the Malaysian identity with their multi-cultural, multi-ethnic and multi-religious backgrounds, they bring not only much valued variety but also strength in their diversity. I learned the importance of inclusiveness as a prerequisite for divergent and tolerant thinking, which is necessary for innovation and community,” said the group chief executive officer of Taylor’s Education Group.

Loy touched on the journey that the private education provider has been part of during a special event to kick off the 50th anniversary celebrations of Taylor’s College recently.

“The welcoming spirit of all Taylorians has allowed more than 100,000 individuals from across the globe feel at home at Taylor’s, be it at our SS15 campus in Subang Jaya that many remember fondly, to our award winning Lakeside Campus,” he shared with the more than 300 attendees of the alumni soiree.

During the event, the Taylor’s 50th Anniversary What’s Your Word campaign was launched, to the delight of all the alumni present, sparking conversation on time spent studying at Taylor’s, be it at Taylor’s International School, Taylor’s College or Taylor’s University.

For Datuk Mahmud Abbas who is currently the chief executive officer of Central Spectrum, his time studying at Taylor’s College in Jalan Pantai was full of memorable moments.

“My word is bells because the ringing of the bells was one of the best things that could happen to us as it allowed us to meet up with friends and chit-chat along the corridor. The only thing that could stop us was the presence of Mr Ted Miles the headmaster, as he would sternly admonish us for wasting time,” said the class of 1976 alumnus.

After about 25 years in Jalan Pantai, Taylor’s moved to its second campus in PJ New Town in 1985. Within four years of being at this location, the Subang Jaya campus was launched.

Loy shared that the introduction of these new programmes provided students with a wider range of study options.

“As a provider of quality higher education, we saw the need among Malaysians for these fields and realised that we could assist with meeting the need. We worked with external providers to develop these bachelor programmes that allowed students the opportunity to obtain foreign degrees locally at Taylor’s College,” said Loy.

For Ramesh Jairam and Hanafi Shahabuddin, who hail from the inaugural Cambridge A Levels cohort, studying at Taylor’s College allowed them to develop life-long friendships while being in a programme that was recognised for the quality of its subjects.

Ramesh, who is the regional director and head of sales and client relationships at Silverlake Axis, shared that he signed up for the Cambridge A Levels programme at Taylor’s College as the programme had already been established as highly recognised qualification for pre-university education.

“It was a great experience for a number of reasons. As there were four classes, the number of students was just the right number and it allowed for greater participation from all of us. We were also fortunate to have great teachers who encouraged us to think outside the box and apply what we were taught beyond the classroom.

“That bond that was developed in those classrooms in SS15 has stood the test of time and are dear to me,” said Ramesh.

Hanafi agreed, saying that the relationships forged during his time at Taylor’s College were a direct result of the culture spearheaded by the academics and he is still in touch with friends and teachers from over 20 years ago.

“Studying for pre-university is a unique experience as you won’t spend as much time with any group of people in your life as you will during this period. For me, the two years that I studied in the A Levels programme was filled with hilarity and memorable moments thanks to my classmates. We were so close that we even went on holidays with each other.

“I strongly feel that it is during this time that you will get to know people really well. Despite the challenges that came along with the experience, it was a very good experience for me,” said Hanafi, who is managing director of DI Creative Sdn Bhd.

This allowed the SS15 campus to house only its pre-university programmes, which is where Dr Renard Siew, a World Economic Forum expert network member, studied.

The South Australian Matriculation alumnus from the 2004 cohort said he found his voice while studying at Taylor’s College.

“A lot of my formative years took place at Taylor’s. It was here that I met Mrs Kalpana Das, my biology teacher who was quite the ‘motherly’ figure. She was extremely supportive and had a really contagious laughter.

“Funnily enough, I remember having a chat with her one day after our lab sessions. In one of our conversations, I told her I was quite worried that I may not end up conforming to society’s expectations of what success looks like.

“She turned around and told me to be myself, that I am my own unique individual and if society doesn’t accept that as a success, that I will need to show it to them.

“Those were powerful words that I hold on to even until now. A career in sustainability didn’t really exist back in the days. As of today, I have the opportunity to contribute towards the sustainability agenda both nationally and internationally in a myriad of roles – as the Curator of Global Shapers Kuala Lumpur, an organisation affiliated with the World Economic Forum; as a Stakeholder Council for Global Infrastructure Basel; and the Sustainability Accounting Standards Board based in the US,” said Siew.

These are just some of the poignant stories associated with Taylor’s.

For Loy, accounts like these are a result of the hard work put in by the academics and all staff at Taylor’s. “We must recognise that their effort for good quality education has set the foundation which continues to drive the agenda for quality education that Taylor’s is well known for.

“Taylor’s College has an excellent track record of placing over 1,000 students in the world’s Top 200 universities every year. Taylor’s University, meanwhile, is ranked No.4 in the world in the graduate employment rate indicator in the QS Graduate Employability Rankings 2019 and ranked at No.135 in Asia in the QS Asia University Rankings 2019, and listed in the top 15 of universities in Asia,” said Loy. 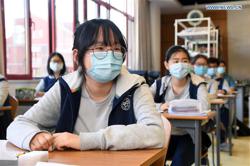 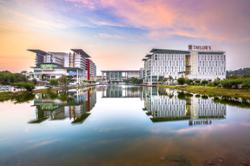