Even more success for Sunway University

The modern campus boasts five-star facilities and is recognized as the #MostHappeningCampus in Malaysia.

2018 has been a remarkable year for Sunway University filled with significant achievements and the ongoing forging of global allegiances which help maintain the institution's reputation as “A Class Above” when it comes to tertiary education in Malaysia.

The recently published international QS Asia Rankings 2019 saw the university rise to 232nd placing – a progressive jump of 33 places – and it was only the start of things to come as the university also achieved an overall five-star rating in the QS Stars University Ratings (2018-2021).

The accolade now makes Sunway University the only five-star non-government linked private university in Malaysia. The achievement is even more remarkable considering that Sunway is a leading not-for-profit private university committed to the pursuit of educational excellence through scholarship, research and enterprise.

Complementing only the finest local academics and professors from across the globe has enabled the university to maintain quality in its teaching. Meanwhile, its five-star rating for employability is a testament that the active student involvement at the university positively impact and develop their passion and transfer their experience into a rewarding career.

The modern 880,000 sq ft campus – which boast a FIFA accredited football field, a library with a Harvard Collection and world-class auditoriums – is once again, recognised as the best in its class with a five-star rating.

It also welcomes the addition of Sunway iLabs Makerspace this year, a venue created to help and assist young geniuses and budding entrepreneurs. 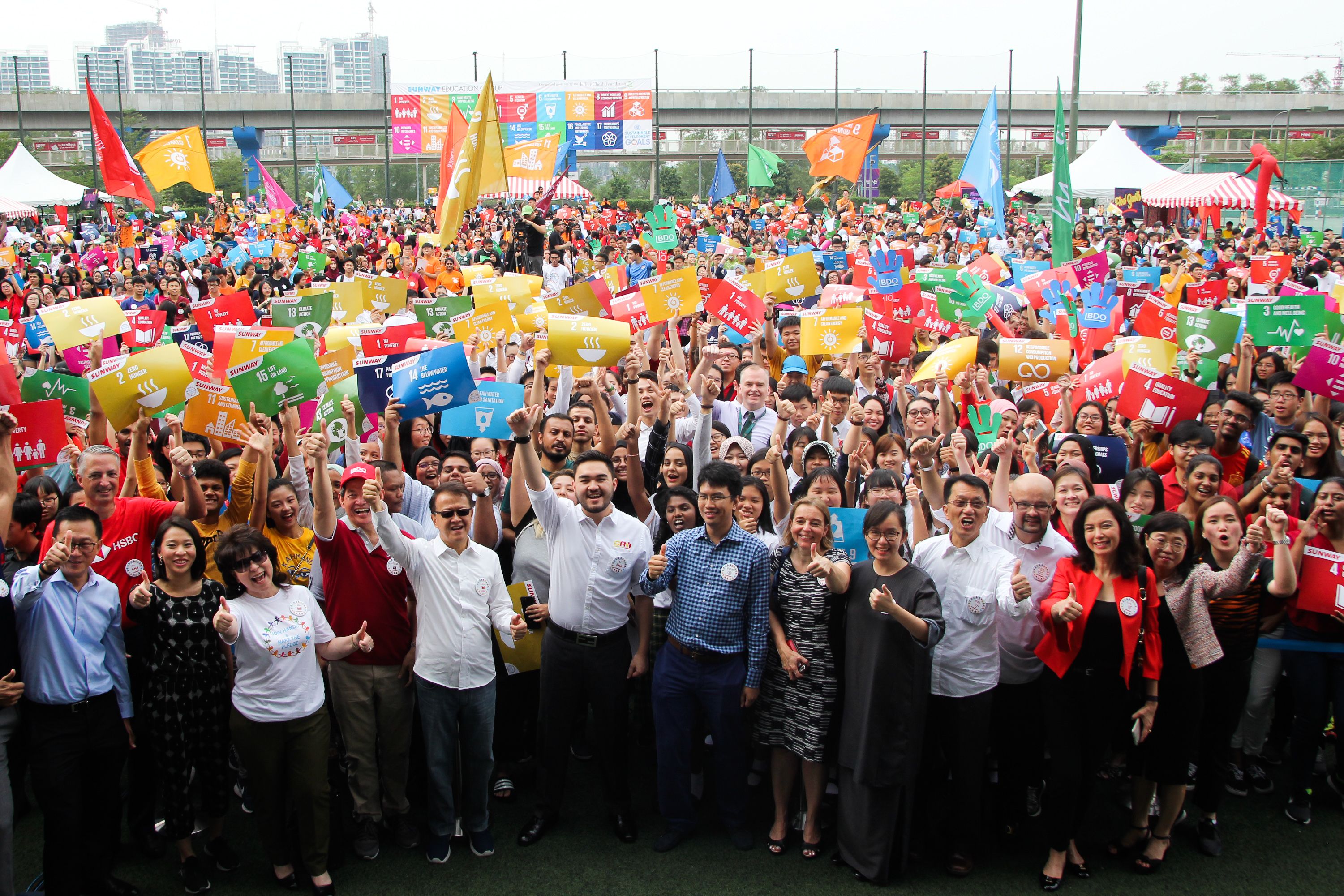 A total of 8,165 people joined hands to celebrate the third anniversary of UN Sustainable Development Goals in Sunway City.

In addition, to celebrate the third anniversary of the UN SDGs being launched, Sunway University organised Join Hands and Make the Pledge, a community event that saw 8,165 people including leading corporate figures, ambassadors, ministers and celebrities come together to support the SDGs in Asia.

The number of participants denoted the exact distance in nautical miles between Sunway University and the UN building in New York.

These endeavours were also reflected in the recent QS ratings when the university was, once again, awarded the top marks of QS five-star for social responsibility.

The Jeffrey Cheah Foundation’s scholarships and bursaries demonstrate the university’s commitment to extend access to higher education and inclusivity for those from low-income and challenging backgrounds. This noble move has earned Sunway University the QS 5 Stars for inclusiveness.

The university also enjoys Tier 5 “Excellent” rating in the National SETARA quality assessment – a rating that has been consistently maintained since 2009.

All these accolades bear testament to Sunway’s resolve in ensuring high-quality teaching, research and service excellence by offering a collaborative learning environment for both academics and students alike, justifying its position among the top 2% of universities in Asia.

Over recent times, the institution's ability to forge successful relationships with the worlds global brands in education has seen collaborations with Harvard University, Oxford University and Cambridge University.

This impressive line-up of affiliations has seen the new addition of the University of California, Berkeley, which will host a Start-up Semester at Berkeley in partnership with Sutardja Center for Entrepreneurship and Technology (SCET). 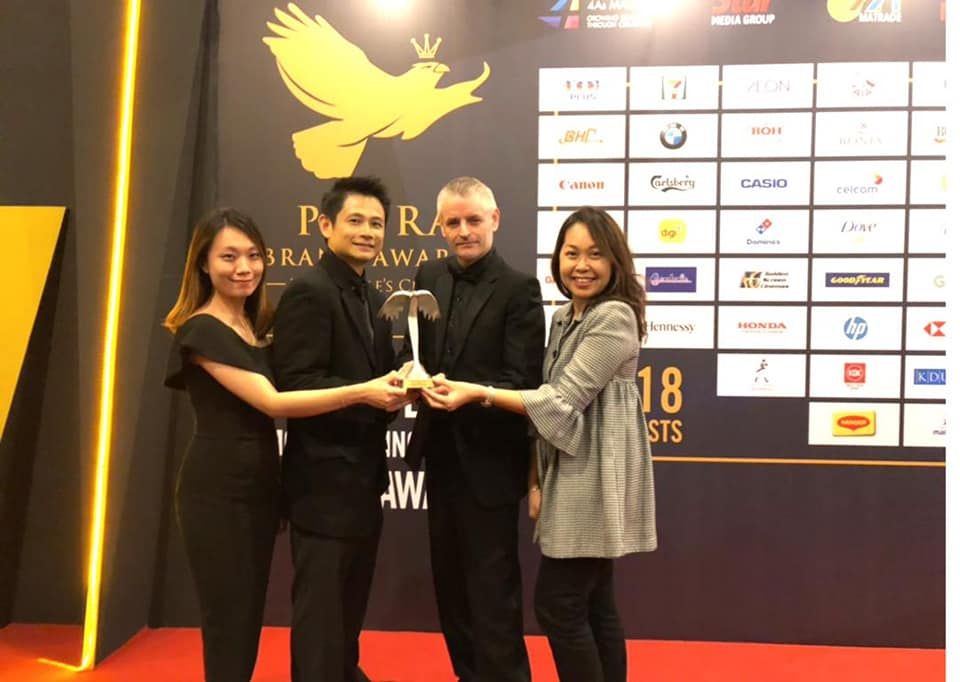 The university’s foundations and success have been built through the ongoing support and positive relationship with both students and parents alike. This positive trilogy of communication was also recently recognised at the 2018 Putra Brand Awards.

Putra Brands utilize a robust consumer research methodology developed by an AC Nielsen, 7000 consumers determined Malaysia’s favourite brands within multiple categories, with each category being awarded a Gold, Silver and/or Bronze for the most preferred brands. Hence, the judges of the Putra Brand Awards are the Malaysian consumers themselves.

Receiving the Gold for Education in the Putra Brand Awards is clear proof of the parents’ trust in the integrity and reputation of Sunway University.

And it is not just the parents who have supported Sunway University, the thriving and engaged student community have also propelled the university onto social media with great effect. Campus life is never dull and with numerous activities and international events being held on campus, it is of little wonder Sunway now also enjoys a reputation as the #MostHappeningCampus in Malaysia.

Continuing the effort to fly the flag for Malaysian education overseas, Sunway University became the first education institution in Malaysia to sponsor a football team in the English FA Cup. The university sponsored the team’s jersey when they competed against Tottenham Hotspur at Wembley stadium and attracted a global audience of 150 million worldwide.

The most happening campus will also play host to the ASEAN Emerging Researchers Conference on Dec 3 and 4. Jointly organised by CUMAS, Sunway University, Wolfson College (Cambridge) and Young Scientists Network Malaysia. The highlight of which will be a Gala Dinner where Cambridgians are encouraged to wear their academic gowns.

Sunway University truly lived up to its status as “A Class Above” in 2018 and is determined to offer even greater opportunities for both students and parents next year.

To learn more about their programmes and upcoming intakes at Sunway University, visit the Open Day on Dec 15 and 16 from 10am to 4pm.

Or for more details, visit www.university.sunway.edu.my. 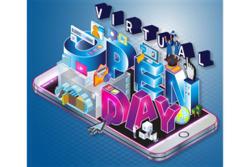