The development of the profession 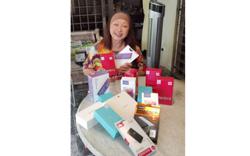 PROFESSIONAL social work was introduced to Malaysia in the 1930s, according to the Malaysian Association of Social Workers (MASW). But it was mainly focused on problems of migrant labourers from India and China, MASW says on its website.

The issues have expanded to cover substance abuse, mental illness, poverty and more, but there is still a lack of professional growth and development in various fields of social work.

A 2004 MASW report states that between the 1940s and 1980s, the Department of Social Welfare (JKM) and government hospitals recruited social workers who had trained in the United Kingdom, Singapore, Australia and Universiti Sains Malaysia (USM) in Penang to work at its facilities.

In the mid-1980s, changes in government economic policies led to a review of intake criteria for positions which saw non-social work graduates accepted into the department as well as government and semi-government hospitals.

“This decision was detrimental to the development of the profession as well as the quality of social services towards clients. Ad-hoc in-service training and supervisory programmes were rushed into place to cope with recruits who had no inkling of the roles and responsibilities they were employed for, or expected to do, in their quest for jobs,” the report states.

MASW secretary Elsie Lee believes that over the years, Malaysia has witnessed a “de-professionalisation” of social work. Anyone with a degree could come in. People with degrees in geography and history were taken in even though they might not know what to do, she says.

One may think that compassion and kindness are enough if a person aspires to do social work, but unfortunately, that is not enough. Lee believes social workers need theoretical and procedural knowledge, and an understanding of the field.

Personal experience and practice, such as that picked up working at a children’s home, for example, is not enough because people can learn the wrong things sometimes, she says.

It is like sending a lay person to a family that reports domestic violence. How would you handle an aggressive spouse? Those who are not trained may be afraid because they do not have the knowledge and experience to deal with a threatening situation.

But it looks like things are taking a turn for the better.

In 2010, a National Competency Standards for Social Work Practice was approved by the government. In 2011, the Social Workers Bill was drafted to register “Social Worker” as a professional title for those who have the required academic qualifications, such as a diploma, Bachelor’s or Master’s degree or PhD in social work. The Bill has yet to be passed in Parliament.

And to professionalise the industry, MASW, Unicef and JKM have been pushing to establish practice competency through training programmes and courses to equip social workers with the required knowledge and tools.

This year, MASW, Foundation for Community Studies and Development (YKPM) and Alliance of Christian Social Workers teamed up with Methodist College Kuala Lumpur to offer a Diploma in Social Work, which will begin in April.

The competency-based programme, the first of its kind in Malaysia, was designed in reference to the 2010 list of 10 professional standards of practice. Approved by the Higher Education Ministry, it aims to help expand professionally trained human resource in social work practice.

The course will cover topics such as human behaviour and social environment, social work methods, interpersonal and counselling skills, and field placements.

YKPM and MASW are working on raising funds to support those who can’t afford the full fees.

Skills learnt from social work courses will give you a better understanding of human behaviour so it helps you deal with people, says Lee. They can also be used in other fields such as human resource management, marketing and employee assistance programmes.

Hwa Hui-En, a social worker at Malaysian Care, a Christian non-profit organisation that helps empower poor and needy communities irrespective of religion and ethnicity, feels that regulating the practice would increase the accountability and recognition of social work as a career.

“A lot of people want to help but sometimes, they can do more harm than good if they don’t have the proper knowledge,” she says.

Datuk Dr Denison Jayasooria, a trustee of YKPM, adds that social workers need a set of basic core courses, competencies and values that are consistent with set standards.

“Plus, when the government sets high standards, the quality of care will improve,” he says. 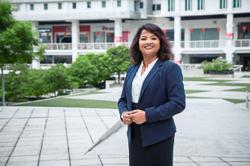 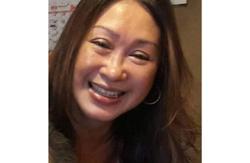