THANKS to his artistic talent and creative artwork, one lucky 16-year-old recently earned scholarships worth over RM80,000.

Currently studying at the Chempaka Assembly of God Homeschooling Centre in Selangor, Yong Khin said he hoped to pursue a course in digital animation at TOA.

In its 17th year in Malaysia, the annual art competition offers secondary school students the chance to develop their skills in art and design through scholarships for courses in these fields.

The competition has also been extended to Indonesia and China. 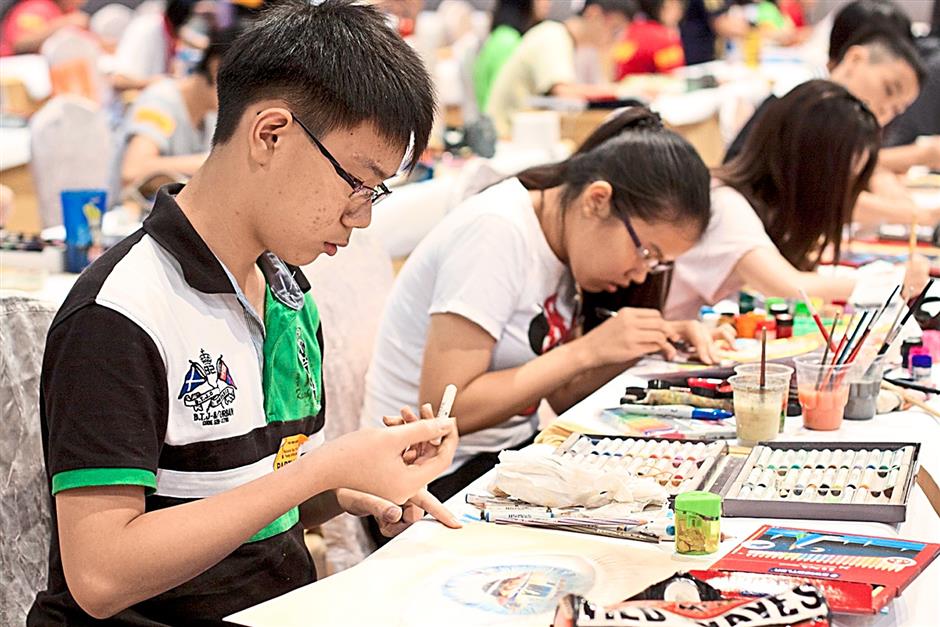 The annual competition offers secondary school students the chance to develop their skills in art and design.

The theme of this year’s challenge centred around the animated feature film Planes: Fire and Rescue, and was sponsored by Walt Disney Studios Motion Pictures, Malaysia, Canon Malaysia, Gempak Starz and Comic King.

Of the 6,000 initial entries received, 3,000 were shortlisted for the competition’s final round.

Held in nine venues across the country, the final round was an on-the-spot drawing competition, where entrants had to complete an artwork, based on the theme “rescue mission”, in three hours.

In addition to his scholarship awards, Yong Khin also received an iPhone 5S, movie merchandise, a certificate and a trophy.

The Silver Award went to Jayden Yoon Zheng Kai, a 17-year-old artist currently studying in Kinabalu International School, Kota Kinabalu, Sabah. He took home a scholarship worth RM50,000, Apple iPad Air, movie premiums, a trophy and Certificate of Excellence. Jayden, who wants to be a movie director, was delighted about his victory and said that he was proud of winning, and that it had increased his self-esteem.

The students’ artwork was judged on their originality, creativity, tidiness, and strength of storytelling by a panel of judges comprising The One Academy academics as well as representatives from partner organisations.

Seven other winners walked away with the Young Artist Awards and scholarships worth RM25,000 each.

The awards ceremony also featured the handing out of the Platinum Achievers title, which is awarded to outstanding TOA graduates who have made impressive strides in their respective design disciplines.

The awards were handed out by Youth and Sports Ministry secretary-general Datuk Jamil Salleh.

Education , The One Academy