Lab activity: Students conducting experiments in a laboratory. There is a lack of interest in the sciences because of the notion that scientific concepts are abstract and difficult to master.

Given the growing importance of technology in the 21st century, there is a dire need to increase the intake of students in science-related courses for economic prosperity.

SCIENCE education plays a prominent role in materialising the nation’s aspiration of achieving the status of a fully developed country by the year 2020. Recognising this importance, various polices have been introduced by the government and policy-makers.

They also include the National Science and Technology Policy (STP), which was introduced in 1986 by the Science, Technology and Innovation Ministry (MOSTI).

The policy’s vision is to become a nation that is competent, confident and innovative in harnessing, utilising and advancing science and technology towards achieving the goals of the nation’s Vision 2020.

One of the objectives of the policy is to deliver a work force that consists of at least 60 researchers, scientists and engineers for every 10,000 workers produced in the country. In the year 2000, STP was reviewed and STP II was introduced.

STP II addresses seven key priority areas. One of the areas focuses on education, calls for adoption of a 60:40 ratio of students pursuing science, technical and engineering disciplines in upper secondary schools and universities. Can this ratio be attained? Achieving this target is crucial since we have only about eight more years left before we become a fully developed nation in 2020.

The percentage of students at the upper-secondary level in government and government-aided schools who enrolled in the science and technical streams fell from 22.8% in 1990 to 21.3% in 1995 (Higher Education Ministry, 1995).

The situation further deteriorated in 2010 as students’ enrolment into the science stream dropped below 20% . At the rate things are going, it will be tough for the government to increase the number of research scientists and engineers in the country.

This can result in serious consequence to the country’s innovation plan. Since, only those students, who take Science, or Science and Mathematics, are able to pursue further in science education and careers.

Studies indicate that the decline in the number of science-based students has raised concerns about the nation’s economic future. This poses a serious threat to economic prosperity of the country. The decline of interest in science remains a serious matter of concern for any society attempting to raise its standards of scientific literacy. As Sir Neil Cossons (1993) argues: The distinguishing feature of modern societies is science and technology. Science and technology are the most significant determinants in our culture.

In order to decode our culture and enrich our participation (and this includes protest and rejection), an appreciation or understanding of science is desirable.

Research shows that there are various factors that contribute to the decline in the enrolment of science-related courses. These include the notion that scientific concepts are abstract and difficult to master.

In addition to the teaching approach or instructional method used to deliver, the scientific knowledge was identified as the primary factor that influences the students learning of Science. The type of scientific knowledge imparted in the classroom or in other words, the content of the curriculum is another factor that influences the students’ interest in learning Science. It has been said that almost 40% of secondary school students indicated that they were never excited about what they were doing in Science and 68% indicated that they were bored during Science lessons.These students perceived Science as being “foreign” and this has negatively influenced students’ interest in Science. These include the notion that scientific concepts learnt in schools are not relevant to everyday living and not required for leading a meaningful life.

Current practices of teaching and learning Science which requires students to memorise the concepts indirectly causes them to be less motivated in learning Science and that the learning is viewed as boring and irrelevant.

Students’ interest and motivation in learning Science could be improved by providing a learning environment in which the students could relate the knowledge beyond the four walls of the classroom.

For this to materialise, science content should be taught in the authentic context, i.e. in the context of human experience, determining and experiencing the ways the basic science concepts and processes are handled in society. For example, the concept of acid and base is taught to the primary students and the same concepts are revisited in the secondary curriculum.

At the secondary level, the teaching of acid and bases was further expanded with inclusion of pH (a measure that indicates the degree of acidity or basic property of a substance). In order to have a meaningful concept of pH, acid and bases should be taught parallel to the students’ real life occurrences.

To some extent, proper real life situation is reflected in the learning because students were required to identify properties of material which they employ in their everyday life.

However, is this sufficient for the students to make decisions when they face conflict in their lives and communities. For example, can the actions of humans contribute to the change in pH (scale of measure of how acidic or basic a substance is) of the sea/river water which harms the living organisms in the sea/river and indirectly the consequence is prolong effect on human health and environment.

New developments in science offer various means for improving human health. On the other hand, misuse and mismanagement of scientific developments have given rise to many global issues that threaten human survival on the planet Earth. These include global climate change, lack of energy recourses, pandemics, uneven distribution of food supply, and pollution of water and air.

One possible way to solve these issues is through collaboration, communication and cooperation between global communities.

Questions such as: What are the likely effects that inventing, manufacturing, and using new products will have on the human health? What worldwide consequences, if any, could they have? How might we create a sustainable planet in which we meet the energy needs of today without compromising the ability of future generations to meet their own needs?

How can our world reduce toxic pollutants? To respond to these questions, we need to prepare citizens who have an understanding of scientific ideas, intellectual capabilities, creativity, and reasoning and to nurture citizens with an awareness and respect for the issues and problems that exist throughout the world so that they can make important environment, health, and social policy decisions.

Can our current science curriculum cater for global perspectives and competencies that citizens need for the 21st century?

In thermochemistry, for example, students were taught on heat of a reaction that comprises of heat of combustion. In chemistry lessons, students are required to know in detail about the thermochemistry equation, determine energy level diagram for the burning of fuel, energy change and its relationship between breaking and forming of chemical bonds.

How is this knowledge useful in making decisions with regard to our lifestyle and behaviour, and towards reducing the adverse weather changes.

In another example, students learn about plastic as synthetic polymer derived from combination of two or more units of monomer. The students were taught about the difference types of plastic and their properties.

The students are required to gather information on practising responsible attitudes in the disposal of synthetic polymers. In real life, contrary to what was taught, plastic is being used without considering the harmful effect on human health and the environment.

The students were taught that when plastic is exposed to high temperature, its chemical structure will change. The changes also will effect (react) the content stored in the plastic (bag).

Despite this, plastic is continuously being used to take away food (for instance hot soups) from restaurants. This indicates that the knowledge imparted during the Science lesson appeared to be less meaningful in the students’ everyday life.

Besides plastic, polystyrene is included as one of the polymers and some uses of polystyrene such as packaging foams, fast food cartons and cups were mentioned. Many people have been using polystyrene to take away food from the restaurant. In this situation, the fact that using polystyrene for storing food results in adverse health effects has been completely ignored.

In school, Science students learn about the water cycle. They learn that water consists of oxygen and hydrogen and also about the chemical reaction relating oxygen and hydrogen. Can these concepts develop the knowledge and competent practices that are needed in the case of environmental injustice such as a water crises?

This shows that in school science we have been learning concepts and theories independent of situations in which they are useful.

As a conclusion for the Science lessons to be meaningful, it should reflect on authenticity, a direct relevance for the learner and society and an openness to evaluation in a socio-scientific respect.

The encouragement of open discussion among the students, and links to science and technology must also be reflected in the lessons.

All these factors would provide an opportunity for the learners to relate the knowledge learnt in the classroom and apply the knowledge in performing their daily activities. These perhaps will further improve and motivate the students to learn Science.

The writer is a senior lecturer in science education from the School of Educational Studies, Universiti Sains Malaysia, Penang. 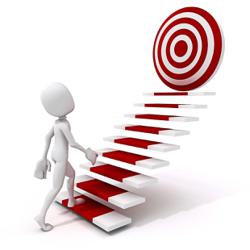 Find it hard to keep yourself disciplined? Try some self-nudging