By Four Winning Teams Are In For A Memorable Time At Fragrant Harbour.

AS you know, the theme for ourCampaign 4 Rewards (C4R) 2008 contest is “Going Green – Making a Positive Impact”.

Well, if you’re one of our grand prize winners, you will certainly make your family and friends go green with envy.

Reason: The four winning teams will be rewarded with a four-day three-night trip to Hong Kong and Hong Kong Disneyland! 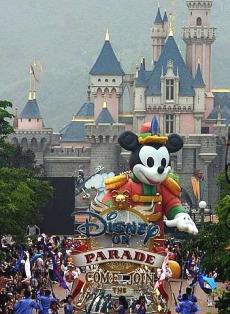 The Disney Parade showcasing characters you love, is a major highlight in Disneyland.

Hong Kong is the Eastern equivalent of Hollywood and Los Angeles, as you will discover when you visit the Avenue of Stars, which is modelled after the Hollywood Walk of Fame. Here there are plaques on the ground, some with autographs and handprints of popular celebrities.

Avenue of Stars pays tribute to the Hong Kong film industry, and you will see plaques for John Woo, Jackie Chan, Tony Leung, Maggie Cheung and many others set in concrete.

There is, of course, the major highlight of the trip and what everyone is looking forward to – Disneyland!

In Main Street, the highlight is the Disney Parade, which showcases all the Disney shows and characters you love, from old favourites like Mickey Mouse and Snow White, to newer characters like Buzz Lightyear from Toy Story. Daily, they stroll down the street on huge, colourful, decorated floats.

You can even sing and dance along with the High School Musical Live! Performance, featuring cheerleaders doing routines to hit songs from the television show.

In the jungles of Adventureland, take a river cruise and allow the hippopotamus and elephants to spray water at you, or catch the show on Lion King. Or, stop for a breather at aTarzan's treehouse.

You will thoroughly enjoy Fantasyland, with the Sleeping Beauty Castle and princesses like Cinderella and Beauty walking around in person. Get Donald Duck or Minnie to autograph your souvenirs. Alternatively, take a trip down memory lane and see Mickey weave his magic in 3D.

Those who are not licensed to drive yet can leap into Tomorrowland, where Autopia allows you to drive cars along super highways. 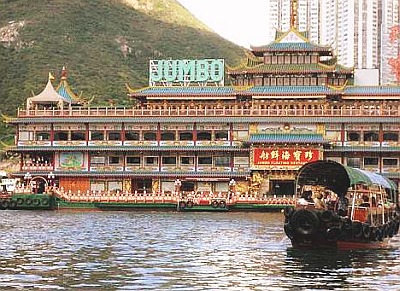 The Jumbo Floating Restaurant in Aberdeen, famed for its seafood.

In the vicinity is the famedSpace Mountain indoor roller coaster, which simulates a heart-stopping ride in the darkness of outer space.

After a whole day of fun, you will be able to do some sightseeing with a trip to The Peak the next morning.

Here is where you get sweeping views of the city from Sky Terrace, or play in the virtual world in EA Experience. Perhaps you’ll fancy saying “Hello” to the wax figures of local and international celebrities at Madame Tussauds.

You will get a taste of 400 millions years' worth of Hong Kong history and culture at the Hong Kong Museum of History.

Next stop is Repulse Bay, a bay-turned-beach that was originally used by pirates in the 19th century. The pirates were “repulsed” by the British fleet – which might explain the name of the bay. 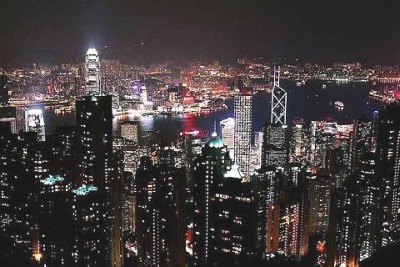 A spectacular view of Victoria Harbour from The Peak.

The Hong Kong historical experience will not be complete without a visit to the Golden Bauhinia Square (named after the huge golden bauhinia flower sculpture there), the spot which marks the return of the former British colony to the People's Republic of China.

Another interesting stop is Aberdeen, on the south shore of Hong Kong island, famed for its boat people who live at the harbour and for its floating seafood restaurants – which can only be accessed by free shuttle boats.

Do all these turn you red with desire for more of Hong Kong? If so, there is no time to waste. Get cracking on your creative green posters.