Returning home from Germany to perform 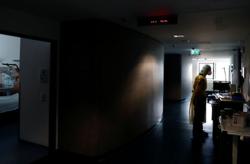 FOR 18-year-old pianist Sylvia Loh Huey Sein, returning from her music lessons in Freiburg, Germany, to perform in a concert here next Thursday is a sweet moment indeed.

“I will try to do my best, especially since we only have one rehearsal together before the show,” said Sylvia in a phone interview from Freiburg.

She was selected to play at the concert through an audition judged by a panel of experts, including prominent classical concert pianist Dennis Lee.

Tickets to the concert were given away free on a first-come-first-served basis and were all snapped up within two days.

Her father, Loh Kee Yin, 54, is eagerly awaiting the concert and the chance to see Sylvia perform with a full orchestra.

“I’m proud of her, and it is great to see her excelling in something she is passionate about,” he said.

He recalls how Sylvia, at the age of four, would accompany her elder sister to music lessons and then attempt to play the lessons herself at home.

“My wife and I fully support Sylvia because we have seen her work hard on her music for more than 10 years, and we realise that it is a part of her,” said Loh. An accomplished musician, Sylvia started piano lessons at the age of six and has many accolades to her name.

She was the first young Malaysian to perform with the National Symphony Orchestra in 1998 and she also won a bronze medal at the first Asean International Chopin Piano Competition last year. Sylvia, however, remains modest about her achievements.

“I don’t feel like I’ve accomplished anything great. I’ve still got a long way to go,” she said.

Sylvia plans to return to Malaysia after completing her four-year bachelor’s degree in music and take up a career in teaching music.

“I definitely want to return. Although many people think there aren’t opportunities there, I think the scope for classical musicians in Malaysia is slowly but surely improving,” she said.

Sylvia will be featured in the Melbourne Grammar School Orchestra’s prelude performance to the YTL Corporation Berhad's 50th Anniversary Concert of Celebration 2005. 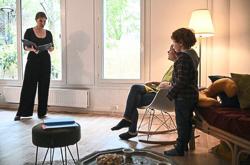 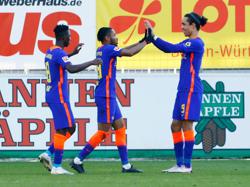