In love with the heart

A PATIENT’s smile says it all and is the best gift, according to consultant cardiothoracic surgeon Dr Syed Mohd Adeeb Syed Jalaludin.

“I don’t need the patient to thank me because his smile, after he recovers, is the best thing for me.

“When he comes in, he may be sickly for a variety of reasons, but if he leaves the hospital near normal or back to normal, that is thanks enough for me,” he shares.

Although Dr Syed Mohd Adeeb did not really decide on medicine as his career until he completed his Sijil Pelajaran Malaysia (SPM), he has been surrounded by medical practitioners all his life.

As a young boy, he used to follow his gynaecologist mother to the hospital whenever she was on call, while at family functions, all talk was usually centred around medicine as his relatives are all in the same line.

So it wasn’t really surprising that he finally settled on medicine as his choice of career.

“I knew I wanted to do something with my hands but wasn’t sure about what sub specialty to specialise in,” he adds.

Dr Syed Mohd Adeeb says that when he was exposed to cardiac surgery in the second year of his general surgery training, he found open heart surgery awesome and decided that that was what he wanted to do.

“The patient trusts the cardiothoracic surgeon 100%. Just think – the patient depends on the surgeon to split his chest open, stop his heart, put him on a heart and lung machine while he repairs the heart, then stitch him up again and restart the heart,” he says

“For a person to allow us to do that, he must have implicit trust in us. “It’s imperative that the cardiothoracic surgeon is well-trained,” he adds.

What does a cardiothoracic surgeon do?

A cardiothoracic surgeon is someone who performs all surgeries related to the chest.

“Depending on the case, I may do a coronary artery bypass operation, heart valve replacements or repairs, or surgeries to correct congenital defects such as a hole in the heart. For example, a child could be born with a deformed heart or with defects which make him turn blue, or with heart chambers which are too small or not formed at all.

“I also do lung procedures such as removing segments with tumour growth, and other lung pathologies.”

Describe a typical day at work.

In a government hospital (where Dr Syed Mohd Adeeb worked before joining a private medical centre), a cardiothoracic surgeon could have a three-day operating list – for example, he operates on Mondays, Tuesdays and Thursdays – and a ‘clinic’ day for referred cases or follow-up consultations.

However, in private practice, I may need to operate everyday, depending on the number of referrals.

My day usually starts at 7.30am where I would do my rounds in the intensive care unit (ICU), and troubleshoot problems. I check on the patient's blood pressure or make alterations to medication. Then I would visit the wards as patients who no longer need intensive care are sent back to the wards.

Usually, a patient spends two or three days in the ICU after surgery, and a further four to five days in the ward, before being sent home.

I also see patients in an outpatient clinic.

There are usually only two cases of surgery per day as each surgery takes four to five hours. When we start the surgery at around 9am – referred to as “knife to skin” when we communicate with the anaesthetist – the surgery may end around 6pm or 7pm.

But my day does not end after surgery. I usually stay at the hospital until 10pm or 11pm to make sure the patient’s condition is stable. Basically I want to ensure the patient has not suffered adverse effects from the surgery.

During my training, I spent a lot of time in the hospital. It was normal for me to sleep two to three days per week at the hospital, especially after performing a surgery.

It is the norm for us to look after our patients after surgery. As surgeons, we don't like to delegate the task of looking after the patient to someone else. However, this is changing – intensive care is an area of specialty which is developing rapidly as it requires expertise in its own right.

I guess one of the reasons why not many doctors want to venture into this specialty is the long period of training involved and the long working hours. At the moment, there are only 30 or so cardiothoracic surgeons in the country.

I am very busy. Even when not seeing patients or performing surgery, I am looking at new literature in my field, reading medical journals, and publishing and presenting my work locally and overseas. I have to do this at least two to three times a year.

My day does not really end as I am a surgeon 24 hours a day, seven days a week.

I am also a council member of the Malaysian Association of Thoracic and Cardiovascular Surgery. We have meetings once a year to discuss problems and breakthroughs in the field.”

What qualifications do you need?

Then they would need to serve the government for three years, one-and-a-half years each for housemanship and as a medical officer respectively. Only then are they eligible to do a postgraduate degree in the field they are inclined towards. I applied to do a four-year Master's in Surgery at Universiti Kebangsaan Malaysia.

Once they have completed their examinations, they need to spend six months as a general surgeon in a government hospital.

Then they decide on a specialty. I chose cardiac surgery, and spent four years training at the National Heart Institute (IJN). That is like an apprenticeship where the consultants train and assess you.

The training in a sub-specialty is still informal in this country but the Malaysian Association of Thoracic and Cardiovascular Surgery is working on having examinations for this.

Once you have been trained and assessed by your trainers, you are then registered as a specialist in the National Specialist Registry. This registry is under the Academy of Medicine, which is something like the Bar Council for lawyers.

It has taken me 15 years to become an independent cardiothoracic surgeon, from my first year as a medical student.

Sometimes this training is prolonged if there are hiccups. For example, if there is a failure to meet certain requirements, it may take as long as 15 to 20 years to be an independent surgeon.”

What type of personality best suits this job?

You need to be aggressive and strong willed to deal with the pressures of performing open heart surgery because this is the most invasive procedure that can be done on a fellow human being.

A cardiothoracic surgeon has to stop the patient's heart during surgery, do the necessary repair, and then stitch him up again. You must be well-trained. This is why 15 to 20 years of training is needed.”

What are the career prospects?

Seeing my patients recover and returning to near normal or normal activities. When patients come with smiles on their faces, that says it all.

What is the worst part of your job?

Unfortunately our procedures are high risk so there is a possibility of losing a patient. This can be quite devastating because you would have built a rapport with your patient. I always get affected by it but I cannot afford to dwell on tragedies as other patients rely on me too.

What is the salary range?

A surgeon who's newly qualified in a government hospital could earn between RM6,000 to RM7,000 per month. The ceiling could go as high as RM20,000 per month. 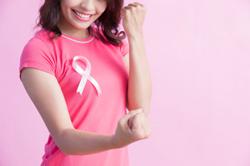 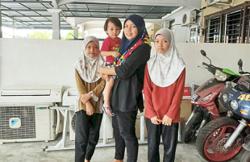 Toddler in the pink of health after heart surgery