Believing in the power of dreams

Beginning a new series on outstanding Malaysian students, StarEducation speaks to Yvonne Tew, a 19-year-old whose achievements far outdo any adult, and who reminds us that a little goes a long way

IN the child’s story, The Little Prince, by French writer Antoine de Saint Exupery, a young, magical prince from the stars visits earth and tells the story of his adventures. In his travels, he tells the narrator, he has visited planets that are occupied by cynical, materialistic, unimaginative, angry adults. Failing to understand the befuddled temperament of adults, the little prince eventually returns to his extra-terrestrial planet among the stars.

It is a story that keenly recalls the importance of the simple things in life, most of which we have begun to forget in our preoccupation with the hustle and bustle of modern living: stop to smell the roses, draw coloured pictures, hold someone’s hand.

Excellent grades, college and university scholarships aside, she is remarkable for her ceaseless energy and optimism, and for the simple appreciation of the smaller things in life.

A glance at her resume will make any over-achiever suddenly feel like an under-achiever – her involvement over the years in her school website, school and Christian fellowship newsletters, debating, public speaking, school plays and law Olympiads is one that most students can only admire from a distance.

Yvonne is currently studying sociology, economics, mathematics and law for her A-Levels, striking a good balance between the different humanities. Straight As, a Taylor’s College scholarship, a JPA scholarship for law in the UK, and a conditional offer from Cambridge University form the icing on the cake, bringing her to the top of any class.

And yet, she remains unnervingly modest. Speaking enthusiastically about her “hopeless idealism”, she adds, “I’m really unfashionable, I know!” with a laugh. “ People ask me, ‘What are you doing in the 21st century!?’”

Citing classic movies, Disney songs, Montgomery books, Anne of Green Gables, Gone with the Wind and the colour yellow, “because it’s so vivid,” as her favourite things, Yvonne is a classic old-fashioned girl at the heart of an increasingly distracted and indifferent 21st century.

The simple pleasures of life, “the little things which make life fun” like sampling ice-cream flavours at Baskin Robbins and seeing the funny side of the “lean budget which is the curse of every student”, play an especially prominent role in her every day activity.

When Jiminy Cricket sang When you wish upon a star for the Disney animated feature, Pinocchio, a little bit of faith and cheer was sprung upon the world. Yvonne stands firm on her dreams, a quality that is perhaps lacking among the cynical youth of today.

“I’m a hopeless idealist. I’ve noticed that Malaysians tend to believe that they’re not good enough. They tend not to try a lot of things because they think they’re not going to succeed, and even if they do try, it’s done with the mentality that ‘I probably won’t get it anyway’ or ‘What are the chances of me succeeding?’

“I don’t think it’s a healthy thing. I don’t know whether it’s just part of the Malaysian culture of being humble, but there’s a difference between being humble and plain being stepped on!”

There is a charming simplicity in the attitude which Yvonne lives by and yet it has got her everything she has wanted and pushed her further ahead than most people her age.

“Sometimes you just have to do your best and leave the rest to God. I don’t care how unfashionable it is to say that, it's something I really hold on to. I do my best, but your best only takes you to a certain extent, there are so many things outside of your control. I think God’s played a great part in my life which is why I’ve had so many great things happen so far.”

“Unfashionable” though it may be, we need only spend two hours in a mall to see that the average Joe, knee-deep in ‘fashionable’ trends, hanging out at ‘fashionable’ places is just that – average.

Yvonne is living proof that going back to basics is the best way of getting ahead. After all, faith got Scarlett O’Hara through the American Civil War, and Cinderella into the palace.

However, the basics and the little things around us are what we most readily forget. “You’re missing out on life by wanting to be where you’re not! I think one of the key things is that you should live life at the stage you’re at and be happy,” exclaims Yvonne before adding, “I know it all sounds like a cliché! I’m trying very hard to explain it without it all sounding clichéd!”

And yet, like being ‘old fashioned’, there is nothing wrong with clichés, unless you’re too cynical to appreciate them. It would perhaps not be wrong to say that most of us have a secret passion for something ‘unfashionable’ – boy bands, the Cartoon Network, ‘60s love ballads – but perhaps the truly unfashionable thing is not admitting it.

She is proud of her obsession with old movies, rainbow-coloured socks and the idealism of 20th-century American fiction. “The problem with modernity is that it advocates open-mindedness but it’s a narrow-minded open-mindedness, which means you still have to subscribe to certain ‘types’ of thought,” she points out.

“So many things in life are grey, but that’s what makes it interesting!”

Passion too, ranks highly for Yvonne as a driving force. While the job market flurries past, and students scrabble for the most marketable degrees, Yvonne still has no idea what she wants to do after her law degree.

“It is a ‘trend’ and a mindset that you must do a really stable degree, but I think people are losing sight of things. I think that at the end of the day if you’re good at what you do, passionate and interested, you’re going to get employed and get a good job. It goes a lot beyond what you did.”

This optimism could be contagious, for Yvonne is not only energetic about the things she does, but remains positive for the world around her too.

“I think the idea that ‘Malaysians are just like that lah’ has been used too often as an excuse for people not to move ahead and do things for themselves. For example, the Malaysian education system can be quite restrictive; even in subjective subjects we’re normally taught ‘memorised opinions’. Sure, it’s a problem but it’s not the only problem. People tend to overemphasise this aspect too much but there are still a lot of other avenues.

“If you really do think you’re just mediocre then fine, just do a mediocre degree. But then that just goes back to that whole mindset that ‘I’m not good enough.’ “

She is also looking ahead forward to a career that will “really influence people’s lives. I just think that an office job, good and noble though it is, is more limited in scope. I like the idea of reaching out to a lot more people and changing lives. It’s so idealistic, I know!” she says with a laugh before adding that she admires historical figures like Mahatma Gandhi and Abraham Lincoln for their contributions to humanity.

“I’m passionate about human rights and equality especially, such as women’s rights and slavery in the 19th and 20th centuries. here are just so many things that are unequal which go unnoticed: even issues like the exploitation of maids in this country is something that so many people won’t or can’t see.”

Awareness is half the battle won, the other half is wanting to do something about it. For Yvonne, staying positive and idealistic is not the secret of her success but rather a way of life.

“I like Disney songs and classic movies because they show that you can do pretty much anything. I do believe in magic and the power of dreams,” she says wholeheartedly.

The faith has paid off and she’ll be jet-setting over to England in September to fulfil all the wishes she’s had since reading Enid Blyton as a child.

After all, a little magic never hurt anyone. 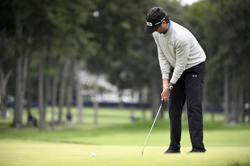 Tougher things to deal with than U.S. Open says Watson 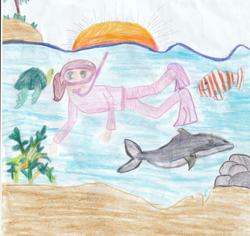 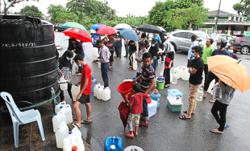 Disrupting lives once too often