Issues and themes in the three novels

We’re now nearly at the end of our literature series, so I’d like to go quickly through the answers to our two Malaysian poems and then round off our study of our three novels. First, the answers:

a) What does the poet mean by saying that “the knowledge that sweats from it/is a stranger’s knowledge”?

The knowledge he got from being an outsider or “stranger in a strange land” was hard-earned; it was not easy acquiring it as he probably suffered from cultural shock at first and made a number of mistakes and blunders.

b) Briefly summarise what was the “predicament” he faced when he returned from overseas.

He was frustrated because it seemed no one understood him when he came home. The kampung people in their “predecisions” had already pre-judged him as having abandoned Malay values for foreign ones and therefore treated him as an outsider.

a) What do we learn of the culture and traditions of “nyonya and baba” in this stanza?

They are Anglophiles (they read Tennyson regularly), they believe in ancestral worship and observe traditional Peranakan rituals (they count silver paper for the dead) and respect their elders. There is a fascinating blend of eastern and western influence in this homely family scene.

b) Comment on the use of verbs for the various insects in the lines after “the down-pouring rain”.

The verbs for the various insects are all active and suggest a sense of movement and sound, as they “fly”, “sweep”, or “zoom”. Even the air “ticks with gnats”. By doing this, Shirley Lim wishes to stress that these creatures are just as much a part of life in the tropics as monsoons.

Due to lack of space and to cover as much ground as possible in our treatment of the three novels, I’d like to do a different question on each novel, rather than sticking to one generic question for all, as is set in your SPM. For practice, it might be useful for you to list the points to the two answers not specifically given for your chosen novel. (If you’re really conscientious, you might want to reinforce your English and literature by writing it out as if you were answering the question for your SPM next month.)

One important thing we learn from the novel is that change is inevitable, especially during the period covered. This forces people to react to change in different ways and to make choices which they feel will prepare them best for the changing circumstances.

For instance, Pak Kia sticks to the traditional ways of the Malays; his younger brother Zaidi adapts to the new environment easily without compromising these values, and there will always be opportunists like Pendekar Atan who exploit the weaknesses of others who are not able to cope with these changes.

Coping with change is a question of survival of the fittest: people who resist it get left behind in one way or another; others adapt to the changing socio-economic landscape and thrive. Of the latter, we have good people who succeed without doing evil e.g. Zaidi and bad hats who get punished e.g. Pendekar Atan.

Though a traditionalist, Pak Kia actually makes the most changes. Both Zaidi and Pendekar Atan remain physically where they are, whereas, by moving into the jungle, Pak Kia faces the most challenges. Indeed, this move into the jungle provides impetus to the novel and gives the book its title. Initially, it seems that the setbacks in the jungle are insurmountable, but Pak Kia’s faith, bravery, diligence and determination enable him to overcome a hostile environment so that it really becomes a Jungle of Hope.

The novella gives three main settings: the village, the town of La Paz and the open environment of the mountains as Kino and his family try to escape the trackers.

Kino and people like him (fishermen who might supplement their living by diving for pearls) are poor Mexican Indians who lead simple lives in the village. Kino’s home, for example, is a basic brush house situated in the tuna clump near the sea where he “heard the little splash of morning waves on the beach” (Page 1). He and Juana sleep on mats on the ground floor, showing that they live in close harmony with nature.

The richer people of La Paz, on the other hand, live in “a city of stone and plaster” (Page 8). It is a city of “harsh outer walls” so, just as “stone” is harder than the earth floor on which Kino and others like him sleep, the city folk are harsher and generally neither kind nor generous unlike the gentle fishermen of the village.

In the third setting, the “land was waterless”, and “underfoot was not soil but broken rock, split into small cubes, great slabs, but none of it water-rounded.” This implies that Kino’s journey towards understanding the double-edged meaning of the pearl (Kino thought that it would give him great wealth; instead he paid a great price – losing his son – for it) is a tough one fraught with physical danger.

Education plays an important role in Maniam’s novel because we see how determined the protagonist Ravi is to get an English education so that he can escape being a dhobi “fit only to wash to wash other people’s dirty clothes”. For instance, despite the cramped quarters of his home, he “appropriated a corner of the front room” where he “often read and wrote” (Page 44), and once Ravi steps into this “self-imposed isolation”, he cannot be disturbed.

Later, his stepmother Karupi who was responsible for his getting an English education decides to stop this because the C.D. or “Ayah says so” (Page 111). Furthermore, his father says that there is little money for him to continue schooling, and C.D. also tries to curb Ravi’s education, because he feels that Ravi might order him about if he were too educated.

All their efforts fail because Ravi (who is still in primary school) actually takes the initiative of applying for and winning a scholarship from the Indian High Commission. During his secondary schooling, he continues to read avidly but his childhood comics now give way to more literary writing by Dickens, Thackeray and H.G. Wells.

All along, “only my studies mattered” (Page 154) because with education, Ravi realises that “the dignity of the individual” can be achieved without submitting to the bigoted views of people like Ayah. He studies hard to win a teaching bursary to England (“having been selected from thousands of candidates”) and finally becomes a teacher.

I hope you noticed my use of relevant quotations and how I’ve incorporated them smoothly into the answers. Highlight good quotations and try to use them in your answer, but only if they are pertinent to the question.

To conclude, let me give you an exercise to make you think outside the box – the format is not exam-prescribed but it’s good language and literature practice!

The Plot of The Necklace:

Fill each blank with a suitable word 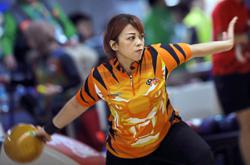 Kegler Siti turns to gardening to keep herself occupied 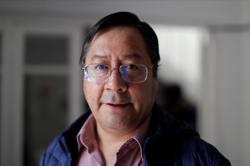 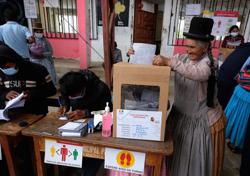