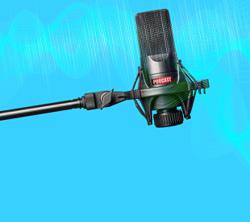 Using arts to create a safe environment forMalaysian youth to express themselves on a host of issues was the aim of the two-week ADA APA? travelling conference. StarEducation joined a motley crew of young arts activists on a journey of discovery that led to some startling revelations

MISSION: To get young people to talk about Malaysian identity and issues relevant to them.

Game plan: Travel to six cities in 14 days and create a safe place, through the arts, for young people to express their thoughts, experiences and concerns on issues that matter.

Over-ambitious? After all, much has been made of Malaysian youth’s apathy towards their environment and the world at large. How then can 10 to 12 hours achieve something that 15 to 20 years of life have failed to do?

Yet, this did not deter a group of young artists and activists from venturing into the un-chartered waters and unearthing the ugly truth. Adopting the moniker ADA APA? – partly to evoke the mini youth revolution in Indonesia inspired by its hit film Ada Apa Dengan Cinta? – the travelling conference was designed to incorporate multi-arts skills while creating a platform for the dissection of relevant issues.

Hence, with funding and support from the British Council, the troupe, under the banner of the Five Arts Centre, began its odyssey on Sept 1 by going up in the east coast of Malaysia – first stop Kuala Terengganu, before crossing west to Penang and continuing down south to Kuala Lumpur, Seremban, Malacca, and Johor Baru.

Equipped with the bare necessities (alright, maybe not-so-bare essentials) the facilitators travelled to meet and engage with more than 50 participants aged 16 to 19 years old in each venue with the help of local partners such as the Rotary Club, the Federation of Family Planning Associations Malaysia, the Johor Society for the Performing Arts and SMK Methodist Girls School and SMK Canossa Convent Malacca.

Life's important issues aside, the road trip was an experience to remember for all involved. It was gruelling but definitely rewarding, says Mark Teh, 22, the group's head honcho.

“Travelling up to 10 hours on the bus, you can’t really do anything and have to constantly change your mindset, one day in one city, the next another. Sure, you learn a lot – how to negotiate people, different situations and similar issues differently, how to facilitate the exact thing in various ways -- and get to see a lot of the country, but it’s tiring,” he adds.

Mark is happy that to a certain extent ADA APA? has been successful in creating awareness on issues, fostering networking and introducing arts skills to young people in the towns they visited.

He came up with the idea of a mobile youth conference after attending the British Council’s international youth conference in Britain, called Connecting Futures. Held last March, the forum gathered young people from various countries, such as Pakistan, Nigeria, Egypt, Indonesia, Turkey, Iran and Malaysia, to engage with and learn from each other.

The five-year initiative by the British Council aims to foster mutual understanding and respect among youth of diverse cultures, particularly with those from Islamic countries.

“It was very interesting; the forum had no concrete aim. All we knew was that we were supposed to meet and talk. I found that very liberating – going to a huge conference without a specific aim beyond meeting, connecting and sharing knowledge. I met and talked to young people from various parts of the world. That was how it all started. We were supposed to go back and propose similar projects back home, so I proposed to the British Council to do a travelling conference which ultimately became ADA APA? “ says Mark.

The ADA APA? project was preceded by a six-month Taman Medan project, Petaling Jaya, in which Mark and five other fellow artists conducted multi-arts workshops every week.

Adding flavour to the project, the UK connection saw the inclusion of six arts activists from different parts of Britain as guest facilitators.

It was not the first time Akshen was collaborating with British artists, particularly those from Newcastle’s Live Theatre. Established in youth outreach and community work in Britain, the theatre group offered extensive experience.

Mark notes: “The connection with UK was interesting as we were able to use them as a device for discussion – ‘Can you tell the ignorant foreigner why is it like this?’ It really empowered the youth because they had to explain the difficult things and that alone stimulated interesting discussions between them.”

It also brought out interesting comparative topics of discussion, on top of the general curiosity about British life, such as freedom of speech and sex education. This was another reason the conference was taken outside Kuala Lumpur, says Mark.

“We wanted a spectrum of issues, not a KL-centric perspective. We just wanted to talk to young people about Malaysian identity from various parts of the country, especially since the conference took place between Merdeka Day and Malaysia Day.”

He stresses that it was never meant to debunk the official spin but was an attempt to explore young people’s perspective of identity through the alternative or complementary narratives of their lives.

For Siong King, 28, who describes his involvement as “accidental”, discovering that travelling was involved was a nice surprise.

He says: “When Mark first approached me with the mobile conference idea I thought that it was via the Internet and when he said that there would be UK facilitators, I assumed that we would be teleconferencing somewhere in Cyberjaya.

“It was a great experience travelling to different cities and meeting the youth. Generally, we got the young people to share their stories, which was interesting to compare from one venue to another.”

Nevertheless, being on the road kept him on his toes. “If we make a mistake or they make a mistake, there is no time to rectify anything. You are humbled by what is really happening. The level of your achievement is more or less set, but you get a better idea of what you can do as you go along. Having said that though, there will never be enough time in projects like this, even with six months in Taman Medan, it was not enough.”

The Five Arts Centre is no stranger to arts in community work, having been involved in various outreach arts programmes, including Teater Muda, for more than 10 years. Mark and Akshen as the “youth arm” of the theatre company are only too willing to continue the tradition.

“It is good that we can take the arts off the stage and out of the gallery, into the community. Arts can help in creating a safe environment of discovery, which is very important to get young Malaysians to open up. As we discovered in ADA APA? young people can talk, but for it to surface, there needs to be another level of processing and discussion.”

A great stimulus media, like the arts, he explains, allows for participants to look at the same issues from different perspectives.

“ For example, whenever you are doing one issue through various art forms – such as looking at an issue through drama, exploring it through visual arts and then movement – different meanings and perspectives will filter through,” he says.

Participants not only had fun with the different activities, but a constant element of surprise kept them looking forward to the next activity. The challenge for facilitators, says Mark, was to refrain from bulldozing their views through to participants.

The next step, says Siong King is to help the youth put their words into action. “Getting young people to talk about their issues and ventilate their problems was important, but it is more important to encourage them to act on the things they discussed.”

Fahmi, who found himself rediscovering Malaysia after spending time abroad studying, agrees. “We have so much to learn from the young, and from what we have heard, it is imperative that youth are involved in the decision-making process in issues that affect them.

What did ADA APA? learn from and about youth then?

The list is long: national service is bad, patriotism is confusing and the opposite sex, relationships, friendships, sex and money problematic.

However, the biggest grouse is education. Complaints range from regular policy changes, poorly-trained teachers, to exam pressures and curriculum irrelevance.

“It is interesting to note that many share the believe that the education system has really worked in disempowering them. However, it is also good to know that while many are dissatisfied, many also understand that the problem is systemic. They generally accept that teachers are in the same boat as them, for example, with a lot of policy changes, teachers have to cope to survive too,” says Mark.

Miscommunication is another major crisis for most youth – among themselves and with their parents and teachers.

“From the panelling session we had (drawing of scenes) we saw their perceptions of society and self-image,” says Fahmi, adding that it reflects the stereotypes ingrained by society. One thing became clear: that Malaysian youth are more aware of issues than they are given credit for.

Although it is difficult to ascertain the root of the problem without proper research, Siong King believes that it can be attributed to education, the media and Malaysian culture in general.

The similarities in their reaction are noteworthy, he adds. “If you don’t look at the details, you see that the points of view are quite homogenous, which is scary. Only once in a while, you get a different point of view. But then, when you think about it, Malaysia is not a big country, so there won’t be vast differences. What will be more interesting is to meet young people from Sabah and Sarawak; if we are expecting any kind of differences among Malaysian youth, I believe that is where you will find it.” A big surprise, he adds, is the fact that many youth are very conservative, despite all the talk about bad influence from the West and the media.

“It varies, but many are not too open. Terengganu youth are unsurprisingly ultra conservative. While young people in KL could talk about sex more openly, those in Johor surprisingly had trouble saying the word 'condom'. It's a real eye-opener.”

Mark admits that the findings are superficial, what with the time restriction for each venue, and hopes that they will be able to do more substantial work in future.

“The project has to be scaled down – maybe fewer cities and longer sessions. Then we can get deeper on the state-level.”

For all, nevertheless, it has been an enlightening experience. As Siong King succinctly puts it: “It is an expansion of our definition of art – more about other people and less about ourselves. It is about touching people directly on some level and getting youth to communicate using art.”