IT was indeed a day of celebration for 612 students who were rewarded for their excellent results in last year's Sijil Pelajaran Malaysia (SPM) with Tan Sri Loy Hean Hong Merit Scholarships worth more than RM2.5mil.

''It is incredible and certainly heart-warming that so many students did so well in the SPM last year. Awarding merit scholarships is part of our commitment to continuously motivating students to excel while helping to ensure every willing and determined student finds a place at college or university,'' he said at the award ceremony last week.

Since the Tan Sri Loy Hean Hong Merit Scholarship was set up 10 years ago, Khoo said this year's RM2.5mil grant was the highest ever. Thus far, more than 2,800 students have benefited from the scholarship.

But there was more to celebrate at Taylor's College as the ceremony also marked a special feat – the college earned a place in the Malaysia Book of Records for being the country's largest A-Level Centre and the largest South Australian Matriculation (SAM) Programme centre.

Taylor's College Subang Jaya principal and chief operating officer Anucia Jeganathan said the college was recognised not only in terms of size but for the quality of the programmes it offers.

She said: ''The results speak volumes for the quality of the programmes. In 2002, we recorded the best results with 969 students sitting for the SAM and achieving a pass rate of 96.2%. A total of 10.9% of all students taking the exam scored straight As in all five subjects they sat for.”

As for the A-Level programme, Anucia said 511 students sat for the exam last year and recorded a pass rate of 95.1%. ''Last year, 26 students scored straight As for all five subjects they sat for. This made us the best in the country.'' 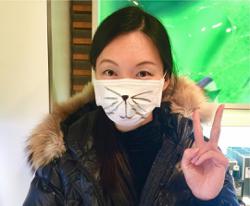