A SIMPLE observation sparked off an idea that bagged the top prize for the Intel National Schools’ Science Innovation Competition 2003, a three-day event held recently in Sungai Petani, Kedah.

The 17-year-olds’ inspiration came from watching a construction worker trying to level a brick surface using a long plywood rod during renovation work at a mosque.

“The method was inappropriate; we found so many disadvantages with the existing tool (spirit level). From there, ideas developed and we found a more accurate way of measuring different angles,” says Sarah Sofia, adding that continued research and modifications will follow to make Ator more efficient.

The fifth formers will represent Malaysia at the Intel International Science and Engineering Fair (Intel ISEF) competition to be held in Cleveland, Ohio, in the United States in May.

“It’s such an honour to represent the country. We are hopeful our product will stand a chance as it is effective, user-friendly and cheap,” says Ricca.

The team from SMK Batu Lintang, in Sarawak, won the second prize of RM1,500 and an Intel Pentium IV processor-based PC for their Eco-friendly Natural Dyes from Household Waste project.

Esther Chiong Chiew Yee, Jane Hii Yong Huey, and Melanie Teo Zhia Yii, fondly called the “Rambutan Girls” in last year’s competition, proved to be “dye hard” as they returned with an enhanced presentation of alternative sources of natural dyes other than the rambutan fruit.

A noble cause to save trees and Mother Earth earned SMK Sultan Ismail II, in Terengganu, the third prize of RM1,000 and an Intel Pentium IV processor-based PC for their Electronic Forest Caretaker gadget.

Deeply concerned over the destruction caused by illegal logging and forest fires, Zurriya Hayati Hasnan, Yeoh Kai Chiat and Wang Hui Ni came up with a solar powered electronic device attached to a modified handphone that detects the high-pitched sounds of chainsaws and alerts the nearest forest ranger.

The award for Intel Excellence in Teaching went to Loh York Law of SM Sung Siew who won RM1,000 and a trip to the Intel ISEF.

Organised by the Education Ministry and sponsored by Intel, the contest is open to individual students or teams of up to three, from Form Three to Form Six.

A total of 66 entries were submitted this year in 14 categories –including behavioural and social sciences, computer science, biochemistry, botany, engineering, microbiology, mathematics and physics. Nineteen finalists were shortlisted.

More than 1,200 students from over 40 countries compete for more than US$3mil in scholarships and prizes at the Intel ISEF in the United States yearly. 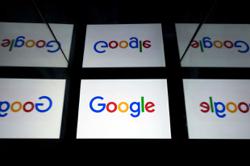