Lawyer Gurbachan Singh is no stranger to high profile cases.

In fact, his decision to enter the legal profession was partly moti- vated by two very famous people in history.

“I had read stories about Abraham Lincoln and Mahatma Gandhi, who were both lawyers,” he recalls. “At that time, I was working as a road traffic enforcement officer (with the Perak Road Transport Department). Since one of my duties was the detection of traffic offences and prosecution, I also acted as a prosecuting officer in court where I had to contend with lawyers.”

Both factors, says Gurbachan, stirred his interest in law as a career. It was, however, not an easy goal for the civil servant, who came from “a poor family” and, in 1966, had to leave school at 17 (after Form 5) to work.

He says: “I could not afford a university education. It was necessary for me to work to help my father support the family, so I had to finish my HSC (Higher School Certificate) through part-time studies and then register to do law at Lincoln’s Inn, one of the four Inns of Court in London.”

Still, the struggle was far from over for Gurbachan, who was working full time with the government. “There were no lectures to attend, which was a luxury of going to the university. I had to do my degree through a correspondence course, which meant studying on my own. Then I had to take no-pay leave from work and go to London for my finals.”

He explains that it was necessary for him to finish his legal studies in London as private students then could not sit for Part Two of the Bar-at-Law course in Malaysia.

Eat your way to the Bar

This was because students “had to keep the compulsory dining terms. It was a tradition that you have to attend a certain number of dinners at the Inns before you can sit for you finals. You know, the tradition is kept till now.

“Those days, there were no formal classes. Lawyers used to eat at the Inns and while dining, they would get the eminent lawyers to give lectures. So, you would dine as well as listen to lectures. It’s a very informal and enjoyable way to learn. You eat your way to the Bar,” he laughs.

Gurbachan had to attend 12 “dinners” before he could sit for his finals in May 1977. “Fortunately, I passed, after which I resigned from government service in May 1978, commenced my chambering and was called to the Bar on Feb 20, 1979.

“Time certainly flies,” he reflects. “It’s been more than 23 years since, and I have absolutely no regrets taking up law as my vocation. I enjoy it thoroughly and find it a very fulfilling profession, especially for someone who has a great desire for justice.”

Although he takes on a lot of civil cases, Gurbachan also does criminal cases. “I enjoy it because there is a variety of work and no monotony. Also, I enjoy criminal practice, for example; cases involving capital punishment because it is always a pleasure to save lives, and I derive a lot of satisfaction from that.”

What does a lawyer do?

A lawyer advises members of the public or his clients on their legal problems and the law. He also does litigation (court cases) for and on behalf of his clients in both civil and criminal cases. If it’s a civil case, the lawyer may either act for a plaintiff or defendant, whereas in criminal cases, he can only act for the defendant as the prosecution is done by the Attorney-General’s Chambers.

A lawyer also gives opinions to clients, such as banks and organisations, on a consultancy basis, especially if he is on their panel.

How does one become a lawyer?

There are several ways. One is to do it (law) in public universities like Universiti Malaya (UM) and Universiti Teknologi Mara (UiTM). It is a three to four-year degree programme and entry into the universities is quite competitive, although I believe UiTM’s entrance qualifications are more relaxed than UM’s.

The other option is to register for one of the degree courses (either a LLB or BA Law) here, obtain at least a second class upper and do the Barrister-at-Law course, or more commonly known as Bar-at-Law, in London. Doing your Bar-at-Law in London gives you great satisfaction and a sense of achievement because that qualification commands respect and is recognised all over the Commonwealth.

Another alternative is to do it at recognised colleges in the country or universities in Australia or other countries, but you will have to do your CLP (Certificate of Legal Practice) here in Malaysia. However, if you do the Bar-at-Law in London, you don’t have to do your CLP, although you must achieve the minimal qualification of second class upper. Our Legal Profession Act recognises the Barrister-at-Law degrees from the Inns as equivalent to the CLP.

What is a typical day at work?

(Gurbachan laughs.) In this profession there is no fixed or proper working time. In fact, the main part of work, especially research, is done after office hours and during weekends when you’re not involved in court or with clients or office matters.

For me, a typical day would be handling five or six cases , running from one court to another. My main practice is in Ipoh, Perak, and Kuala Lumpur, because the Court of Appeal and Federal Court mainly sit in KL. I do quite a bit of criminal work in KL and Shah Alam, so I have to be in KL almost every week.

Fortunately, in Ipoh, the subordinate courts are just across the road from the High Court, otherwise I’ll always be in a jam.

Sometimes I would attend one case in the morning and another in the afternoon. There is never a dull moment; the day will pass in the blink of an eye because you will be thoroughly occupied.

My office starts work at 8.30am, but I will be in about 8am on a normal day, sometimes even at 5am. Then it’s off to court at 9am till about 12.45 pm, back to court from about 2.15 to 4pm, and back to office after that to attend to office work, clients and the ever buzzing telephone till I leave the office about 6.30 or 7pm with a bagful of files as homework.

I try to be with the children, so at home I sometimes have dinner with them or take them out for dinner, but then I’ll be back at my work at home, sometimes until midnight. Actually, I recently took time off for the first time for a holiday with the family.

What are the criteria for this profession?

The main requirement is knowledge of the law and a good command of language, English or Bahasa Malaysia. You absolutely have to have a very good command of the language because it helps you to convey your arguments and persuade the court to be inclined towards it. After all, in the final essence, it’s the art of persuasion.

A good memory helps, and you have to be meticulous and systematic to be able to marshal the facts and present your case properly. That can only come about through hard work and total coverage.

An ability to think on one’s feet is also an essence of a good lawyer. Don’t forget, you cannot completely prepare for your case outside the court. The court is a place where the most unexpected things happen at the most unexpected times – witnesses change, your client lies to you or hides certain facts from you.

In court, you get complete surprises such as a different story, either because your client has not told you the whole story or the witnesses are lying. While the case is in progress, you will have no time to consult the client, so you have to think on your feet while cross-examining. An ability to do so goes a long way.

A pleasing but commanding personality also helps, especially when you have an appearance in court, you’re in attendance to your clients or cross-examining witnesses.

It’s when you win a case and you’re satisfied that justice has been done. That is the greatest satisfaction for a lawyer.

What is the worst part?

It’s when you realise your clients have not told you the truth, or when you feel that the false testimony of untruthful witnesses has resulted in the court reaching a decision which in your view amounts to an injustice. It’s especially bad when a life is at stake. Although it seldom occurs, it does occur.

What is the salary range?

If you are employed by someone, you sometimes start off at about RM2,000, with annual increments. I am self-employed but you can, of course work for firms that cater to your kind of work and they pay handsomely after a few years, especially if you’re hardworking and have shown potential whereupon you will be invited for partnership. Or you can open your own company. After a few years’ experience and hard work, you can have a comfortable income, between RM5,000 to RM10,000 a month.

What are the career prospects?

After years of being a lawyer, when they have proven themselves to be men of integrity and competence, some members of the Bar have been elevated to the bench as judges. 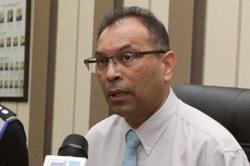